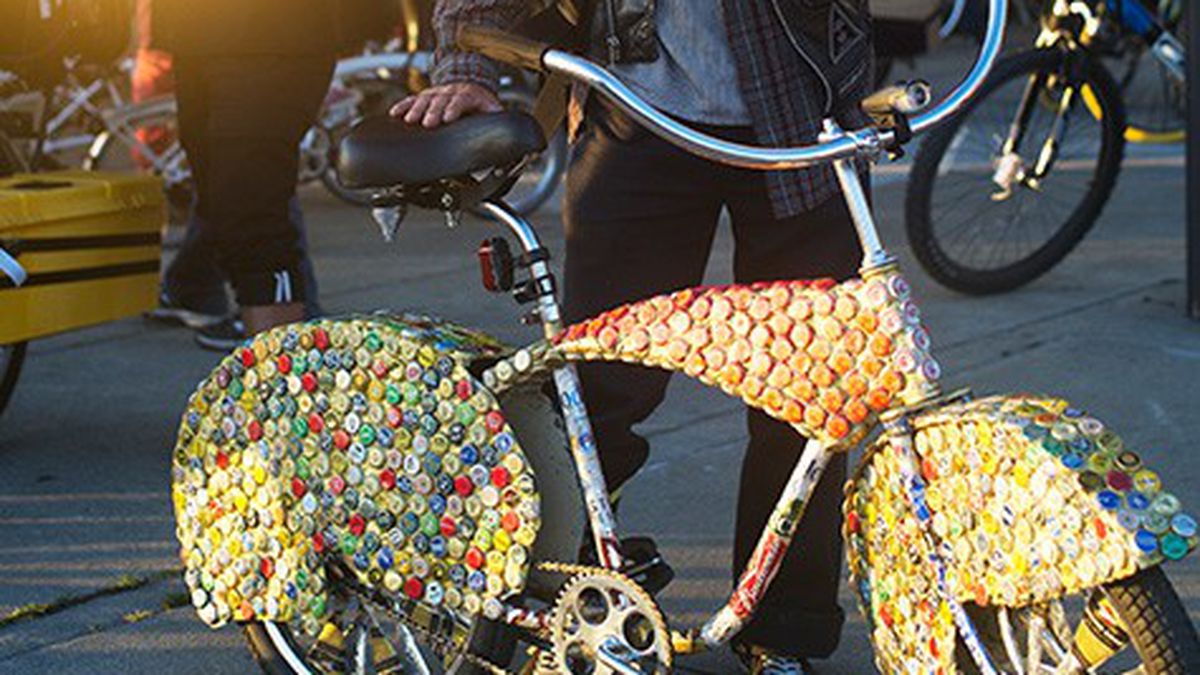 A guide to the summer's best group bike rides.

If you begrudgingly spend your weekend nights waiting in line to get into a club that plays music you hate in hopes of meeting someone, or sitting in your room alone re-watching episodes of Breaking Bad in hopes of understanding all the references that your friends are still making, there is another option: bike parties. Whether you’re a politically minded rider looking to change the culture of transportation, or just seeking good music, lights, and dancing to accompany your ride, bike parties have you covered.

Kick off the summer with the third installment of Hella Big Bike Party, which is organized by the Los Angeles biking group Midnight Ridazz, in conjunction with the San Francisco, Oakland, and San Jose bike parties. This party will feature a food truck and games such as tug-of-war and jousting, according to the event’s Facebook page. Volunteers from the East Bay and San Francisco bike parties will be on hand to help foster bicycle safety. The planners have yet to announce the route, but it will be more than twenty miles. Riders are asked to observe bicycle etiquette by, for example, staying in the right lane and not getting overly intoxicated and causing crashes. The ride will likely be similar to the East Bay Bike Party in size, so expect plenty of people in costume and decorated, lit-up bikes. Meet up at 7:30 p.m. at the Richmond BART Station; roll-out time is 8 p.m. to catch the sunset.

First Friday of the Month

San Francisco’s Bike Party tends to attract fewer riders than its sister parties in the East Bay and San Jose, creating a more intimate feel. The ride usually starts at or near a BART station for easy access and generally avoids big hills, so as to make for a leisurely twenty-mile ride. (Routes are posted on the group’s Facebook page a few days before each ride.) This is not to say that hills are nonexistent, however; you are in San Francisco. While the smallness of San Francisco’s bike party is nice, it can also be problematic since the city’s many traffic lights and stop signs can break up the group. However, volunteers are plentiful and help direct traffic, ensure nobody gets lost, and help with bike repair. Meet-up is at 7:30 p.m., roll-out is at 8 p.m. Facebook.com/SanFranciscoBikeParty

Second Friday of the Month

According to organizers, the East Bay Bike Party has attracted a growing number of riders in recent years — nearing 1,000. The rides have loose themes, which extend to riders’ outfits and tricked-out bikes, as well as the route’s awesome hangout spots. The group announces the starting and end point of the ride via Facebook, but doesn’t reveal the actual route in order to deter people without bikes from congregating at the stops. Because of the large number of people, it’s nearly impossible to get separated from the group, but it also results in rides occasionally ending prematurely if police are called to break up the party. The ride is usually about twenty miles and starts at one of the East Bay’s many BART stops. Meet-up is at 7:30 p.m., roll-out is at 8 p.m. EastBayBikeParty.Wordpress.com

Last Friday of the Month

No leaders, no organizers, no route. The most politically charged ride in the Bay Area is simply a mass congregation of cyclists riding throughout San Francisco, largely to raise awareness of bike culture. While other rides have specific rules, such as prohibitions on going into the left lane of traffic, this ride is a little more relaxed (although riders are encouraged to not yell at motorists). Critical Mass also tends to be more hilly and traffic-y than both the San Francisco and East Bay bike parties because it starts earlier in the day. Without a fixed destination or leader, the ride lasts as long as you’d like. Meet up is at 5:30 p.m. at Justin Herman Plaza (by the Embarcadero BART stop), roll-out is at 6 p.m.

Biking nudists, rejoice! There is a bike party for you. The Northern Hemisphere’s World Naked Bike Ride takes place every year on the second Saturday of June — this year’s event is on June 14. The ride isn’t just an excuse to bike in the buff; it’s also a protest against oil dependency, as well as the anti-nudity law in San Francisco. That said, riders need not feel obligated to take off all their clothes, as organizers stress the comfort of participants. The ride takes place during the day, and is the smallest of the aforementioned group rides, with around fifty attendees. However, it’s also the longest route (around thirty miles) and, not surprisingly, attracts the most attention from tourists and locals alike. Riders shout out chants such as “Less gas, more ass!,” keeping the protest light-hearted. The route and meet time have yet to be determined; check the group’s Facebook page for updates. Don’t forget sunscreen! WorldNakedBikeRide.org