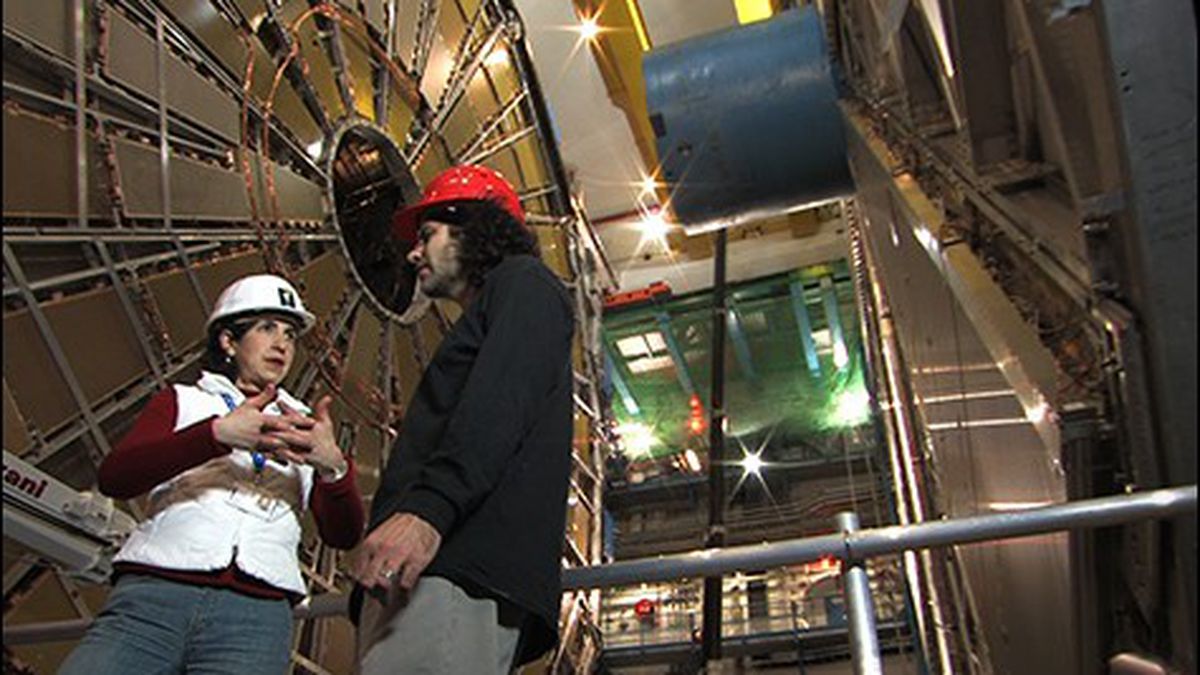 Why is the universe so big? When did it begin? When is it going to end? What is the Higgs boson? Why should we care? And why did someone make a movie about all that? The answers to these questions, and more, are in Particle Fever, a brilliant new documentary about the largest scientific experiment in history. At last, some nerds we can actually sympathize with.

That’s because the 10,000 scientists from more than 100 countries working in Geneva, Switzerland with the Large Hadron Collider for CERN, the European Organization for Nuclear Research, would be the first ones to tell you that they really don’t know everything about their subject. Nevertheless, they’re consumed by the experiment. Filmmaker Mark Levinson introduces us to a few likable physicists among the participating thousands, and we find out about matter, space, the Big Bang, the “God Particle,” and the massive apparatus (seven-ton super-conducting magnets; a seventeen-mile ring for smashing protons) needed to replicate the flash that began life as we know it.

“Why are we doing this?” asks one of the researchers. “What we tell people is: We are reproducing conditions just after the Big Bang so we can see what it was like when the universe just started.” The truth, the thing that drives scientists, is more like: “We’re trying to understand the basic laws of nature.” Such a quest can prove humbling, and this is the humblest bunch of scientists we can imagine.

The history of the quest has its ironically humorous moments. The original project started in the United States but Republican Congresspeople killed the funding (there was no military or commercial application) so now everyone gathers in Geneva. Evidently the World Wide Web was invented so that scientists could share data on the experiment — that’s sure to be a hot topic on Twitter. A fringe group of physicists feared the LHC would create a black hole that would swallow up the Earth. But the search for the key to everything in this world and the next goes on, despite thousands of unanswered questions. Such as: Is the Higgs unstable? If so, there goes the universe. Stay tuned.