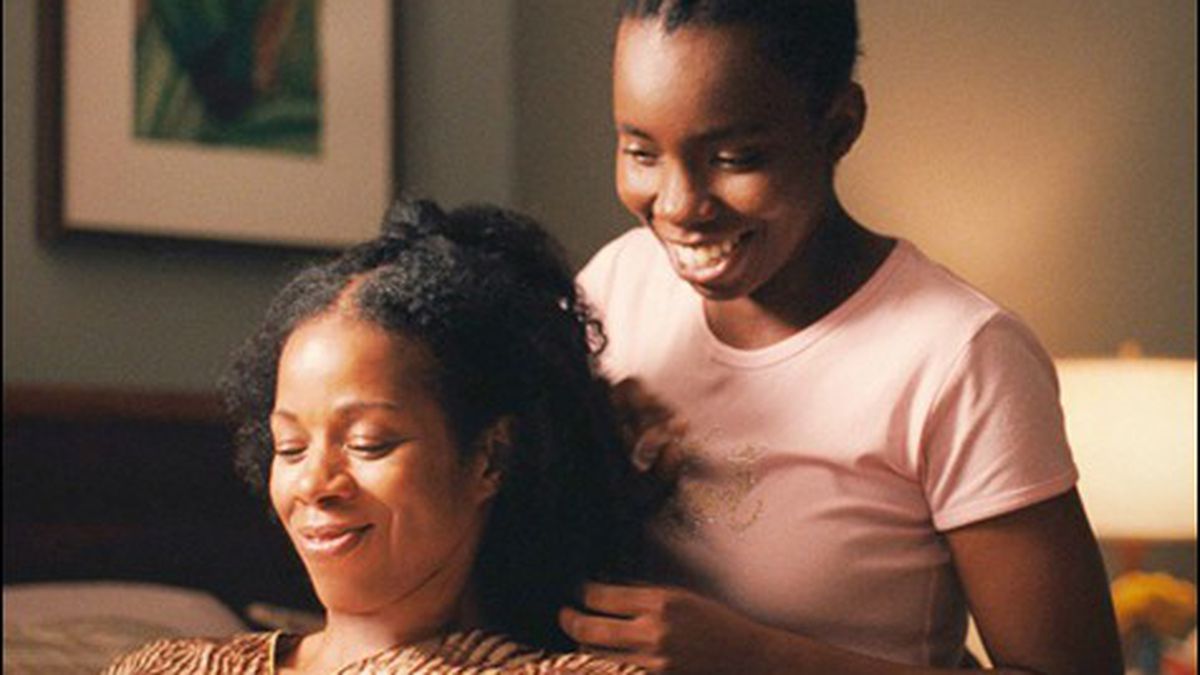 A rose blossoms in Brooklyn.

Near the beginning of Pariah, we observe a Brooklyn teenager named Alike getting on a subway train and undergoing a complete transformation, from an edgy, gender-unspecific hipster to an ordinary teenage straight girl. She’s on her way home and has to conform. The scene is played matter-of-factly, as if it’s something budding African-American lesbian Alike Freeman (pronounced Ah-LEE-kay) does every day, which she probably does.

But it shows us a lot about the actress, Adepero Oduye, and the film’s writer-director, Dee Rees. The resignation written on Alike’s face in the midst of her sad masquerade reinforces our feeling that Pariah possesses something different, an attitude, a flavor, that lifts it above most other similarly themed “social problem” dramas.

The “problem” that gives Rees’ powerful character study its title is strictly in the minds of Alike’s middle-class parents. Arthur (Charles Parnell) is a stressed-out police officer; Audrey (Kim Wayans) is a deeply religious woman determined to iron the rebelliousness out of her older daughter — Alike’s younger sister Sharonda (Sahra Mellesse) mostly watches from the sidelines — for the sake of appearance. Daughter in heat, mother in total denial. In that respect Pariah is no different than dozens of well-meaning gay-youth dramas of the “after-school” variety.

The crucial difference is in Rees’ candid point of view, matched with actress Oduye’s pointedly un-glamorous portrayal of the A-student “daddy’s girl” who has different ideas of how to live her life — she has eyes to attend UC Berkeley. Yo! Alike is butch and conflicted, a writer of poetry who fingers folding money into the crotches of pole dancers. Raw scenes inside the local women’s sex club, realistic dialogue, and natural Brooklyn funk aren’t just sprinkled into Alike’s story — they’re embedded. Above all and despite the tough-girl act, Alike is a newbie. It registers in her every move and in the tentative way she romances the much more experienced Bina (Aasha Davis), ironically a family friend’s daughter foisted on Alike by her mother as a “straight role model.” Oduye and Davis set new standards for gay-lesbian coming-out play-acting with these “everyday people” rebel girls, the furthest imaginable from mass-market sex-object images. This particular genre will never be the same after Pariah.

Acting honors all around. Just because the coming-out drama formula has been abused doesn’t mean that imaginative, thoughtful filmmakers like Rees can’t storm in and recapture the essential freshness this type of story demands. Don’t shun this movie, embrace it.

Dan Savage: Doing It with an Audience

Highs and Lows at Lungomare