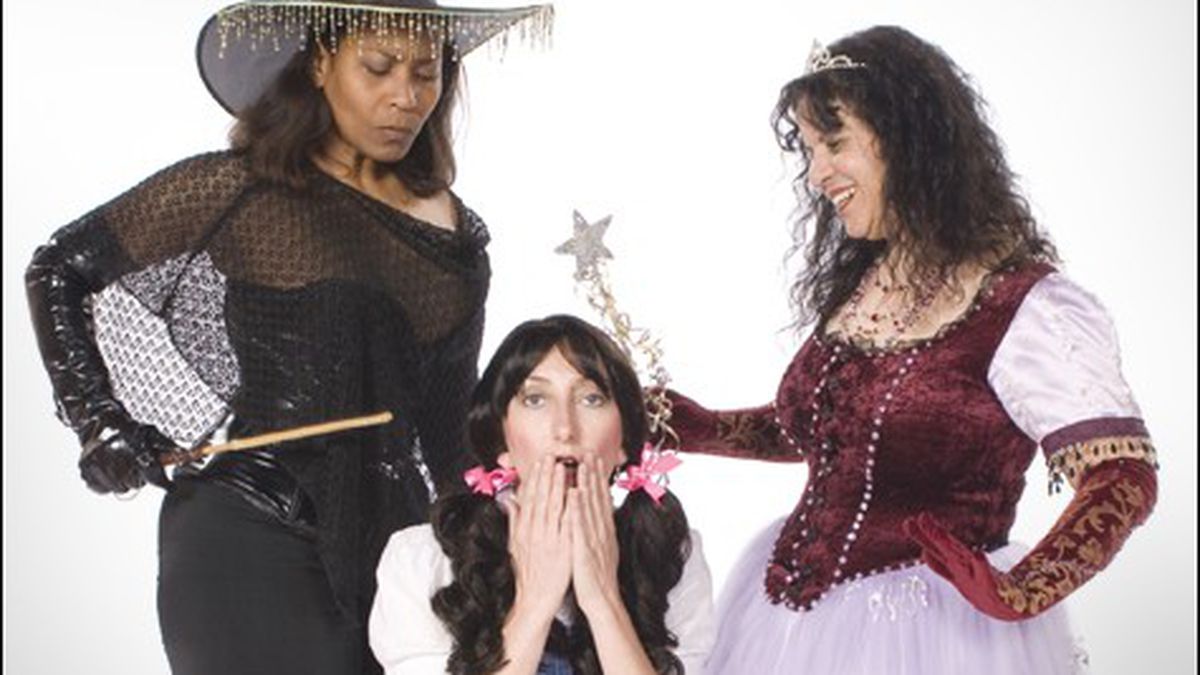 Oz to the Left

Stephanie Reif rewrites a classic play with all lesbian characters.

Everyone who saw the MGM version of The Wizard of Oz has the same indelible image of Dorothy Gale imprinted on his mind’s visual screen: Pigtails. White pinafore. Blue gingham apron. Wicker basket. Red bow lips. Local playwright Stephanie Reif used the same template for her own Dorothy, with one twist. In Reif’s Oz-spinoff — appropriately titled Left of Oz — Dorothy is a lesbian. She comes out to Aunt Emma early in the play, then embarks on her journey down a yellow brick road that leads, naturally, to San Francisco. Specifically, this road ends at a corner of Market Street that’s wedged between Castro and Octavia, close to the LGBT Community Center. There, Dorothy (played by Sarah Mosby) encounters a whole taxonomy of lesbian characters, including a hippie scarecrow, a leather-butch lion, and a samba teacher with a big heart.

Reif says she wasn’t trying to play the Oz characters against type. Dorothy is still a seeker. The scarecrow-ish Jazmin (Amelia Mae Paradise) is free-spirited and infectious. The lion (Helena J) is tough and stony on the outside, with a soft interior. Aunt Emma (Val Scott) is the unwaveringly supportive parental guardian. There’s even a good witch (Reif) and a “naughty” witch (Adrienne Seltzer). And it turns out they have a past.

The difference, of course, is that all of these characters derive from a single rarefied subculture. It’s not only lesbian, but also very specific to San Francisco. “A person from the middle of the country wouldn’t know what we were talking about,” said Reif, who had Jazmin translate all the hip West Coast lingo into a language more suited for Dorothy’s virgin ears. “So the leather butch is talking about something like ‘strapping on,'” Reif said. “And Dorothy’s like, ‘What’s ‘strapping on?’ And Jazmin says, ‘I’ll tell ya later.'” At one point, Dorothy regrets not staying home in Kansas and marrying the boy next door. Her new friends scoff. “Eh, there’s nothing you can get from a dude that you can’t buy in silicone,” says the lion. Dorothy is flummoxed. Reif worries that the joke might go over everyone’s heads.

Probably not. With its insider jokes and fervent identity politics, Left of Oz is definitely tailored to a niche audience. But it’s also a fun musical send-up, packed with enough song-and-dance numbers to placate the uninitiated, said Reif. There are thirteen musical breaks in all, including a Bob Fosse-style dance in a leather bar, and a “Forget That Girl” tap dance to cheer up Dorothy when she thinks she’s lost her boo. (Douglas Caldwell handles all the choreography.) When Reif wrote the original in 1995, she used parodies of Broadway tunes. Upon rewriting the play a few years ago, she threw out the old score and made a new one from scratch, using all original material. Granted, the lyrics always nod to the source material — i.e., Jazmin’s signature tune “If I Don’t Burn Out My Brain.” In many ways, this Oz harks back to old-school musical revues. It’s just a little to the left. Left of Oz runs July 2-18 at the Ashby Stage (1901 Ashby Ave., Berkeley). LeftofOz.com