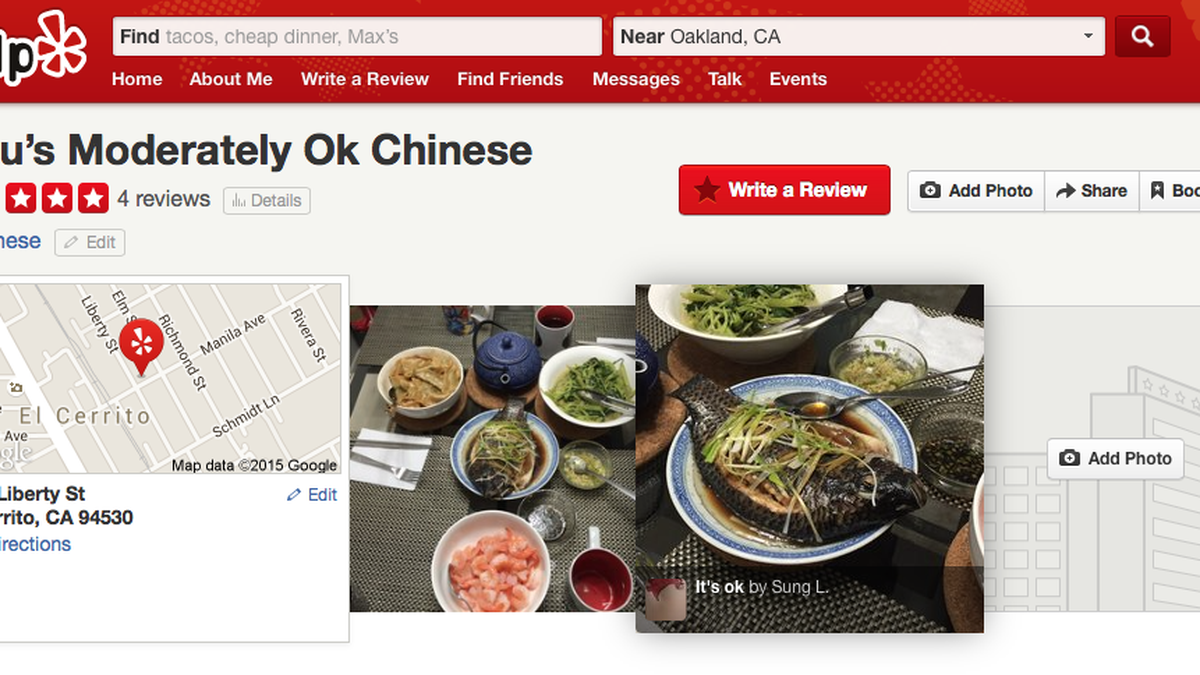 Share
Facebook
Twitter
Linkedin
Here’s a brief epilogue to last week’s story about Chiu’s Moderately Ok Chinese, a fictitious restaurant whose fake Yelp reviews and incredibly appealing name led me on a wild goose chase that ended outside a random woman’s house in an El Cerrito residential neighborhood. As it turns out, it was all an inside joke among a group of friends, who had posted “reviews” of their friend’s dinner party (and were very apologetic when I told them about my misadventures).

[jump] Just when I thought the whole saga was over, I got an email from Chiu himself — who, as it turns out, really does exist and gave me hope that the restaurant Chiu’s might someday go from prank to reality. Brian Chiu, an El Cerrito resident and art department manager for a specialized printing company, told me that he did, in fact, cook all of the dishes pictured in that review — homestyle southern Chinese recipes that he learned from his parents.

The name, he explained, was something he came up with in college. The idea was that if customers complained, he’d just say, “What’d you expect? We’re just okay.”

But my biggest takeaway? Chiu said that he worked for a while as a supervisor at a Boudin Cafe & Bakery, and that he has, in fact, occasionally thought about opening a restaurant. All of which means that the dream of Chiu’s Moderately Ok Chinese is still alive.

Next ArticleCaleborate Dared to Cry at the New Parish Last Night