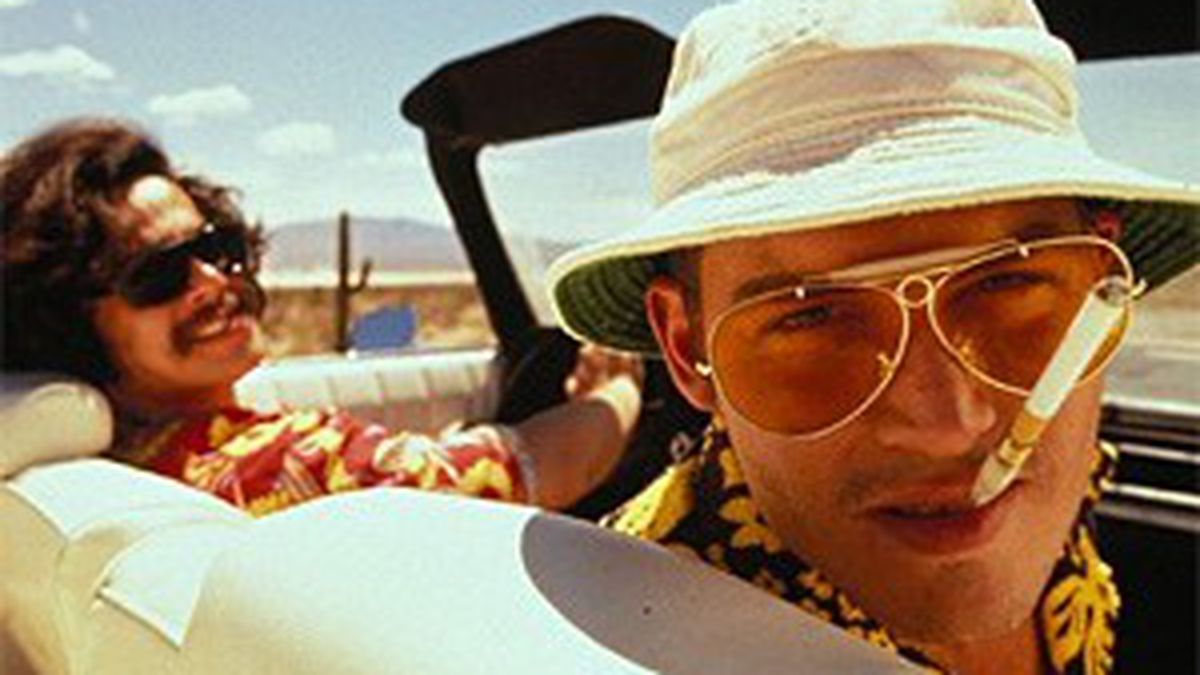 In this week's rep picks, a doc on gang culture, fear and loathing on the road, and a rebel without a cause.

Follow Me Home — A racially politicized road movie about a mixed group (one African American, one Native American, two Hispanic cousins) of California street muralists traveling cross-country in a van to try to paint a mural on the White House. On the way they meet Alfre Woodard and a bunch of very ugly men in Civil War uniforms, and bad things happen. It’s pretty simpleminded, with stereotypes a cheap slasher flick would be embarrassed to present. Written, directed, and produced by Peter Bratt, who has delusions of grandeur. Jesse Borego, Benjamin Bratt (very good as the archetypal bonehead sexist homeboy), Calvin Levels, and Steve Reevis star as the four muralists (101 min., 1996). — K.V. (GL, 7:00)

Fear and Loathing in Las Vegas — There are some wide-open spaces in the screenplay, and director Terry Gilliam slops on the vomit and hysteria a bit too thickly, but the Gilliam-Johnny Depp-Benicio Del Toro version of Hunter S. Thompson’s classic of New Journalistic dope-and-weirdness is one of the few movies — maybe the only one — to capture the middle-class recreational drug culture’s essential details perfectly. The question is: Do we really need to take this trip? Depp disappears into the character of Thompson, on assignment to cover a motorcycle race in Nevada in 1971; he even shaved his head bald for the role. Del Toro is also a riot as the writer’s menacing attorney. With Ellen Barkin, Cameron Diaz, Gary Busey, Christina Ricci, and Penn Jillette in frenzied cameos. Screenplay by Gilliam, Tony Grisoni, Tod Davies, and jilted helmer Alex Cox (118 min., 1998). — K.V. (S, midnight)

Rebel Without a Cause — James Dean, Natalie Wood, Sal Mineo: 24 hours in which they must grow up or die. This was one of the central films of the 1950s, and time has only confirmed its excellence. Director Nicholas Ray perfectly assembled the dramatic and structural elements, and his evocation of the zeitgeist pinpoints crucial data while ignoring trivia. This is the film in which James Dean defined himself for all time, in a performance with grace and eloquence so purely cinematic that without a camera, it couldn’t exist. Ray’s finest achievement, and a film for the ages (111 min., 1955). — N.W. (Cerrito, 6:00)

Goodbye, Dragon Inn — Inside the cavernous, dripping, old Taipei movie palace, a showing of the 1970s martial arts epic Dragon Inn is watched by a collection of weirdoes, including a somnambulant Japanese man and the theater’s disabled ticket-taker. What could director Tsai Ming-Liang be trying to tell us? (82 min., 2003). (PFA, 3:00)