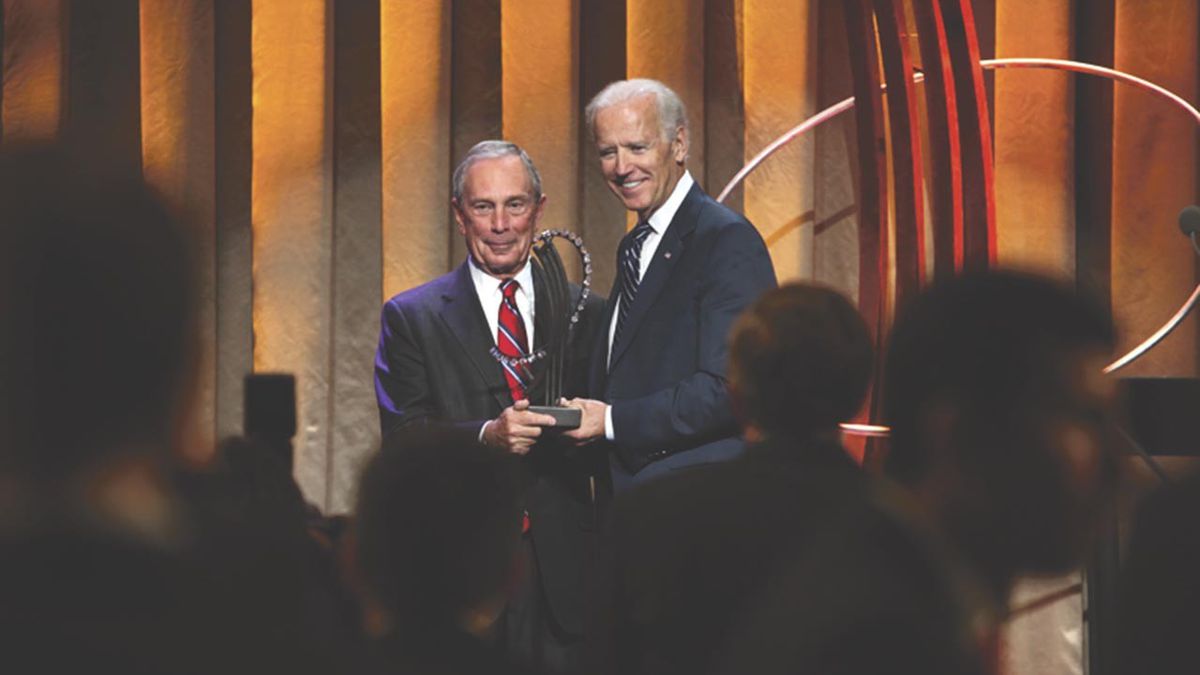 The mystery surrounding Democratic presidential candidates Joe Biden and Mike Bloomberg’s weird anti-cannabis stances isn’t so much the fact that the two are essentially prohibitionists. There are lots of those still around and, after all, they’re old dudes. The mystery is why they have been so bizarrely strident about it, given the direction of public sentiment in recent years. Just how out of touch they are on the subject is evident from both their hard declarations and their later equivocations.

Last month during a town hall meeting in (of all places) Las Vegas, Biden was asked whether his historically hardline stance on pot had changed. “No, it hasn’t changed,” he responded.

That’s not quite accurate. Where Biden had once declared flatly that he believed the thoroughly debunked (and inherently illogical) idea of pot as a “gateway drug,” he stopped just short of that in Vegas. In 2010, as vice president, Biden said “I still believe it’s a gateway drug,” adding, “I’ve spent a lot of my life as chairman of the Judiciary Committee dealing with this. I think it would be a mistake to legalize.”

Now that cannabis has been legalized in many states either for medical purposes or for recreation, Biden has hedged a bit. Where in 2010 he was certain about pot being a “gateway drug,” he said this in Vegas:

“The truth of the matter is, there’s not nearly been enough evidence that has been acquired as to whether or not it is a gateway drug. It’s a debate, and I want a lot more before I legalize it nationally. I want to make sure we know a lot more about the science behind it.”

But then, a week after the Vegas debacle, he denied, in a rather Trumplike fashion, that he had ever said any such thing. In a conference call with reporters, he was asked about having called pot a gateway drug. He responded: “I didn’t. I said some say pot was a gateway drug.” And he added flatly, “I don’t think it is a gateway drug. There’s no evidence I’ve seen to suggest that.”

Biden went on to reiterate his previously announced stances: he supports decriminalization, expunging prior criminal records, and rescheduling pot as a Schedule II narcotic, which would allow, for example, federal funds to be used for testing.

Plenty of studies have debunked the “gateway” notion, finding that most people who use cannabis never go on to use harder drugs. Biden knows this. As he had bragged, he was chairman of the Senate Judiciary Committee, where this idea was discussed and debated years ago. But even aside from the studies, it simply makes no sense: if a person becomes a heroin addict, does he start by spiking a syringe full of Mexican Brown into his thigh? Of course not. He starts with the most easily accessible drugs: pot and alcohol. That doesn’t mean that drinking a beer or smoking a joint “leads to” heroin addiction.

If anything, Bloomberg’s pronouncements and backpedals have been even more disorienting. In January, when he was already well into seriously considering a presidential run, Bloomberg called cannabis an “addictive narcotic” (neither word is accurate) and that legalization “is perhaps the stupidest thing anybody has ever done.” He said this after decrying the rising number of deaths from “ODs,” nearly all of which are the result of opiate use. (It’s essentially impossible to overdose on THC.)

And now, like Biden, Bloomberg has reeled himself back, a little. Just as with stop-and-frisk policing — which he implemented as mayor of New York City and continued to brag about for years after, before disavowing it a few weeks ago — his views on cannabis have “evolved.” A spokesperson told The Wall Street Journal last month that Bloomberg supports decriminalization and believes the federal government shouldn’t interfere with states that have legalized pot.

Nothing there about “ODs” or whether pot is an “addictive narcotic” or a “gateway drug” or not, but at least he’s OK with states doing “the stupidest thing anybody has ever done.”

It’s clear that neither Biden nor Bloomberg have really studied the subject, and that they’re both playing to their perceptions of what “middle Americans” think about cannabis. But their perceptions are wrong. A Pew Research survey published last month, just days before Biden was talking about how “some say” pot is a gateway drug, found that two-thirds of Americans favor full legalization, and that more than 90 percent of them favor legalization of at least medical marijuana. And 80 percent of Democrats favor full legalization.

This is hardly a top issue for most voters, but the statements of these two candidates reveal more about them than just what they think about pot. They seem oblivious to the sentiments of their own constituents. They seem, in fact, to be stuck in the ’80s.&#8;