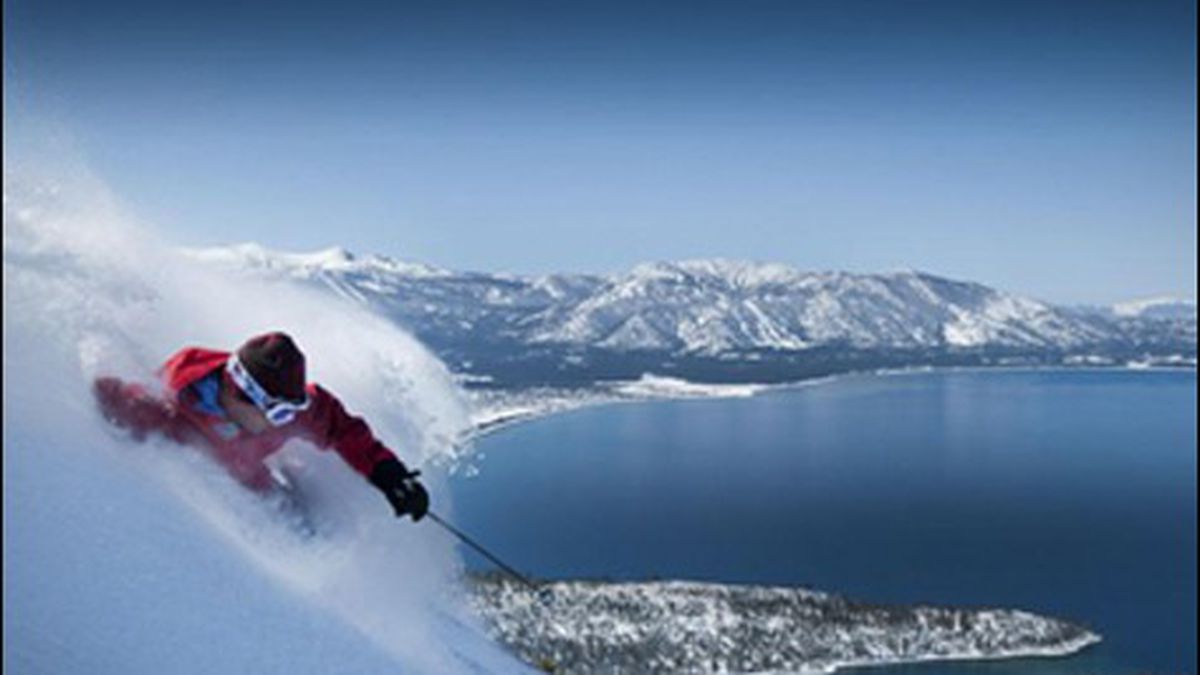 Off to a Powdery Start

Wax that board, check last year’s gear for tears, and sign up for a powder alert — the 2012-13 ski and snowboard season in Lake Tahoe beckons.

A cold, wet November launched the winter snow sports season early in Lake Tahoe, and while the seasonal weather forecast remains mixed, both skiers and resorts are acting with confidence, sources say. Snow lovers are snatching up early-bird deals on season tickets at Lake Tahoe’s eighteen world-class resorts, while resorts are busy hiring staff and finishing tens of millions of dollars in capital improvements to draw everyone from toddlers to grandparents out onto the slopes.

It all starts with the weather.

Two strong, cold, wet, early winter storms brought several feet of snow to the Lake Tahoe area in October and early November, but the outlook for the entire winter is mixed. A weak El Niño will bring below-average precipitation to the region this winter, according to forecasting from Tahoe Weather Discussion’s Bryan Allegretto, a must-read forecaster devoted to the region.

El Niño is the name of a cycle of oceanic warming in the Pacific Ocean that can bring extra moisture to California.

“… [I]n a weak El Niño year we do tend to get an early start to the snowfall before we fizzle out going into the Winter,” Allegretto wrote on TahoeWeatherDiscussion.com. “We could see a cold and snowy Fall here [but] one thing is almost certain, this will not be anything like the last couple years in the Pacific NW and could be really dry.”

Allegreto predicts “75-85 percent of average” snowfall this year “with an early start to the cold and snow and then a more even spread out winter. I don’t think we will see too many of those 100-inch weeks like in 2010-11, and hopefully no six-week droughts like last January,” he wrote.

Indeed, the 2011-12 ski season punished resort operators. That winter saw a La Niña weather pattern, with little precipitation early in the season and a bone-dry New Year, followed by a wet spring.

“[Last ski season] was one of the more challenging seasons that we had in the Sierra in terms of snow,” said Julie Maurer, president of Ski Lake Tahoe, which represents six huge resorts around the gorgeous lake. “We didn’t get early snow.”

By contrast, many resorts opened early this month due to the storms. Resorts that would have opened for Thanksgiving with man-made snow were open as early as November 14 with a mix of natural and synthetic snow that allowed for top-to-bottom skiing in some places.

Long-range forecasting is as much an art as it is a science, Maurer noted. In a study of eight analogous years, Allegretto found that six years posted below-average snowfall, “but two of them were huge years,” he wrote. So start praying, powder-hunters.

What’s certain is heavy, pent-up demand for rooms and season passes, Maurer said. “It seems like the skiing public is optimistic about the season, based on lodging reservations we have on the books and season-pass interest,” she said.

By far the best deal for regional travelers are season passes, Maurer continued. They pay for themselves within four or five days of skiing, and the rest of the year is gravy. Among them, the Alpine Meadows and Squaw Valley “Super Pass” just got better with the addition of Sierra-at-Tahoe, down in South Lake Tahoe. Gold and Silver “Super Pass” owners are now “Super Pass Plus” owners, and can ski or board at all three resorts, as opposed to just two. Passes cost $269-$749.

For those who can’t commit to a season of awesomeness, however, advanced online ticket purchases offer good deals, Maurer said. Customers must buy tickets online three to five days in advance, but they’re cheaper than resort ticket-window prices. More and more resorts also use radio frequency identification chips in their passes, so you can go online and “re-load” your used pass at the best advance rate, then go directly to the lifts.

Mt. Rose is offering deals on lift tickets and Reno lodging starting at $79. Alpine and Northstar are offering four-night stays for the price of three.

Aiming to host the 2026 Olympics, the region continues to make substantial infrastructure investments that’ll benefit visitors this season. Reno-Tahoe International Airport finished $27 million in improvements to security and baggage areas, making it “the nicest airport of any ski resort you could go to,” Maurer said.

CalTrans also completed resurfacing and widening roadwork on Tahoe segments of Interstate 80. Some segments of I-80 were down to one (nightmarish) lane last winter. “They’ve finally finished that,” she said. “There’s three lanes and it’s all brand-new and much better.”

The resorts themselves have continued an $100 million capital-improvement spree in the face of a national resort industry pull-back, Maurer said. “We are spending more than just about any mountain resort area in the nation this year in terms of these improvements,” she said. “We’re very fortunate in Tahoe that resorts have not pulled back.”

It’s easier than ever for newbies to get onto the mountain this year. Advances in fitted ski boots, heated jackets, specially designed rocker skis, and beveled snowboards have made it very, very easy for beginners to learn. “It can change your skiing,” said Maurer, a veteran of snow sports for thirty years, about rocker skis. “It makes it so easy.”

Meanwhile, professionals can push farther into backcountry in 2012. Kirkwood’s new “Howitzer avalauncher” can open up the resort’s infamous vertical chutes faster after a big dump. Northstar is offering guided backcountry tours via snowcat, and Sierra-at-Tahoe has opened up Huckleberry Canyon to guided snowcat tours. Alpine and Squaw will again allow backcountry travel between the two resorts, conditions permitting.

Just a few hours’ drive from the Bay Area, Tahoe’s resorts offer more to explore than can be done in a lifetime, Maurer said.

“All the resorts offer something different not just in terms of brand personality, but in terms of topography and terrain,” she said. “It runs the whole gamut from wide-open bowl skiing to tree-line skiing to incredible views of Lake Tahoe. The variety we can offer is one of our best selling points.”

Time to clip in.

Leave the Pizza, Take the Cannoli (and Stromboli) at Marley G’s...