.Oakland’s New Budget — What’s in it for the Arts? 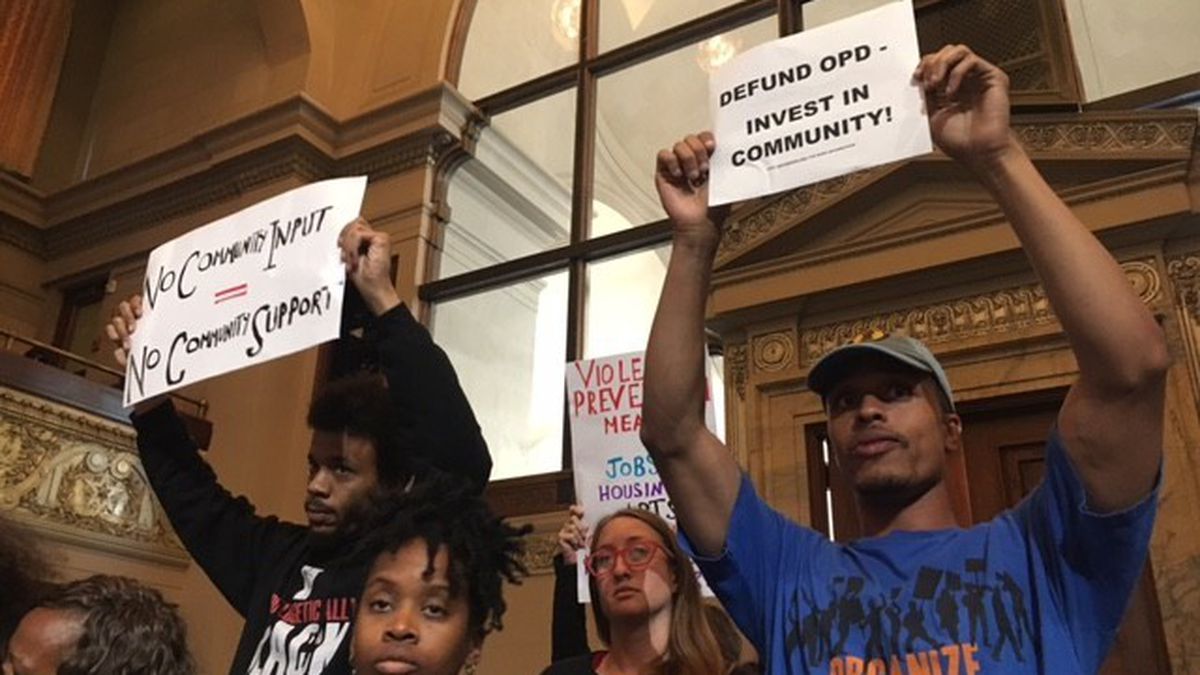 The budget passed by Oakland City Council a couple weeks back includes funds for the arts, but activists say that cultural organizations need even more public support — and now.

Councilmember Larry Reid’s two-year budget amendments, passed after bitter debate and procedural jousting on June 29, allocate $233,000 to arts grant funding — but not until next year — plus more than $150,000 for administrative costs related to reviving the Arts and Culture Commission.

According to Oakland cultural affairs manager Roberto Bedoya, who was hired for the position last year, this brings the city’s annual grant-making budget to approximately $1 million. But that’s down from a pre-recession peak, he noted, of $3 million.

“When I walked into this role seven months ago, I found an agency that was pretty anemic,” Bedoya told the Express. “So, this is an improvement.”
Bedoya also said that, with the additional funding, “the commission will be up and running by the end of the year.”

Arts advocates call this promise heartening. Reanimating the commission, which dissolved in 2011, is a chief priority of the activists, artists, and gallery owners with the Oakland Creative Neighborhoods Coalition. The organization, co-founded by Betti Ono Gallery proprietor Anyka Barber in 2015, formed in large part to demand just that from the city’s last budget cycle.

“It is great to hear,” OCNC organizer Brytanee Brown said. But there’s a catch: “The budget that was passed doesn’t fully fund that commission.”

Writer and community activist Eric Arnold emphasized his disappointment that Reid’s budget withholds the extra one-time grant funding until next year. He criticized elected officials’ “lip service,” and in particular their preference for protracted studies, especially in the face of immediate crisis. Echoing the activists who spoke during heated budget meetings, he argued that cultural divestment connects directly to displacement.

“City officials, especially electeds, need to wake up and smell the $16 Blue Bottle coffee, and realize that they are allowing culture shift and the loss of Oakland’s identity to happen on their watch,” Arnold told the Express. “Investing in the arts has been identified as a key economic development and anti-displacement strategy for at-risk populations.”

In the budget process, OCNC organized with Refund Oakland, a coalition of activists focused on defunding the police to better address issues such as homelessness and displacement. “We see our issues as hand-in-hand, and we didn’t want officials to pick us off one-by-one,” Brown explained.

Refund Oakland members supported a competing proposal from councilmembers Rebecca Kaplan, Desley Brooks, and Noel Gallo. Their budget, killed by legislative maneuvering, set aside $800,000 for arts and culture, plus more than $300,000 for the arts commission. These numbers, Brown said, recognize the urgency, whereas OCNC activists’ outreach to Reid during the budget process left them with the impression that there was “no seriousness.” She stressed the high number of grant applicants denied — 64 percent, according to Bedoya — due to insufficient funds.

“The council and the mayor give us all this rhetoric about being invested in anti-displacement,” Brown said. “Well, we proposed a number that’d help keep Oaklanders in Oakland, and allow them to express their culture.”

Public funding is especially important to nonprofits that serve marginalized communities, Brown added, citing for example the performing-arts groups housed in the Malonga Casquelourd Center for the Arts. “We’re talking about the art of Black and brown communities, art and culture that’s about healing and responding to injustices,” she said.

Brown shared how she grew up with lots of access to culture. “We don’t have that anymore,” she said. “The community is rent-burdened. Parents don’t have money for extracurricular activities. So, these programs need to be subsidized.”