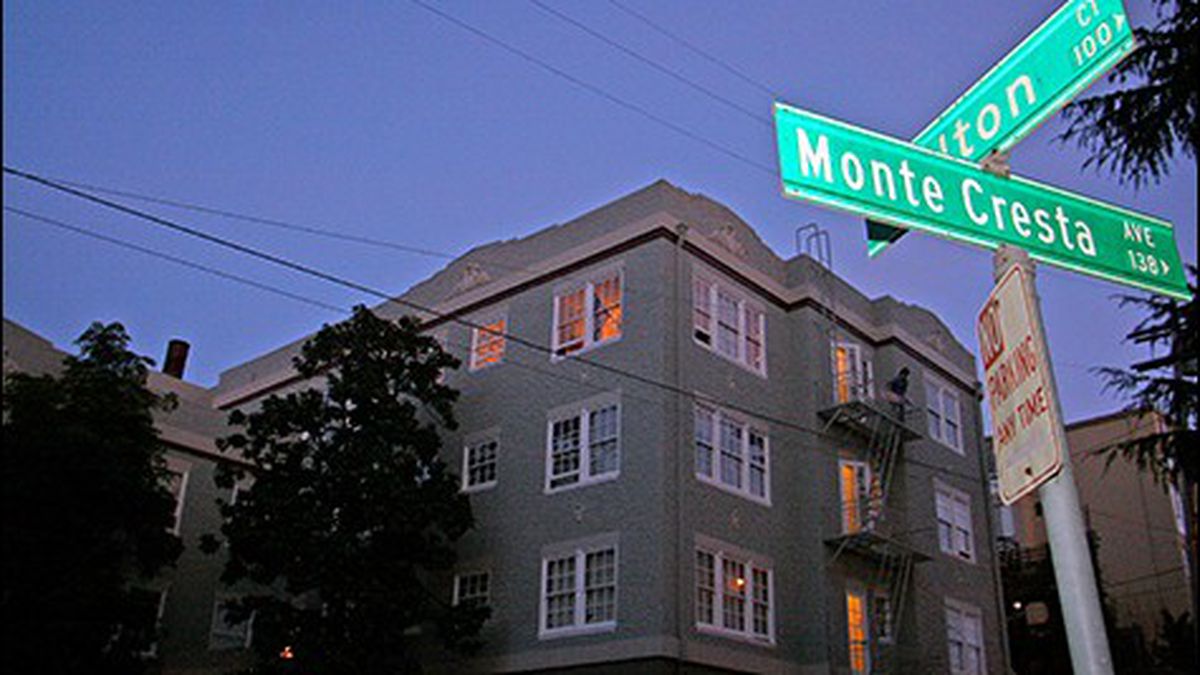 But tenants groups say the proposed new regulations are too weak and will still allow landlords to jack up rents and force people from their homes.

If you are a tenant in a rent-controlled unit in Oakland, city law prohibits your landlord from raising your rent by more than the increase in cost of living each year. But there are loopholes in this law. For example, if the building owner decides to spend $300,000 sprucing up your ten-unit complex with a fancier lobby and exterior siding, all-new windows, and other upgrades, then you and the other tenants could each see your rent go up by $500 a month on top of that cost-of-living increase.

Next month, the Oakland City Council will consider new rules that would tighten such loopholes in the city’s rent control law. The proposed new rules also would address another loophole that allows landlords to increase rents to “pass through” to tenants 95 percent of the cost of debt service — payments on the principal and interest of a mortgage or other loan on the building.

However, tenants groups contend that the proposed new rules are still too weak, and will result in more city residents being evicted from or forced to leave their homes. Tenant activists, in fact, have long been campaigning for stricter limits on “pass-throughs,” including the one that lets landlords charge tenants for the entire cost of capital improvements to a building. But change is especially important now, said Robbie Clark, an organizer at Causa Justa/Just Cause. “What we’re really concerned with is that increases in rent are driving people out of Oakland,” he said.

“There’s now huge pressure on housing in Oakland,” added Marc Janowitz of the East Bay Community Law Center. “So now it’s especially important to enforce the purposes stated in the rent control ordinance — to keep the city affordable because we value diversity.”

City Councilmember Dan Kalb also contends that the city’s proposed new rules don’t go far enough, and so he has introduced amendments and additions that would provide more protection for tenants. “The city is moving in the right direction, just in a very modest way,” he said. “I’m trying to take a few more steps in that direction.”

As city staffers began to actively work on revising Oakland’s rent control rules last year, tenants rights organizations met in July to form the Tenant Justice Campaign. Led by Causa Justa/Just Cause, the Oakland Tenants Union, the East Bay Community Law Center, and the statewide group Tenants Together, the campaign drew up its own proposals for changes in the regulations: For debt service, they want to eliminate the pass-through altogether. For capital improvements, they want to allow landlords to pass through only 25 percent of their costs; to limit total annual rent increases — cost-of-living plus any pass-throughs — to 10 percent; to require landlords to get permission ahead of time for capital improvement pass-throughs; and to define “capital improvements” strictly, so landlords can’t raise the rent to pay for routine maintenance. A number of community organizations and labor unions as well as the Alameda Central Labor Council have endorsed the Tenant Justice Campaign proposals.

Charging tenants for landlords’ debts is “so out of the mainstream,” said James Vann of the Oakland Tenants Union. Only three other cities in California have a provision allowing debt-service pass-throughs; none allow building owners to recover almost the whole cost; and in other cities this pass-through is very restricted and rarely used. In fact, Greg McConnell of the Oakland Jobs and Housing Coalition, which represents big landlords, noted that building owners are not supposed to incur debts if the income from the building isn’t enough to pay them back.

For capital improvements, landlords are now allowed to pass through the full cost to tenants, under the theory that the improvements benefit the tenants. But Vann said his group “has long advocated splitting the cost, because of the obvious benefits the owner gets from the improvements,” such as the increased value of the property, tax breaks for investing in the business, and tax breaks for depreciation. In addition, now landlords can raise rents high enough to pay themselves back for the investments in just five years. Paying for a major investment over this short time can mean raising each tenant’s rent hundreds of dollars a month.

The debate over pass-throughs raises another sore point with tenants. “The big thing that makes the Oakland rent control law so bad,” said Vann, “is that in other cities landlords have to petition if they want to raise the rent more than the cost of living, but in Oakland they just raise the rent and it’s up to the tenant to file a complaint.” Very few tenants do so. Vann said tenants might not know they can challenge the increase, they might not know how, or they might fear retaliation. “As a result,” he said, “many landlords are getting away with murder,” raising rents with no effective limits.

Tenant groups have been working hard to convince the city to incorporate their views into the new proposed regulations, meeting individually with rent program staffers and the agency’s board members and discussing the issues at an open hearing in September, as well as meeting with city councilmembers. Meanwhile, building owners have been campaigning against many of these changes.

Limiting landlords’ ability to charge tenants for capital improvements “has a lot of ramifications for how we maintain our housing stock,” said Jill Broadhurst, executive director of the landlords group East Bay Rental Housing Association. She pointed out that rent control applies only to buildings built before 1983, “so the units covered by rent control are the ones that need the most attention.”

Broadhurst, who is also running for city council this year to represent the Montclair and Laurel districts, said she often sees “small mom-and-pop property owners, who often live on-site, who want to improve the property but can’t afford to do the work.” She wants the city to ask itself, “What is Oakland’s end goal in instituting these policies?” Building owners, she said, already face many regulations and restrictions. Limiting a program “that provides a way for an owner to maintain his property makes that box all the smaller.”

Capping annual rent increases for capital improvements, she said, would not work. “Usually, to make improvements, the owner needs to get a loan,” she said. If the city restricts annual rent increases that would pay off that loan, “the bank will look at the books and say ‘you’re barely going to be able to pay me back.'” If the bank refuses the loan, she concluded, “The property owner will have no way of paying for the improvement, no way of providing safe, habitable housing.”

In addition, requiring owners to petition before they pass through expenses, she said, would be hard on small landlords “who may not speak English, who may not know what the rent board is.” In addition, she said the proposed rule change would “take too long.”

McConnell of the Oakland Jobs and Housing Coalition agreed. “We believe that Oakland has had a complaint-driven system for thirty years and it’s worked fine,” he said. Of Oakland’s 60,000 units with rent control, “only 300 petitions were filed last year. Seems like most landlords and tenants get along pretty good. So why introduce a huge bureaucracy and potential acrimony? To switch to landlords’ having to petition, dragging in every tenant in the building whether they object or not, you’d have to increase the staff. The system is already difficult; this would make it tremendously more costly.”

McConnell, however, said he agrees with tenant advocates that it’s reasonable to stretch out the period over which tenants pay for capital improvements. For a major improvement, he said, “the tenants can’t afford to pay” within the current five-year limit, “so the landlord won’t really be able to collect it.” He said he has “mixed emotions” about limiting the percentage of rent increase for capital improvements, because long-term tenants, who pay lower rents, would end up being charged less than newer tenants paying market rate.

But the issue of passing through costs of debt service, McConnell said, is “an anachronism,” since “after the housing implosion, banks require that the income from the property support the loan.” Tenant advocates concede that this practice is relatively rare, but say that in some cases it has led to huge jumps in rent.

In fact, the current debate over pass-throughs was jumpstarted by a high-profile court case that began in 2008 involving tenants of a North Oakland apartment building who filed a lawsuit against their landlord after he purchased the building and increased rents by $381 a month using the debt-service pass-through provision. The tenants at 138 Monte Cresta Avenue eventually settled with the landlord out of court — after most of them were forced to move because they couldn’t afford the higher rents.

The Oakland Rent Adjustment Program proposal to the city council includes two options on the issue of debt service: one to eliminate debt service as an expense owners can pass through and the other to limit each tenant’s annual rent increase for debt service to 7 percent or less.

Councilmember Kalb’s amendments would split the cost of capital improvements evenly between landlord and tenant. “The owner is getting the increased equity, increased value of the property,” Kalb explained. “So a 100 percent pass-through seems patently unfair.” His proposal would require building owners to petition ahead of time for pass-throughs, not only for building-wide improvements, but also for any capital improvement affecting more than one unit.

While the staff proposal limits the annual capital-improvement rent increase to 10 percent, Kalb would include in that 10 percent not only the increase for capital improvement but also the annual cost-of-living increase, so together these would be limited to 10 percent. And he would impose consequences if the building owner failed to remove the capital-improvement surcharge once the cost was paid for or if the owner failed to petition ahead of time and just went ahead and increased the rent.

The council’s Committee on Economic and Community Development is scheduled to consider these proposals at its February 25 meeting. The proposals will then go before the entire council in March.