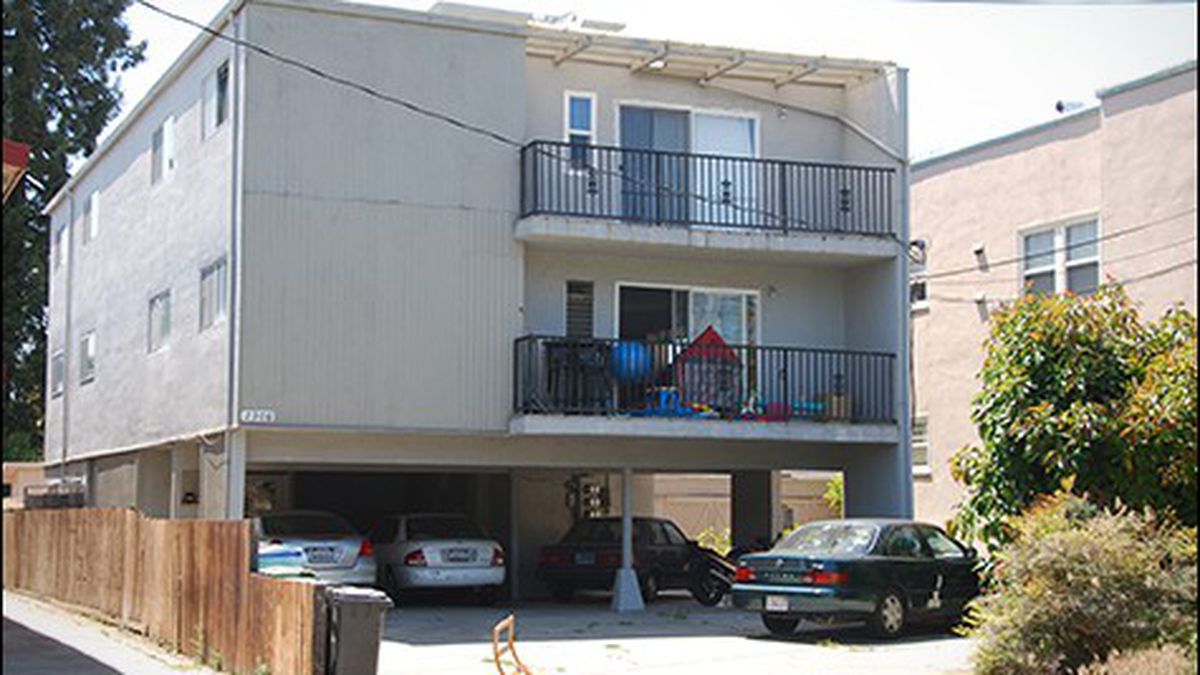 They're worried that landlords will pass on the costs of making soft-story buildings safe in the event of a major quake.

Sitting right on top of or near the Hayward fault in Oakland are more than one thousand “soft-story” apartment buildings — the ones with parking or big open retail spaces on the ground floor — that are especially vulnerable to collapse when an earthquake hits. A soft-story building collapsed and killed sixteen people in the 6.7 magnitude Northridge earthquake in 1994 in Los Angeles.

Oakland Mayor Jean Quan wants her city to join Berkeley and San Francisco in making sure landlords do seismic upgrades on those buildings. Her office is now partnering with that of Councilmember Dan Kalb to develop such a policy.

However, tenants organizations worry that renters will get stuck footing the bill, adding to the economic pressures that are already driving many lower-income residents out of Oakland. The Tenant Justice Campaign (TJC), a coalition of several tenant advocacy groups, “supports seismic upgrades as an important part of city policy,” according to its written statement. But “this is coming at a time when we’re in a rent crisis, a displacement crisis,” said Robbie Clark, housing rights campaign lead organizer at the nonprofit Causa Justa/Just Cause. “Any retrofit threatens displacement unless you have protections in place that guarantee rents won’t go up and tenants have the right to return” to the apartment after the work is completed.

But landlords strongly disagree with tenants’ groups about who should finance much-needed seismic upgrades of soft-story apartment buildings in Oakland. “We need to be able to pass on the costs to the tenants,” said property owner Luke Blacklidge of the East Bay Rental Housing Association.

Leading the development of a seismic retrofit policy for soft-story apartment buildings is Sue Piper, a former longtime aide to Mayor Quan. “Jean has been passionate about this issue for years,” Piper said. “When I retired [in 2012], I said, ‘This has to be done.'” So Piper took on the job as a volunteer.

Councilmember Kalb said the danger of earthquakes to soft-story buildings “is a huge worry. I talked to the mayor about it last year. These buildings are ticking time bombs.” He has been working with the mayor’s office to develop the policy, which will probably create a voluntary program at first, then make it mandatory after a while, following a similar roll-out pattern in Berkeley and San Francisco.

“Right now we’re trying to get all the information we can, trying to figure out what our options are,” Kalb said. Piper invited tenant and building owner representatives to a meeting with city staff on June 5 where, she said, each side “went through their list of issues.”

The city estimates that as many as 1,400 buildings will be subject to the new policy. A 2009 report by the Association of Bay Area Governments (ABAG) estimated that, in an earthquake of magnitude 6.7 or more on the Hayward fault, Oakland would lose 24,000 housing units, two-thirds of them in soft-story apartment buildings. According to the US Geological Survey, there’s a 63 percent chance of an earthquake that large or larger somewhere in the Bay Area in the next thirty years, and a one-in-three chance of one on the Hayward fault.

A big earthquake would cause massive displacement, especially of renters and lower-income people. “If people have to move away and can’t come back, it will be a different city,” Piper said. “Most soft-story buildings are affordable. Jean [Quan] wants this to be a city that people who work here can live here.”

Tenants, however, argue that, without strong protections, the effort to prevent possible displacement in the future would cause major displacement now, and turn Oakland into a city “for the moneyed class of people,” in the words of one tenant activist. Seismic upgrades can be very expensive, said Clark. If these costs are passed on to tenants, many will be forced to move. In addition, he said, some tenants will probably have to move out while the construction is being done. The Tenant Justice Coalition wants the city to make sure tenants are reimbursed for the costs of a temporary move and guaranteed the right to return to the apartment when the work is finished.

In March, the Oakland City Council approved new rules that limit the amount property owners can raise rents to pay themselves back for “capital improvements.” Under the new rules, owners can pass on only 70 percent of the costs and can’t raise tenants’ rents more than 10 percent a year, with a cap of 30 percent in five years.

But James Vann of the Oakland Tenants Union said tenants can’t afford even those increases. He pointed to city reports showing that many low-income tenants are already using 50 percent of their income — or more — to pay rent. A May 30 report from the real estate website Trulia showed that the median rent for a two-bedroom apartment in Oakland is $2,350 a month, which is almost half (46 percent) the average local monthly wage. “People can’t afford a 60 percent rent increase [over] ten years,” Vann said.

Vann added that these new rules on capital improvements don’t take effect until August, and said he fears that some landlords are “rushing to do upgrades before August 1,” so they can pass along 100 percent of the costs and raise rents more than 10 percent. One tenant, Bill Barragano, recently appealed his landlord’s “pass-through” of an $8,500 cost for a seismic upgrade, leaving Barragano with a 13 percent rent increase, but the Oakland rent board rejected his appeal.

Barragano alleges that the ruling violated rent board regulations by failing to recognize that the treatment of seismic upgrades is a new policy issue, since “the rent ordinance doesn’t mention seismic retrofits.” Barragano said that two weeks after the ruling, “the rent board took up seismic retrofits as a new policy.” The Tenant Justice Campaign wants the city to put a moratorium on rent increases to pay for seismic upgrades until it establishes a new policy.

Tenants and landlords are now battling over whether seismic upgrades should be classified as “capital improvements,” with rent pass-throughs allowed under the new rules. Tenants say they should not be. “It’s the landlord’s responsibility to provide a healthy and sound structure,” Clark argued. Tenants have the right to expect the building they move into will be safe. They shouldn’t have to pay extra for that. “It’s not the tenants’ fault the building they moved into is not seismically upgraded,” Clark added.

The benefit to tenants, on the other hand, is less certain. One tenant activist pointed out that the chances that any particular tenant would be injured in an earthquake are “miniscule.” In addition, the average time an Oakland tenant stays in one apartment is seven years, while odds are there will not be a major earthquake for decades. Tenants argue that it’s unfair to make the current tenants pay for a project they are unlikely to benefit from.

Oakland landlords, however, are not enthusiastic about the project, said Blacklidge. “Building owners don’t like having mandates,” he said. But “the biggest issue is: How are people going to pay for it? Not everybody has hundreds of thousands of dollars lying around. We need to get help from the city.”

“We know property owners are going to need help,” said Piper. She said the mayor’s office wants to keep the cost down by requiring upgrades only to a basic level — just to keep the building from collapsing so people won’t be injured — not to a higher standard, such as keeping the apartments habitable.

Piper said the city wants to help building owners finance the upgrades by putting $1 million of federal Community Development Block Grant money into a low-interest loan pool, together with a $1 million grant from Prudential insurance company. Once the policy is adopted, she said, “We want to talk to banks” about participating. The city is also considering a range of other incentives, some of which have been used in Berkeley, such as giving deductions from the real estate transfer tax, waiving some regulations, and extending the time permitted for the work.

Tenants and building owners agree on one thing: They want the process to be slow — to allow time for thoughtful planning before the city enacts a policy, time to arrange financing once the program is in place, and a long period for voluntary participation before the program becomes mandatory.

As for city officials, they say the urgent safety concerns presented by soft-story structures must be balanced with tenants and landlords’ needs. “We want to do this as soon as possible because we’re not sure when the next [earthquake] will happen,” said Michelle Byrd, director of the city’s Housing and Community Development Department. “But we also want to make sure there’s a community process with the stakeholders involved.”