Councilmember Libby Schaaf likely will run against Jean Quan at a time when the mayor is enjoying some successes. But will progressive voters care? 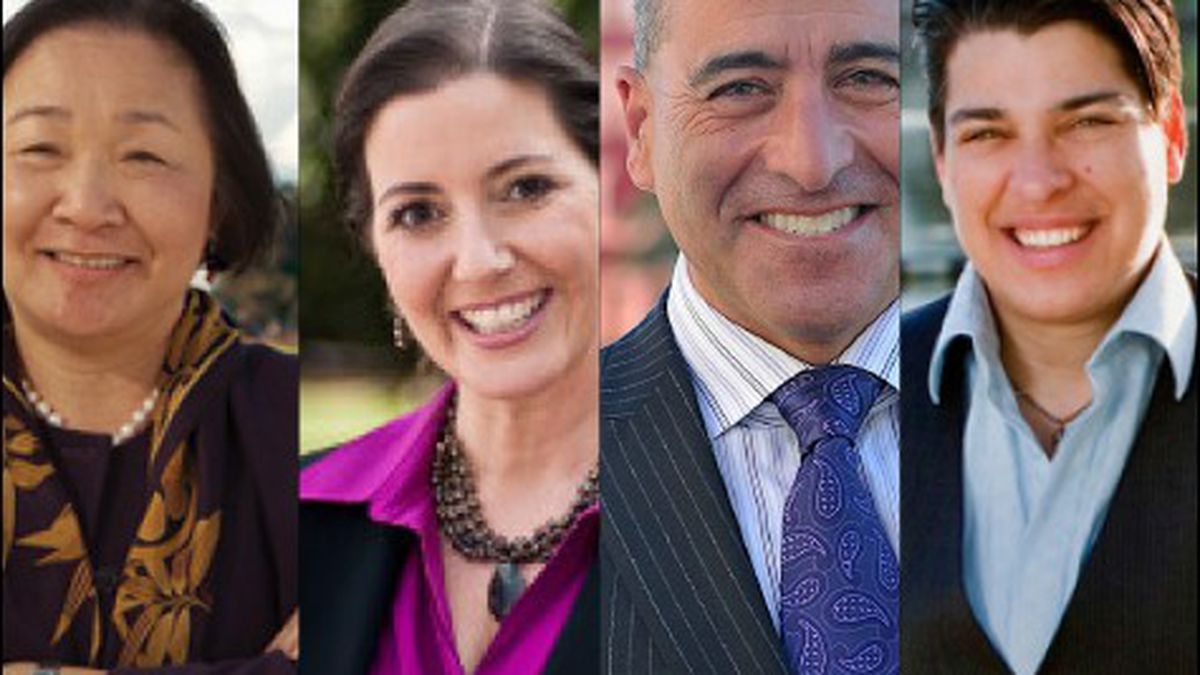 Councilmember Libby Schaaf’s likely entrance in the 2014 Oakland mayor’s race promises to be a game-changer. Inside Oakland political circles — and even at City Hall — Mayor Jean Quan had widely been viewed as a vulnerable incumbent who might nonetheless be reelected. Although her poll numbers have been miserable, she appeared to have a good shot at a second term because the only other announced candidates in the race — Joe Tuman, a political science professor at San Francisco State University, and Port Commissioner Bryan Parker — have never won elected office.

Schaaf’s candidacy, however, likely will make it much more difficult for Quan to win, particularly if no true progressive candidate emerges in the months ahead. Indeed, if the race comes down to Quan versus the more moderate Schaaf and Tuman, many progressives may decide to sit out next year’s election.

Regardless, Quan’s candidacy should not be underestimated. She likely will have the support of organized labor, and she has never lost an election during her two decades in public office. She’s also a formidable candidate, having run the best campaign in the 2010 mayoral contest — by far. Going door-to-door for months throughout the campaign, she doggedly outworked her competitors, and she inspired 1,000 volunteers to make calls and seek out voters on her behalf. She also deftly used the city’s ranked-choice voting system, urging residents to make her a second or third choice on their ballots, which ultimately propelled her to victory over ex-state Senator (and top earner of first-place votes) Don Perata.

And though she had a rocky first two years in office, Quan has had several successes in 2013 that could fuel her reelection bid. Violent crime is down this year in every major category except robberies. And the Oakland Police Department is finally making some progress on its court-mandated reforms. In a recent report, independent court monitor Robert Warshaw stated that OPD’s overall compliance with the reforms was at “the highest level” since his team first began auditing the department several years ago.

Quan also was instrumental earlier this year in convincing private Chinese investors to bankroll a $1.5 billion housing project — known as Brooklyn Basin — on the city’s waterfront. That project is now scheduled to break ground in 2014. She also helped attract deep-pocketed investors to develop Coliseum City, a multibillion-dollar project that could include a new stadium for the Oakland Raiders and, possibly, new facilities for the Oakland A’s and Golden State Warriors. And she played a key role in the launching of the $500 million Oakland Army base redevelopment this year, which is expected to generate about 1,500 construction jobs and 1,800 permanent ones.

In a recent interview, Quan said the Army Base project was in trouble earlier this year. She said she got a call in January from Jim Ghielmetti, chair of the California Transportation Commission, who had serious concerns about whether the project would break ground in 2013 as promised. Ghielmetti then threatened to redirect $242 million in state funds earmarked for the Army Base to other transportation projects in the state. “We were about to lose that money,” Quan said. “They were going to take away that $242 million.”

But Quan, her administration, and project developer Phil Tagami got the development back on track, and it broke ground last month, ensuring that it didn’t lose the $242 million. “She did her job,” Tagami said of Quan in an interview. Tagami also confirmed that Ghielmetti had threatened to redirect the state funds.

Tagami and other Oakland business leaders — along with some of Quan’s supporters — also were surprised by her willingness to team up with Tagami, because he was a longtime ally of Perata and is good friends with ex-Councilmember Ignacio De La Fuente, who was Quan’s toughest critic during her first two years as mayor. Some had expected Quan to search for a new Army Base developer after she defeated Perata three years ago. Instead, she stuck with Tagami, arguing that the man who rehabbed the Fox Theater and helped revitalize the city’s Uptown district offered the best hope at redeveloping the base. “She hasn’t always given us everything we wanted,” Tagami said of Quan and his team’s requests for the project. “But she has been very fair.”

Quan’s recent accomplishments, especially with large economic projects, also could help blunt opposition to her in the city’s traditionally moderate business community. Over the years, Oakland business leaders have viewed her as being too liberal and not sufficiently pro-business. Moderates and conservatives also have contended that she’s too soft on crime, because she has not embraced tactics like stop-and-frisk and youth curfews. They also criticized her for not cracking down on Occupy Oakland soon enough. And she has resisted calls to dramatically beef up Oakland’s police force, noting that it would require the city to gut all other public services, including parks and libraries.

Nonetheless, at least one former longtime city business leader is now fully embracing the mayor’s reelection bid. Michael Colbruno, an ex-leader of the Oakland Chamber of Commerce’s political action committee, which typically backs moderate politicians and candidates, is now Quan’s campaign co-chair. Colbruno believes that Quan has not received credit in the mainstream press for her accomplishments, and that she’s far more pro-business than people realize. “I’ve worked around a lot of mayors in my life — including Willie Brown and Jerry Brown — and she’s the hardest-working mayor I’ve ever seen,” Colbruno said. “She goes 24-7. She never stops.”

Work habits notwithstanding, the mayor will have to overcome the personal dislike that many moderates and conservatives — and some progressives — have for her, according to several people interviewed for this report. They say the mayor is too often focused on self-promotion, doesn’t accept criticism well, and is not a good listener. Quan also has a history of saying things that are not true — and then having embarrassing news stories printed about her mistakes. For example, she repeatedly claimed early in her mayoral tenure that most of the city’s violent crime was relegated to just one hundred blocks in the poorest sections of East and West Oakland. However, Urban Strategies Council, a respected nonprofit in Oakland, later conducted a detailed analysis of the city’s crime data and found that much of the violent crime takes place in a significantly larger area — about 1,300 blocks.

Quan’s perceived personal shortcomings also provide an opening for Schaaf. The former aide to Jerry Brown and De La Fuente had been viewed in the past as being more moderate than Quan. But since she was elected to the council in 2010, representing Quan’s old district (Montclair-Laurel), Schaaf has gradually moved to the left. In fact, she has often sided with the mayor and with fellow liberal councilmembers Rebecca Kaplan, Pat Kernighan, and Nancy Nadel (before she retired) against the more conservative De La Fuente (before he left office) and Larry Reid. Schaaf even came out against youth curfews during a recent council committee meeting. Schaaf also is well liked and has strong approval ratings in her hills district — much better than the mayor does, even though Quan represented that district for eight years on the council.

In an interview late last week, Schaaf said many people have approached her and asked her to run for mayor, and that she is “seriously considering” it. Although she declined to say she’s definitely in the race, she is now widely expected to officially launch her campaign as early as next month. An advocate for better government transparency, Schaaf also said she believes Oakland deserves “stronger and more competent leadership.”

Schaaf’s candidacy, meanwhile, also could spell trouble for Tuman. They have similar political views — although he’s a bit more moderate now that Schaaf has moved closer to Quan politically — and thus the two likely will draw on many of the same supporters and donors. In an interview last week, Tuman advocated for increasing the size of the city’s police force from the current 640 or so cops to 900 — about 200 more than Quan’s plan — in the next few years. He also said he would support a curfew, at least on a trial basis. He said he does not believe Oakland will be able to attract a significant number of private-sector jobs until it reduces crime substantially. Tuman, a longtime political analyst for TV news, finished fourth in the 2010 mayor’s race, behind Quan, Perata, and Kaplan.

A Quan-Schaaf-Tuman race also could leave Oakland without a true progressive candidate. Many progressives have yet to forgive Quan for her administration’s harsh crackdown on Occupy Oakland. “I think it’s still very much an issue,” said Dan Siegel, a longtime progressive and close friend and ally of Quan’s who strongly disagreed with her response to Occupy. Siegel and others believe Quan has become too moderate, and has effectively ceded control to her pro-police city administrator, Deanna Santana. In addition, if Schaaf and Tuman, along with Parker, are Quan’s only competitors, the mayor could be prompted to move even farther to the right during a campaign in which the issues of the size of the city’s police force and getting “tougher” on crime could take center stage.

Such a scenario is becoming a concern for many progressives. In fact, Siegel, a former longtime member of the Oakland school board, said he is considering getting in the race to provide a progressive voice. “It’s concerning to me that the race could be between Jean and Libby, considering Libby’s politics,” Siegel said.

Indeed, if no true progressive gets in the race, many liberal voters who are unhappy with Quan may decide to stay home on Election Day, particularly since 2014 is a non-presidential-election year. It also seems unlikely that progressives would vote for Schaaf or Tuman, since they are both to the right of Quan.

As for Siegel, he has been out of politics since 2006, and thus it’s unclear whether he has the name recognition needed to win a citywide campaign. That’s not the case, however, for Kaplan, who came within 2 percentage points of beating Quan in 2010. Kaplan has twice before won citywide races, having been elected the council’s at-large member in 2008 and 2012. And in the most recent campaign, she pummeled De La Fuente by 20 percentage points.

As such, Kaplan would instantly be a top candidate for mayor next year, should she decide to run, and she could inspire progressives to go to the polls. In an interview late last week, she declined to rule out the idea, although she praised the mayor for “working very hard” for the city over the past three years.

A Kaplan-Quan-Schaaf-Tuman race would inject excitement into a race that appeared a few weeks ago as if it might be an election to forget. But jumping into the campaign also would be a gamble for Kaplan. If she were to lose to Quan again, then Kaplan might be damaged politically, having lost two mayoral elections. But if she were to sit out next year’s race, and Quan wins, then she’d likely be the frontrunner in 2018.

As a result, Kaplan might not feel compelled to run for mayor next year — unless polling results over the next several months reveal that she has nothing to lose. If polls, for example, show Quan defeating Schaaf and Tuman, then it’s a safe bet that Kaplan won’t run. But if Schaaf or Tuman is ahead in the polls, then look for Kaplan to get in the race — otherwise she might have to wait until 2022 to become mayor.