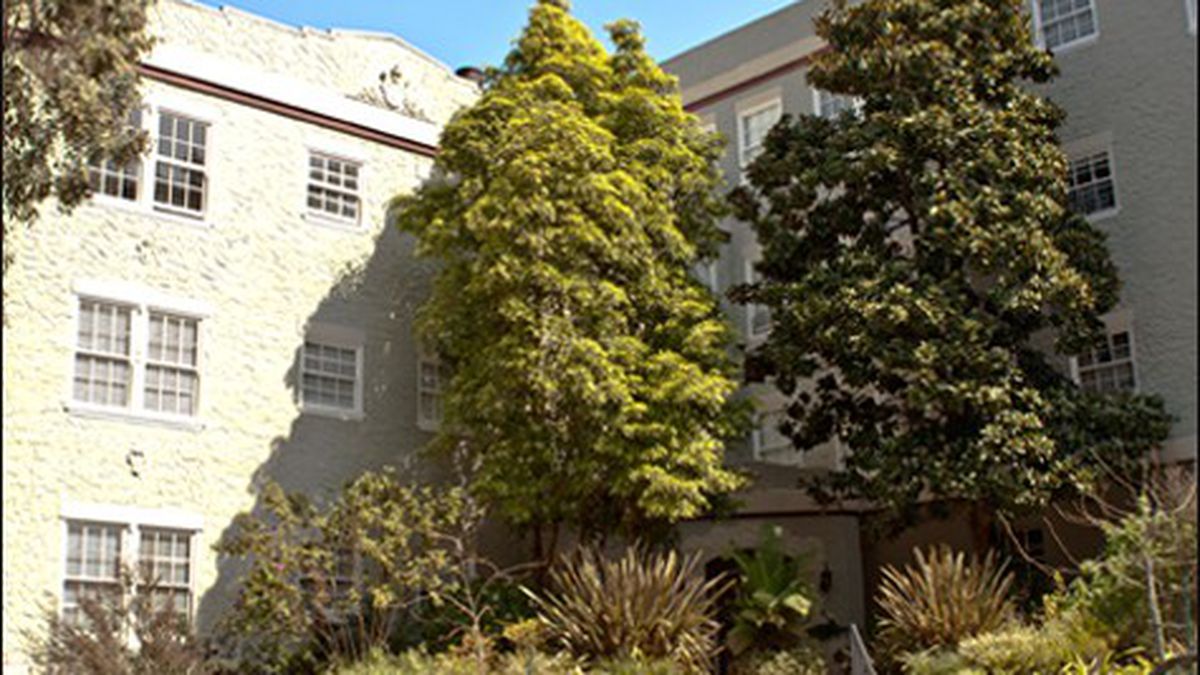 If a $1.7 million tenants' victory is upheld, it will send a strong message to other property owners to obey the city's rent control law.

A case in the First District Court of Appeal could establish a firm precedent on tenant’s rights and rent increases in Oakland. The case involves a group of North Oakland tenants who sued their landlord, alleging that he illegally raised their rents in violation of the city’s rent control law. Last fall, an Alameda County jury ruled in favor of the tenants and awarded them a $1.7 million judgment, including an extraordinary $1.1 million in attorneys’ fees. But the landlord, Dennis Cox, has appealed the judgment and is doing whatever he can to get it overturned.

The case centers on the three-story, thirty-unit apartment building complex at 138 Monte Cresta. And if the thirteen tenants who originally filed the lawsuit prevail, it will serve as a warning to other landlords contemplating ways to skirt rent controls in order to raise rents beyond legal limits. “It’s huge,” said Steven McDonald, the attorney who represented the tenants at 138 Monte Cresta. He added that people are “stunned” by the amount of the judgment and the message it will send if it’s upheld.

As the Express has previously reported, the story began in May 2007 when Cox purchased the Monte Cresta apartment building for $3.9 million (see “Raising the Rent at 138 Monte Cresta,” 5/7/2008). In the deal, Cox also inherited a number of tenants who, because of their long-time residency, had low rents that were protected by Oakland rent control law from any radical increases.

But Cox and other landlords in the city thought they had found a loophole in the law. So Cox immediately sent a notice to his tenants that he was upping their monthly rents by $381 — well beyond the 3.3 percent normally allowed under the city’s rent control ordinance. At the same time, he launched a massive $1 million renovation of the apartment building.

Tenants quickly concluded that Cox was trying to force them out so he could raise rents to the current market rate. And the renovations provided further proof that he was planning to attract more affluent renters. “It was blatant what the owner was attempting to do in this case,” said James Vann of the Oakland Tenant’s Union.

Generally, Oakland landlords are only allowed to increase rents each year based on the Consumer Price Index. But the city rent ordinance also provides criteria for rent increases beyond the CPI, including a provision where landlords can pass as much as 95 percent of the debt service of the property’s mortgage on to tenants.

This debt service allowance is almost entirely unique to Oakland, Vann said. However, it usually does not result in excessive rent increases because the interest on traditional mortgage loans is not that high.

But what Cox did with 138 Monte Cresta was anything but traditional. He took out a 10.5 percent, two-year mortgage with a 25 percent down payment, figuring he could then pass the large debt servicing costs to his tenants via big rent hikes.

Cox and his attorney, Kurt Bridgman, did not return phone calls seeking comment for this story, but in 2007 Cox told the Oakland Tribune that he planned to restore the property back to “its former luster. … The truth is, even with this increase that I’m passing on, most of these rents are still not above market rate.”

However, 21 tenants filed separate complaints with the Oakland Rent Adjustment Board over the planned rent hikes. In November 2007, Barbara Kong-Brown, a board hearing officer, sided with the tenants, concluding that Cox’s proposed rent increases were apparently nothing more than a sham.

“It appears the owner’s intent was to purchase the subject property for speculation purposes, raise the rents … and to refinance the property after two years at a much lower interest rate, after the tenants have left or paid the new rents,” Kong-Brown wrote. “This scenario evades the Rent Ordinance.”

Thirteen tenants then filed suit in Alameda County Superior Court in December 2007 alleging that Cox had violated Oakland’s Measure EE — a citywide ballot measure approved by voters in 2002 — by increasing rents in an effort to force them out of their homes so he could raise rents to market rates. But Cox’s attorneys filed motion after motion, delaying the lawsuit at almost every turn in an apparent effort to get the tenants to drop their litigation.

Finally, after two and a half years, the case went to trial in July 2010. Following eight weeks of testimony, the jury ruled in favor of the tenants. Jurors found that Cox had knowingly violated Measure EE, and they awarded each tenant damages for emotional and mental anguish relating to the case. A handful of tenants also received damages for costs incurred in having to move out. In fact, the tenants, one-by-one, had left the building as the case dragged on; only one resident remained by the time it ended.

The judgment included $538,000 in damages, $50,000 in court costs, and a staggering $1.1 million in attorneys fees awarded to the tenants — a stark recognition of all the legal maneuvering Cox had employed in his effort to get the case thrown out.

Vann said that the judgment, if upheld, also sends a strong message to landlords that they can’t get away with these kinds of tactics in an effort to skirt Oakland’s rent control laws. “The tenant’s victory is instructive to [landlords] who are trying to take advantage,” he said.

Vann also noted that in light of what Cox had done, the Oakland Rent Adjustment Board in 2008 recommended to the city council that the debt servicing allowance for increasing rents be eliminated because of the potential for abuse. However, the council has yet to approve that recommendation. “The proposal has been held up for almost two years now,” Vann said. “It’s inexcusable.”