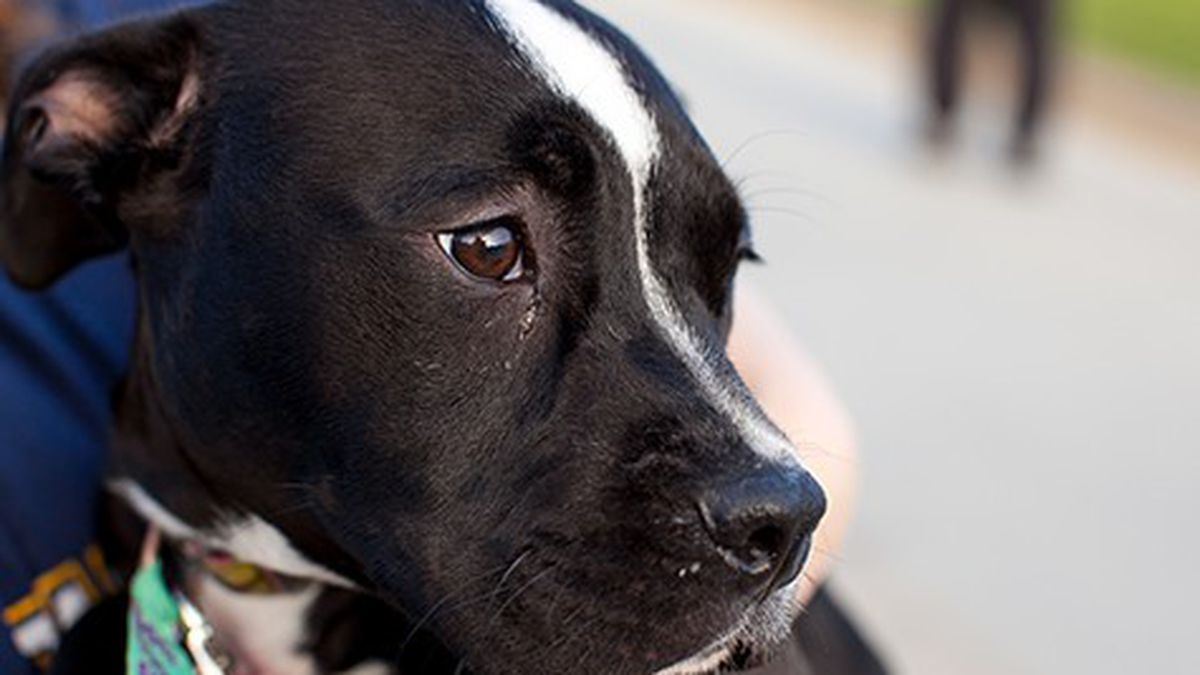 Volunteers at Oakland Animal Services have uncovered evidence that the city-run shelter is needlessly euthanizing dogs in violation of state law.

In August, Cindy Douglas visited Oakland Animal Services (OAS), the city-run shelter, and made arrangements to rescue a small dog named Bowie — a white terrier-Jack Russell mix with one blue eye and one brown eye. Douglas, a volunteer with the Dachshund Rescue Team, a nonprofit that finds homes for displaced dogs, spent two hours playing with Bowie before finalizing plans to take him from the shelter once he was neutered and vaccinated.

But when she finally got a call from OAS in September, the news was the opposite of what she was expecting. The shelter had euthanized Bowie, because, officials told her, he had gotten into a fight with another dog.

“I was just stunned,” said Douglas, who got the call about Bowie three days after the shelter killed him. “He was not an aggressive dog at all. … Why are they euthanizing dogs before even calling the rescue groups?” If the shelter had told her it was planning to euthanize Bowie, Douglas said the rescue team would have moved quickly to save him.

Shelter volunteers and local animal advocates say these kinds of questionable euthanasia cases are not unusual at OAS, the municipal shelter that has been chronically understaffed and without consistent leadership since early 2013. Volunteers and legal experts have further argued that some of the shelter’s euthanasia decisions appear to violate a state law that requires shelters to allow rescue nonprofits to take animals that they have requested.

In the wake of escalating protests from volunteers — including the filing of two formal complaints against one animal control officer — the city recently adopted new rules aimed at curbing unnecessary deaths. Under the new regulations, two OAS staff members must sign off on a euthanasia decision, according to Karen Boyd, assistant to the city administrator. And before the shelter euthanizes animals, the animals also must now undergo two so-called “temperament tests,” which examine animals’ behavior and check for signs of dangerous aggression.

Boyd said the city has further affirmed that it does not euthanize animals as a result of space constraints — which she said had been the practice of the shelter, but had not been stated in a formal policy.

Critics said that while these reforms are a step in the right direction, they won’t prevent OAS from killing dogs that rescue groups have requested. They further argued that given the shelter’s track record of questionable euthanasia cases, having more staff members involved in these decisions will not lead to meaningful reform if there aren’t systematic changes to the way the facility operates.

“If there’s a rescue group that says they want to take the dog, give them the dog,” said Nicole Perelman, an OAS volunteer who filed a formal complaint about the shelter’s euthanasia practices. In many cases, she said, “we are talking about puppies. These are not dogs that are going out and biting people.”

Perelman estimated that since she began volunteering at the shelter in April, there have been at least two questionable euthanasia incidents each month, including cases in which rescue groups had already expressed interest in the pet. A Facebook page called Save Oakland’s Shelter Animals, run by OAS critics, includes photos and stories of controversial euthanasia incidents.

The shelter, which is legally obligated to take in every animal sent its way, has struggled for years with a lack of resources and is now undergoing a substantial overhaul aimed at addressing shortfalls. In June, the city council voted to move OAS out of the Oakland Police Department, transitioning the shelter into a standalone city department (though animal control officers would remain a part of OPD). The City Administrator’s Office is overseeing this reorganization, with the goal of completing the transition by the end of the year.

At the same time, the shelter has remained short-staffed, and is in the process of hiring a new director. The longtime previous director resigned in February 2013, prompting a nearly yearlong search for a replacement, with the city ultimately selecting Gary Hendel, a former municipal shelter director from Texas. Hendel, however, was put on administrative leave in March — two months after he took over the shelter — due to an internal investigation, the details of which have not been disclosed. Boyd declined to comment on that case, saying it was a personnel matter.

The city is now in the final stage of selecting a new director, according to Boyd, who is overseeing the OAS transition. The city is also in the process of filling vacancies for a number of budgeted positions, including a full-time veterinarian technician and three animal control officers, she said. OAS further plans to hire a shelter manager and is considering creating a new rescue coordinator position after the new director steps up, Boyd said.

As part of the overhaul launched by city council in the spring, the city has also convened a community advisory committee, which has drafted recommendations that the shelter, in certain cases, be required to contact rescue and humane organizations before euthanizing animals.

“There are so many rescue groups out there willing to take animals,” said Allison Lindquist, a member of the advisory committee and president and CEO of the East Bay Society for the Prevention of Cruelty to Animals (SPCA). “Any time an animal is euthanized, and it is felt that the animal had an opportunity to make it out alive, it’s heartbreaking.”

Perelman described a case involving a terrier-pit bull mix named Doug who, records show, was euthanized after he allegedly “attempted to attack a citizen’s dog” during a meet-and-greet. That citizen was a friend of Perelman’s who later told Perelman that Doug had been sweet with her but didn’t get along with the dog she already owned.

OAS euthanized Doug just hours after Perelman’s friend visited, according to records from the shelter. This was despite the fact that Rocket Dog Rescue, a Bay Area rescue group, had said in August that it would take in Doug if he were ever slated to be euthanized — a fact that was noted in the dog’s case file. OAS, however, did not contact Rocket Dog before killing Doug. What’s more, Doug had, one month prior, received the best possible score on his temperament test, meaning shelter officials had essentially deemed him well-behaved.

“Doug was a favorite dog of many volunteers,” said Perelman, who obtained records for Doug and Bowie, which she shared with me. “You can see from the file, he’s a friendly dog. … I was just devastated.”

Ann Dunn, a member of the advisory committee and founder of Cat Town, a local cat rescue group, said it was clear there were problems with the shelter’s animal-behavior assessments: “You put these dogs in a cage, and they just go nuts. … If you can’t tell the difference between fear and aggression, and you’re killing dogs who would be perfectly fine if you could just get them out of that scary environment, that is what is so wrong.”

In some cases, euthanasia cases at OAS may violate the so-called Hayden Law, which was adopted in California in 1998 with the aim of limiting euthanasia at public shelters. While much of the law has been suspended due to funding issues, one part that experts said remains in effect prohibits shelters from euthanizing animals that have been requested by rescue groups.

“It is the policy of the state that animals be rehabilitated instead of killed when they can be rehabilitated with reasonable effort,” said Taimie Bryant, a UC Los Angeles law professor who worked with then-State Senator Tom Hayden to craft the Hayden Law. “It was not supposed to be that you put the dog in a cage and incentivize it to fight and then use fighting or defensive behavior in order to justify killing.”

In another controversial case at OAS last month, records show that the shelter decided to euthanize a young puppy named Buttons due to “food aggression,” meaning she had behaved aggressively toward a staff member when offered food (she had, according to Boyd, bitten a fake hand during a temperament test). Ultimately, volunteers rescued Buttons from OAS, connecting her to a dog daycare facility in Pacifica where staff members said she has been very well-behaved.

“She is just the ideal puppy,” said Scott Stauffer, a dog coach who played with Buttons at the daycare and subsequently posted a video on Facebook of him training the dog to wait patiently for food. “She stares at you with these little puppy dog eyes, waiting for her treat.”

City officials have argued that despite the significant lack of resources, the shelter has continued to improve its operations, reducing the rate of euthanasia and connecting more animals to rescue groups. Boyd also asserted that the city’s new regulations would improve the euthanasia decision-making process.

The shelter takes in more than 6,000 animals a year and total euthanasia rates have decreased over time. According to year-to-date comparisons covering January through September, the percent of animals euthanized has steadily declined — 42 percent in 2011, 40 percent in 2012, 36 percent in 2013, and 30 percent in 2014.

As a snapshot of dog cases, the city provided data from May 1 to September 10, 2014 in a recent report, showing that during that time, the shelter took in 1,083 dogs — and euthanized 376, or 35 percent. Of the dogs killed, about 70 percent were cited for aggression or behavior issues. In an earlier report released this year, the city said that the rate of dogs and cats transferred out of the shelter had increased from 39 percent in 2013 to 45 percent in 2014.

“More animals are being adopted and rescued and fewer animals are being put to sleep — the trend is in the right direction,” said Boyd, adding that the city’s attorneys are currently reviewing the shelter’s obligations under the Hayden Law. Regardless, she said, “Our goal is to ensure that all animals that are adoptable and treated can be adopted or sent out to rescues.”