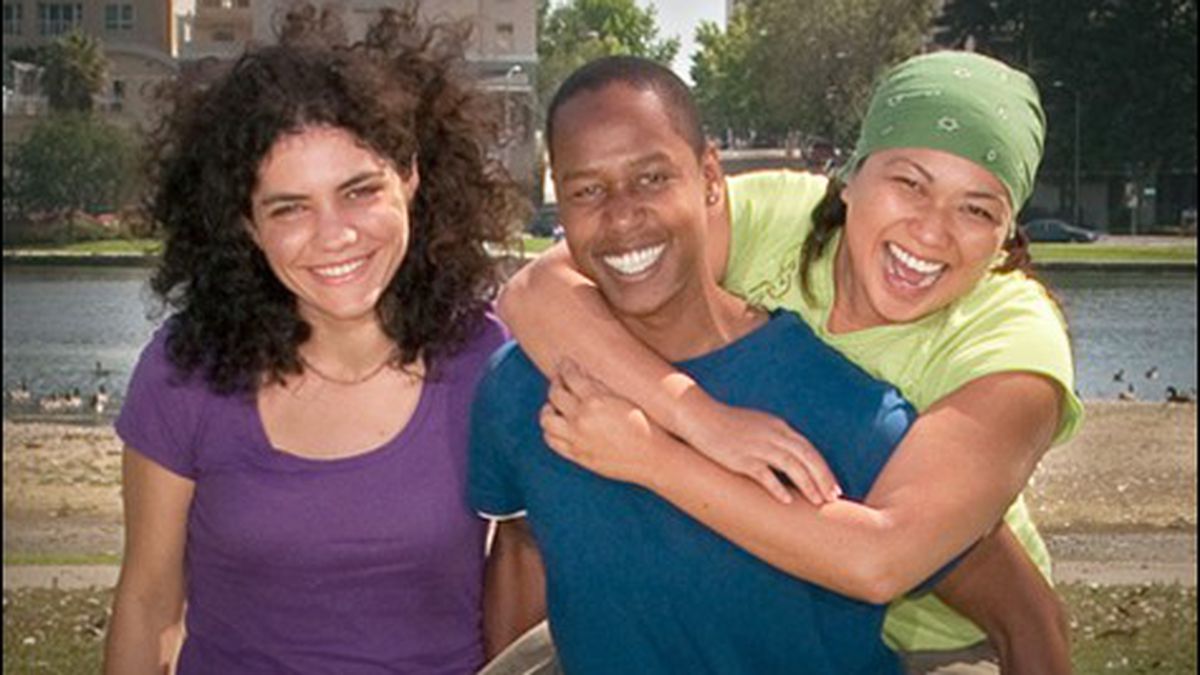 Arnetta Smith grew up in St. Louis, Missouri, where, she said, it wasn’t until high school that she met any gay people. “And even then it was just two gay boys who were not even out to themselves yet.” At the age of seventeen, she realized her own affinity for the same sex, joined a gay youth group, and started meeting other gays and lesbians her age. “For me it felt like the beginning of my life to be able to have a community that I could relate to and not feel that outsider-type feeling,” Smith recalled. Still, she was stuck smack-dab in the Midwest. By no measure a small town, St. Louis “still had that small-town mentality,” she said. So, in search of other like-minded lesbians, she looked west —and found Oakland. Well, eventually.

First she moved to Alameda, where she found the population of lady-loving ladies rather lacking. “I was, like, ‘Where are all the lesbians?'” Smith’s curiosity carried her off the island and into Oakland, where a walk around Lake Merritt provided her answer. “You see sisters everywhere,” she said. In a city that boasts one of the highest lesbian populations in the country, Smith found a vibrant community in which to take root. “It’s, like, what other place can you see this?” she said. “Where can I be home? Where can I be myself? Oakland.”

So it’s fitting that the city would provide the setting for Smith’s new TV show, Dyke Central, a “dramedy” about a pair of thirtysomething butch roommates living in a Lake Merritt apartment that makes The L Word seem like an oversimplified, hyper-femme version of queer life. Smith — who co-wrote and created the show along with burgeoning filmmaker Florencia Manóvil — said she actually loves the Showtime drama, but counts it among the handful of shows with lesbian characters not representative of the entire community. “I just wanted to see more color on TV,” she said. Manóvil, who directed and produced Dyke Central, agreed.

Aside from eschewing tired TV representations of gays and lesbians, the show’s characters are primarily of color, and, like real-life thirtysomethings, don’t necessarily know what they’re doing with their lives. Among the motley cast of characters is the productive pothead, the lesbian babysitter-slash-bartender, and the butch black female who’s part masculine, part introvert. When they’re not hanging around Dyke Central, the name of the apartment where the bulk of the comedy-infused drama unfolds, they’re drinking at Club Paradiso, lounging around Good Bellies Cafe, and navigating the inevitable ups and downs of adulthood (specifically that in-between age where you’ve gotten your master’s degree but are still saddled with roommates).

The dramedy unfolds at the Grand Lake Theater (3200 Grand Ave., Oakland) on Thursday, October 6, with a big-screen premiere of the pilot episode, the only one yet filmed. The Brown Boi Project, an Oakland-based organization that promotes racial and gender justice, teamed up with the show’s creators to make the screening a red-carpet affair. In addition to the premiere (which producers hope will land some network interest, or at least funding), the event will also feature a fashion show emceed by New York queer artist D’Lo, a performance by vocalist Jurni Rayne, plus an after-party at Paradiso Lounge (2272 Telegraph Ave., Oakland). VIP tickets get you schwag, a red-carpet romp, and more. 7 p.m., $20-$50. MynahFilms.com/dykecentral.html

John Williams: Believe Him or Not