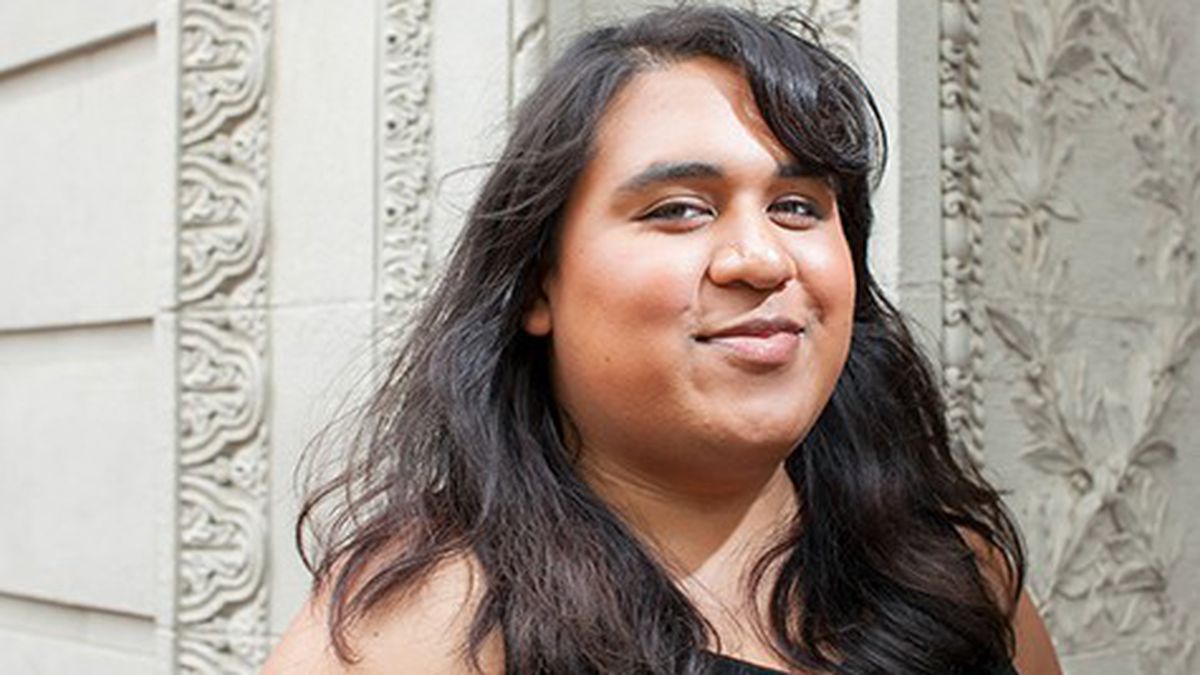 While it’s critical to draw attention to the systemic inequality that trans women of color face, there are few media representations of them as complex individuals rather than victims. It’s more common to hear about trans women being murdered than to see examples of them thriving — and that’s without getting into the abundance of transphobic stereotypes in pop culture. While Janet Mock and actress Laverne Cox, who are both trans and Black, have used their platforms to share their struggles as well as their triumphs, those without their level of influence have few outlets to make their stories heard on their own terms.

The lack of spaces for trans women of color to laugh, create, and express themselves is a major motivating factor for Luna Merbruja and Lexi Adsit, two trans Latina activists hosting the nation’s first comedy night with an entire cast and crew of trans women of color. “Brouhaha: Trans Women of Color Comedy Storytelling” takes place on June 9 at Oakland Asian Cultural Center (388 9th St., Ste. 290), and is one of the only East Bay events in the National Queer Arts Festival going on this month. Most of the festival is taking place at various sites in San Francisco.

Organized with the help of Manish Vaidya of the local LGBTQ arts organization Peacock Rebellion, “Brouhaha” seeks to give trans women of color — who are often minorities even at events targeting queer people of color — a place to share their stories with a large, diverse audience. To raise funds for the event, Peacock Rebellion relied on a crowdfunding campaign. That was an intentional choice, Vaidya said, to keep the organization accountable to the communities that it serves, rather than wealthy donors, as much as possible.

The nearly $3000 that “Brouhaha” raised through Indiegogo is being used solely to pay the event’s cast and crew, which Vaidya pointed out is also significant because trans women of color often deal with discrimination when seeking employment. And a portion of ticket sales will be donated to three nonprofits: El/La Para Trans Latinas, Community United Against Violence, Transgender, Gender Variant, and Intersex Justice Project.

“Brouhaha” comes at a time when trans issues are gaining visibility thanks to social media — especially recently, with the high-profile coming-out story of Caitlyn Jenner, a former Olympian and stepparent to Kim Kardashian. But as Adsit pointed out, there is a long way to go before a substantial sense of equality can be achieved. “There’s a dichotomy between celebrities like Janet Mock, Laverne Cox, and, now, Ms. Jenner, and trans youth who are taking their own lives and trans women of color who are still being murdered,” she said. “My intention behind the show is to raise up trans women of color who are still alive and are not necessarily receiving all these benefits of privilege.”

Adsit has eight years of experience as a publicist and event coordinator at, local nonprofits and has been overseeing the show’s logistical components. Meanwhile, Merbruja, who comes from an interdisciplinary artistic background, serves as a trainer for the performers. A writer, performance artist, and community healer, she has spent the past several weeks helping the participating women develop raw, humorous acts based on their personal tales.

The eight performers in “Brouhaha” share the fact that they’re trans, but their life experiences, as well as the content of their performances, are incredibly diverse. “It’s intergenerational, it’s multicultural,” Adsit explained. “We have folks of all different gender expressions, body sizes, and athletic abilities. Some of them are formerly incarcerated.”

Under Merbruja and Adsit’s guidance, the performers have been meeting weekly via Google Hangouts to work on their pieces. These online rehearsals have also served as a support group for the women. “Having a space exclusively for trans women of color is something I’ve rarely experienced, and to have that experience is truly a gift,” said Merbruja. “A lot of gay spaces are transphobic and a lot of trans spaces can be racist. … A space that’s made by us and for us has been cultivating a lot of connections between us — sisterhood and solidarity.”

Merbruja sees comedy as an opportunity for trans women to deal with trauma in healthy ways while also educating broader audiences about their experiences. To help the performers develop their acts, the workshops have dealt with delicate themes, including shame, love, sex, dating, and desire. Exploring these topics in a safe space where the performers are able to process their experiences without judgment has elicited poignant content for the show.

While Peacock Rebellion has staged previous LGBTQ comedy showcases, the organizers of “Brouhaha” intentionally decided to bill the event as a night of comedic storytelling, rather than stand-up, to avoid restricting performers’ options for self-expression. The show’s participants have diverse creative backgrounds: Elena Rose, for instance, is a poet and preacher, while Star Amerasu is a singer with a soulful, raspy voice. Without many rules governing the formats of their acts, the workshops have encouraged the women to find personalized modes of expression.

Furthermore, the stand-up comedy world is not exactly known for its acceptance of various gender identities. With white, cis, straight, male comedians dominating clubs and Comedy Central specials, trans people are the butts of jokes far more often than they are actual performers. While they see comedy as a powerful healing tool, the organizers of “Brouhaha” believe it’s crucial for trans women of color to create their own lane. The idea of resilience, Merbruja said, frequently came up throughout the rehearsals and has come to underline the necessity of the event. “It’s often about finding humor in a bad situation, and to be able to laugh at yourself and to be grateful that this experience didn’t break you down,” she explained.

Caffeine vs THC: The Double Standards of Addiction

A Berkeley Institution Gets Reinvented