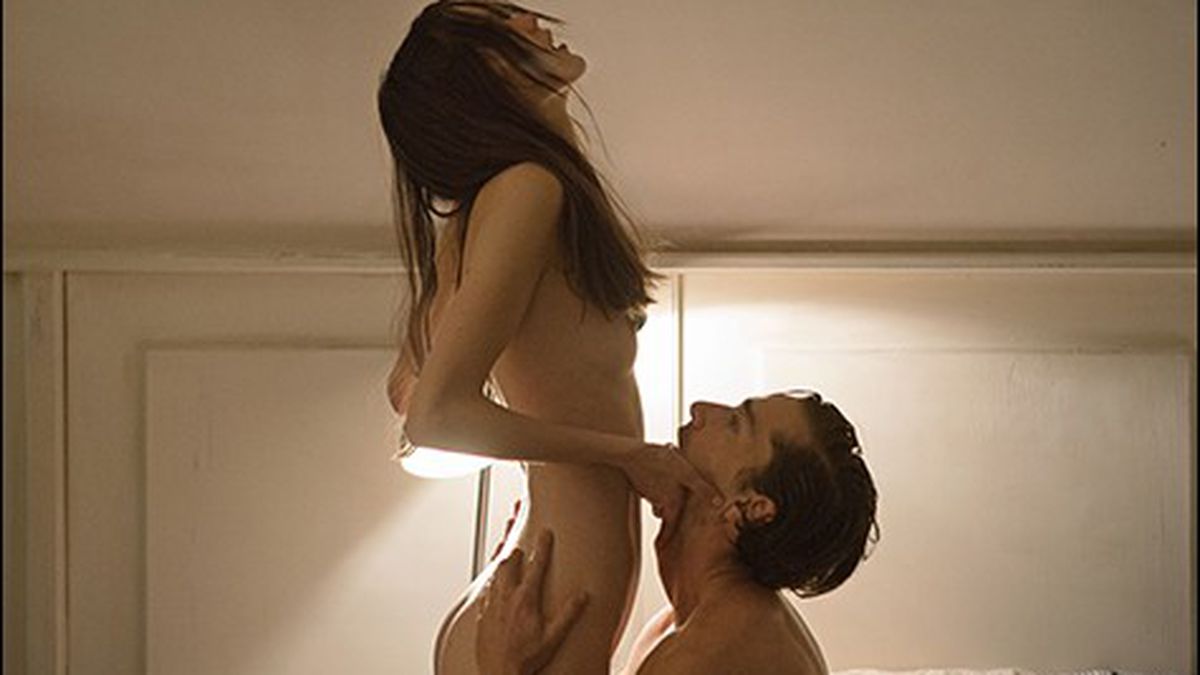 An art film with blow jobs. No, that doesn’t completely describe Lars von Trier’s Nymphomaniac: Volume I. How about: Sexploitationer for intellectuals? Nuh-uh, the film is too dry and chilly to rate that. A shocking critique of capitalism? Nope, that’s what every sex flick from Europe claims to be. Cinephiles have been scratching their heads in anticipation of this two-volume magnum opus — as they do with practically every new release by Denmark’s leading filmmaker — and now the “von Trier fog” has descended upon the screening rooms. What the hell is he trying to tell us with this sour, joyless character study built around explicit carnality?

I’ll get to that later, but first, if you’re going to call your movie Nymphomaniac, you’re going to need a compelling female lead. Von Trier has two: Charlotte Gainsbourg plays the title character, a woman named Joe, who narrates her hectic life story as a chronological series of flashbacks, after she is found battered in a dank alley one snowy night by a Good Samaritan called Seligman (Stellan Skarsgård). French-born English actress Stacy Martin portrays Joe in flashback as a young woman embarking on her road to self-discovery. It’s a rocky trip, full of the sort of moments that have both stymied and provoked von Trier’s audiences ever since his breakthrough international feature Europa (released in the US as Zentropa). You’ll not see anything else quite like it in movie theaters.

The filmmaker is wise to continue his working relationship with Gainsbourg, star of his apocalyptic Melancholia as well as Nymphomaniac‘s spiritual forerunner, the angry allegory Antichrist. The 42-year-old Anglo-French daughter of actress Jane Birkin and singer Serge Gainsbourg is not afraid to take chances. Here, she portrays a facsimile of the same human punching bag/sex doll von Trier showed us in Antichrist, with the Gainsbourg character’s nude, quasi-religious ordeal in the woods. Von Trier has been denounced as a misogynist, but I see him as more of an equal-opportunity cinematic tormenter, a classic misanthrope whose path to redemption is the same as that of his subjects — except that he gets to be the puppet master.

Wiry Gainsbourg seems the ideal von Trier heroine. Joe’s sufferings have the necessary wounded intensity augmented by an arsenal of anti-authoritarian gestures. She has the defiant face of a revolutionary. In Joe’s scenes with Skarsgård, that face is bruised and scarred, but her personality dominates everything, including the extra-salty XXX vignettes. Martin’s Young Joe makes a fine alter ego/work in progress in tandem with Gainsbourg’s older version of the same character. They are both irretrievably sad figures, self-hating and lonely, with aching souls that the impulsive, professorial von Trier tries to mediate, however obtrusively. Young Joe particularly reminds us of Janine Castang, Gainsbourg’s sixteen-year-old character in Claude Miller’s 1988 The Little Thief — another contrarian who has seen too much too soon. Without Gainsbourg and Martin’s frenzied performances, Nymphomaniac would dissolve.

There’s an interesting cast of supporting actors, led by Skarsgård: Shia LaBeouf as one of Joe’s lovers; Sophie Kennedy Clark as B, Young Joe’s partner in crime; Christian Slater as Joe’s father; and Uma Thurman, whose brief scene as the tossed-aside wife of one of Joe’s conquests is worthy of a compelling melodrama all its own. Aside from the paternal figures played by Skarsgård and Slater, the men in Joe’s life generally flit by like moths. To save time and drive home his point, von Trier at one point reduces the guys to a montage of flaccid penises, shown in clinical closeup — they might as well be the dead dicks of morgue cadavers.

At midpoint, Nymphomaniac seems to be the portrait of an unhappy, dissatisfied woman (“For me, nymphomania was callousness,” she explains) with all the trimmings. The trimmings will naturally grab the publicity, but Gainsbourg and Martin’s performances are what really matter. Von Trier is a moralist, and the two women are his exemplars of moral courage. Once upon a time the filmmaker produced a short series of woman-friendly hard-core porn films for the European market, so he’s no stranger to employing vaginas and penises to tell a story. So far, Nymphomaniac‘s story lies resolutely in the same vein as von Trier’s previous investigations of soul-sickness, armed with the whispered proviso that “the secret ingredient of sex is love.” Prove it.