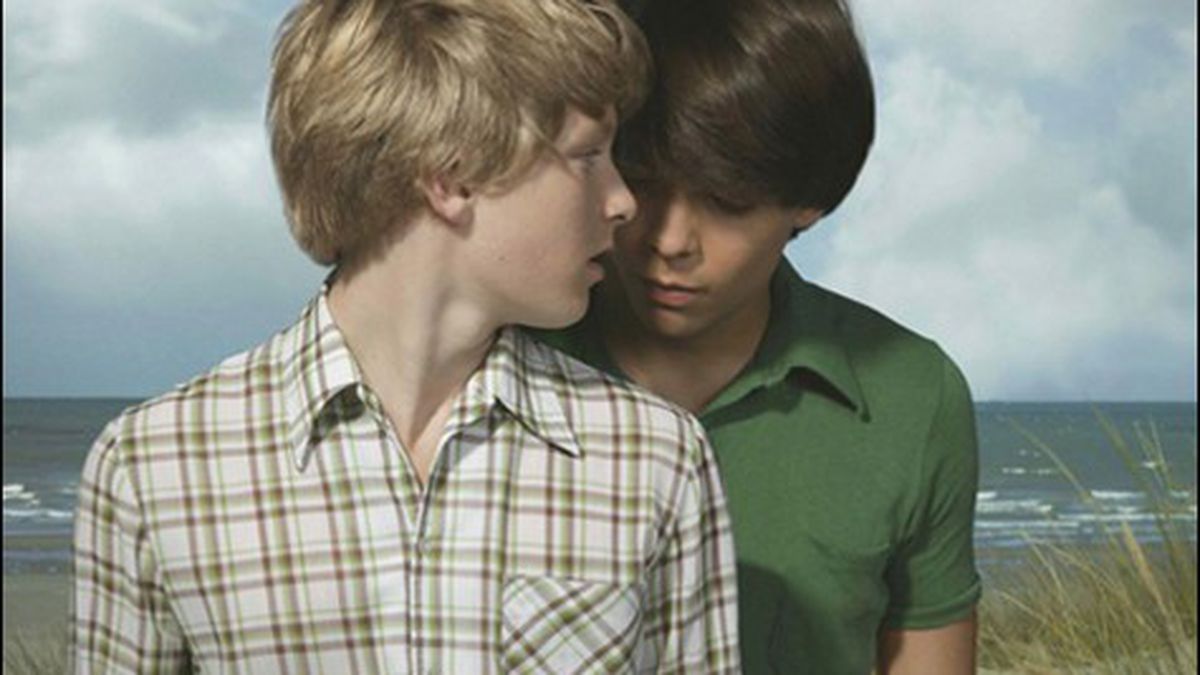 North Sea Texas had its Bay Area premiere last June, when it played the Castro Theatre as part of Frameline, the San Francisco International LGBT Film Festival. Filmmaker Bavo Defurne’s muffled character study, the epitome of “closely observed,” is a gay-male coming-of-age drama, a popular subgenre open to unlimited inflections and stylistic touches — in this case as a reasonably realistic slice of lower-middle-class European life with a repressed protagonist named Pim.

Pim (played as a young boy by Ben Van den Heuvel, and as a teenager by Jelle Florizoone) lives with his accordion-pumping, frequently absent mother Yvette (Eva van der Gucht) in a resort village on the Flanders coast of Belgium, circa 1970s. Everyone in town hangs out at the “Texas” bar and everyone at the bar, especially the waitresses, has a friendly attitude toward Pim, although he’s too preoccupied to notice. From a young age, he’s been exclusively obsessed with dressing up as a beauty queen, sketching the people around him, and trying to get close to Gino, the boy next door (Mathias Vergels).

Most coming-of-age movies try to make their subjects at least marginally sympathetic, the idea being that we can root for them as they overcome their youthful obstacles and reach adulthood. But there’s something slightly off about Pim. He always seems embarrassed by the genuine warmth he receives from people around him, whether out of guilt about his gayness or from some undefined emotional blockage.

As Pim somnambulates through his own private world, smothering his feelings, it becomes clear that he’s worrying about himself and his own fulfillment above all. It’s not about Gino or Zoltan (Thomas Coumans), his mother’s flirtatious lodger — it’s always Pim. In that, he’s a bit of a cardboard cutout figure, the eternal misunderstood who has no need to relate to anyone else. Instead, it’s up to them to relate to him. He’s sort of a vampire, really, sucking up the affection all around him and never paying it back.

Case in point: Gino’s younger sister Sabrina (Nina Marie Kortekaas). Her crush on Pim is going nowhere, no matter how many times she spins April Stevens’ “Teach Me Tiger” on her turntable and tries to snuggle with the fair-haired lad. All he can think about is her brother, and he looks at her as if she were a cross-eyed cat. Sabrina is deeply disappointed, and we begin to feel sorry for her and her sweet, innocent interest in the wrong guy. It wouldn’t be so bad if only Pim could take time to throw her a smile or some sort of harmless pleasantry once in awhile, but he can’t even manage that.

Despite Pim’s basic boorishness, writer-director Defurne’s miniature portrait of overwhelming desire (he and Yves Verbraeken adapted it from a novel by André Sollie) scores a few charm points as it creeps up on its subject, shyly, like the kid himself would. Pure objectification, long since out of fashion in mainstream movie romances, still operates freely in this little corner of the playground. Maybe Pim will grow up to be a generous, forgiving, self-assured man, capable of loving and being loved with complete candor. But we doubt it.