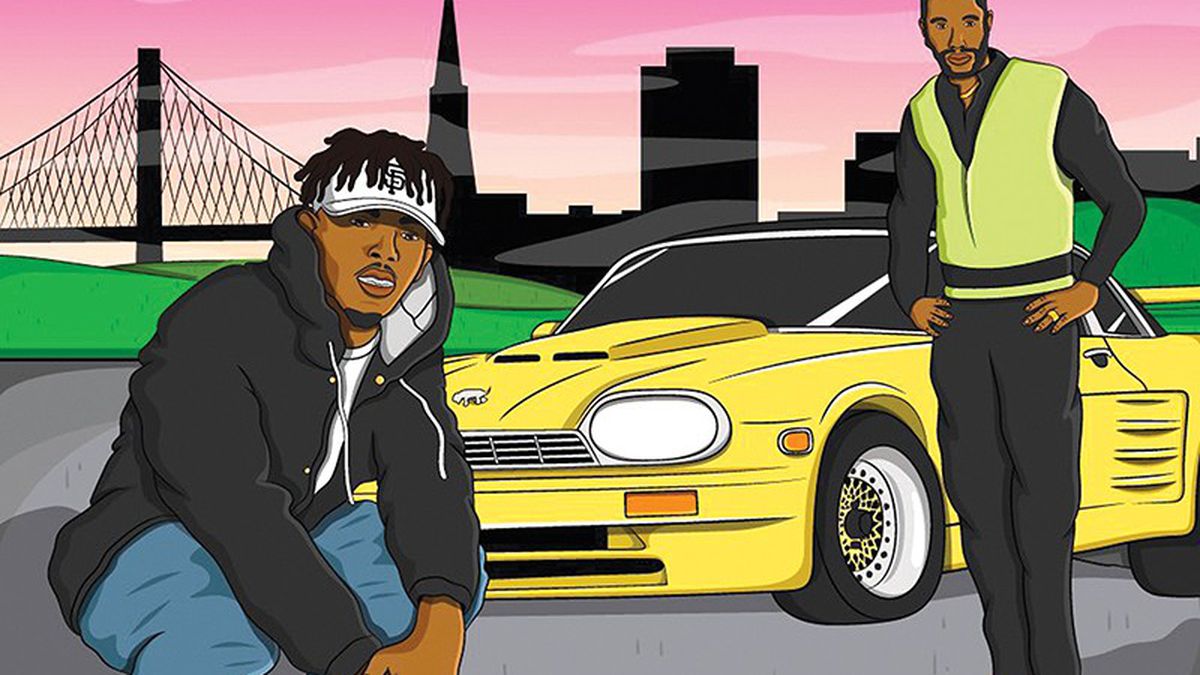 Our music editor gives her takes.

Most fans might know San Francisco rapper Show Banga as an HBK Gang collaborator. But he’s actually an heir to The City’s rich history of independent street rap. His latest mixtape, $howTime 2, is named after his dad, ShowTime, who was a force in local music in the Aughts: His label, Urban Life Distribution, put out albums by the who’s who of mob music, including The Jacka, Husalah, J Stalin, and more. He also ran several record stores, started one of the first Bay Area rap-themed websites in the Nineties, and was the business mind behind several rapper-endorsed energy drinks in the 2000s.

Mob music is a genre that prizes tradition, adhering to a code of streetwise ethics that promote a hustling mentality and independent spirit. So while some younger artists with famous relatives might try to distance themselves from family legacy in order to chart their own paths, Show Banga fully embraces the history he comes from while managing to cultivate his own distinctive sound.

$howTime 2 gets off to a slow start with a somewhat lackluster title track, but quickly picks up the pace with “How We Rock” featuring IAMSU, where both rappers try on slack-jawed flows on its sing-song hook. It’s an instant earworm that might have you humming for days, with Su and Showy offering plenty of “Did he just say that?” moments.

While much of the project sticks to quintessentially Bay Area hyphy- and mob-influenced beats made for rattling the trunks of cars, it gets really interesting when Show Banga experiments with mixing regional flavors with slow-paced, trap-influenced cadences and ad libs that evoke the likes of Quavo. It’s no secret that Atlanta (the birthplace of trap) is currently leading the way in the rap game nationally. But while some local rappers have attempted to copy the trap template in ways that feel inauthentic, Show Banga stands out for incorporating current trends in ways that sound uniquely his own.

Meat Market guitarist Jeff Cheung initially started Unity as a duo with his partner, drummer Gabriel Ramirez, but the two of them found their music required a larger lineup. So, two other Meat Market members — bassist Alex Shen and guitarist Ian Tatum — joined the group along with guitarist Ayana Nir.

With the overlap in lineups, it makes sense that Unity would sound very similar to Meat Market — but that’s not a bad thing. The members of both bands have a knack for writing sunny pop punk and Unity conveys a sense of how fun the record was to make. The tracks are immediately catchy in a way that makes them likeable on a first listen, but that doesn’t mean they’re cookie cutter or that they follow a typical pop or punk formula. Throughout the record — especially on “Oops” and “Calories”— the band members demonstrate their creative approach to creating unusual yet deceptively simple melodies. Unity brims with intricate, detail-oriented playing (there are three guitars in the band, after all), and it requires repeated listens to grasp all its layers.

It’s an album to savor for sure, but it also scratches the itch for instant gratification.

I started calling Spencer Stevens “the DJ Khaled of Oakland” on Twitter because of his motivational tweets, but now it seems like an accurate comparison in more ways than one. The DJ/producer/multi-instrumentalist triple threat gathered some of The Town’s most promising underground rap talent for his mixtape Summer in the Town Vol. 1. Khaled’s recent Major Key brought out the best in superstars such as Future, Drake, and Jay Z, and Stevens’ savvy production and curation has a similar effect, with the many featured rappers gassing each other up and bringing their best skills to each track on the 32-minute-long project (which is actually a continuous DJ mix as opposed to separate tracks).

Slow paced with fat bass, Summer in the Town has smooth, mobby beats with dark undertones, and plays like it’s made for cruising around with the windows down. Legendvry, All Black, and Int’l Hay Sús all make standout contributions. Legendvry has a commanding presence on the intro track, “Bitch Get Off Me;” All Black dazzles with his aggressive flow and relentless energy; and Hay Sús and Lil Dev cap off the project with the protest slap “Black Panther Rebel,” adding a dose of social consciousness to the otherwise pimp rap-oriented project. But there are a few surprise stars on the tape: Pimp Tobi, who contributed the track “BOSSE$” featuring Joe, is a current high school student with prodigious rap talent and a knack for self-promo. He already has over 21k Instagram followers even though most adults don’t know who he is yet, and there’s a good chance he’ll probably take over the world after he turns eighteen. Meanwhile, Boo impresses on “All I Know” featuring Trill Youngin Mitchell, adding some steely autotune to Summer in the Town’s otherwise funky flavor.

While Stevens has become known locally as a member of the party-throwing DJ crew Wav Bros, Summer in the Town sees him expanding his vision and, rather admirably, using his platform to put on for some of Oakland’s most promising yet overlooked rappers.