The retail corridor appears to be thriving, but its first tenant may be an unfortunate casualty. 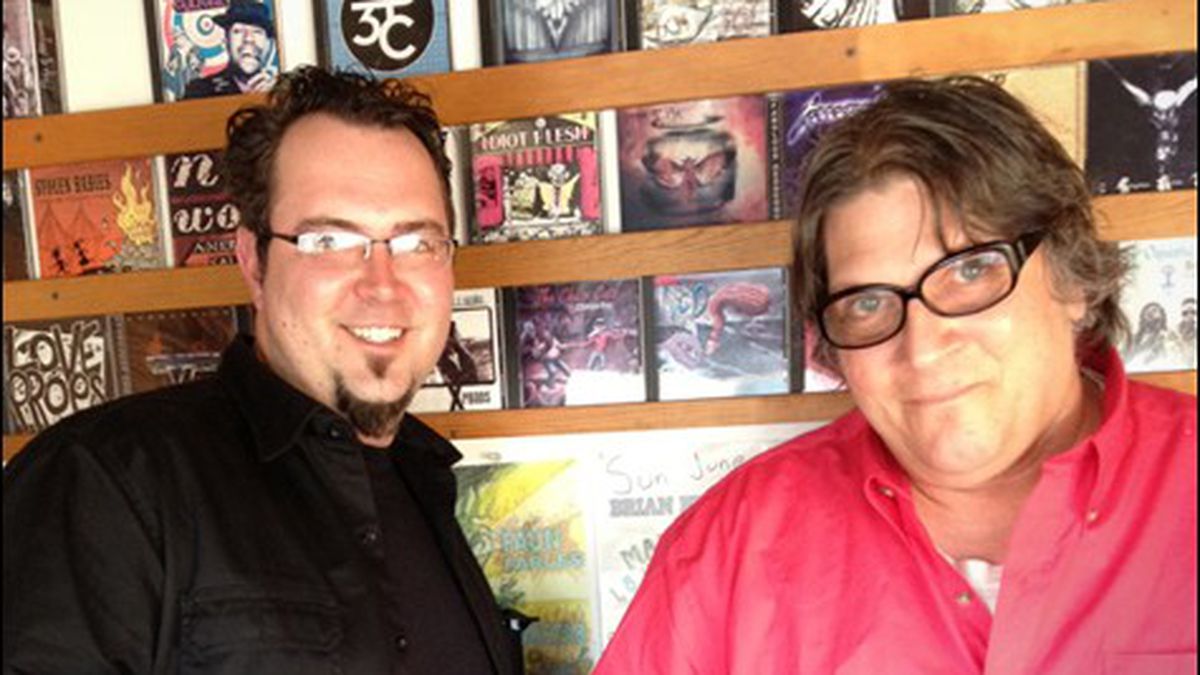 It was one of those languid fall afternoons and all the small boutique shops were open for business in Temescal Alley — the barbershop with its candy-striped pole, the horticulture store with all variety of green things sprouting from terra cotta pots, the jewelry designer, the antiques shop, the dry-goods store. Set in a cluster of old storage lockers just one block off Telegraph Avenue, the tiny retail corridor feels like it could have sprung from a different century, yet it’s also redolent of the handcrafted, pastoral ethos that’s characterized new development in Oakland. Temescal Alley has been designated a hipster hotspot in the press and become a go-to destination for First Friday Art Murmur. On this particular afternoon, business seemed slow, but the store owners look contented — buoyed, perhaps, by the spate of good publicity.

All except for one. Mark Stikman — 58-year-old engineer, watercolor painter, master technician, retired rocker, renaissance man, corpulent guru, inspiration to a whole lineage of experimental music geeks — sat inside his studio, Polymorph Recording, and moped. Stikman had a touch of the flu, but that was the least of his problems. After more than two decades of doing business in the alley, he was getting shooed out to make way for a new tenant.

His landlord, Sarita Waite of Temescal Square property management company, had given him ample warning. After the city rezoned Temescal Alley and the surrounding blocks for commercial purposes in 2011, Waite took her four parcels of land and transformed them, first by adding tiled fountains and cactus sculptures, and then by renting to a series of new, chic mom-and-pops. Blue Bottle was the first to come in six years ago, when its founder commandeered a small shed that abutted the garden outside of what’s now Pizzaiolo. But after the rezoning, new tenants came in droves. Within a few months, the barbershop had moved in, followed, in short order, by the horticulturalist, the food store, the art gallery, the vintage clothing boutique, and, most recently, a bike shop.

“We don’t have a single business here that was a brick-and-mortar store two years ago,” Waite exulted, ambling through the alley on a recent Thursday afternoon. In her straw hat and work pants, she had the proud air of a mother hen showing off her brood. Waite said that the current storefronts not only hew to a new paradigm in Oakland, they also match the vision that she and four co-investors had when they bought the four parcels (roughly a third of a square block at the intersection of Telegraph Avenue and 49th Street) in 1978. At this point, the ownership is down to two — Waite and UC Berkeley architecture professor Raymond Lifchez — though much of the new renovation is Waite’s doing. She’s a lawyer-turned-sculptor, with an eye for detail and a no-nonsense attitude. She doesn’t suffer fools.

Perhaps Stikman should have seen it coming. The studio had been on a month-to-month lease at least since 1999, which made it fairly easy for her to announce, in June, that she wanted her storefront back by the end of the year. The facade was a bit of an eyesore, she argued, and unlike the other tenants, Stikman and his business partner, a physicist named Dan Rathbun, didn’t really participate in the day-to-day bustle that’s become essential to Temescal Alley’s new public image. They didn’t attend community meetings, she said. They preferred to work at night. They weren’t the twenty- and thirty-year-old artists she’d courted two decades ago.

In June, Waite asked Rathbun, Stikman, and their other partner, a computer scientist named Rance Fellows-Mannion, to come up with a reasonable departure date. After weeks of quibbling, they all settled on October 21, at which point Polymorph might shutter for good. Realizing they had no recourse, the three engineers fell into despair. They worried about dragging a whole swath of music history in the dust with them.

Right now Polymorph is a jumble of boxes, packed with old CDs that trace the 31-year trajectory of Stikman’s recording career. In certain art and noise-rock subcultures, he’s a veritable god. Or at the very least, he’s the father of a dynasty.

Polymorph’s name derives from an avant-garde band that Stikman led in the late Seventies. After it broke up in 1981, Stikman decided to teach himself the craft of sound engineering, partly as a new intellectual muse but mostly so he’d gain more control over his own art. “Recording engineers, they have a tendency to be somewhat misanthropic,” he said, recalling his early experiences as a rock musician. “They don’t ever want to tell you what’s going on. I decided to learn how to engineer so I could communicate with them.”

In fact, Stikman had a natural predilection for the work. As a kid he used to tape his own theatrical radio shows, modeled after broadcasts that were popular in the early- to mid-20th century — the kind that used coconuts to mimic the sound of hoofbeats, he said. Stikman would write scripts, act them out with similarly primitive sound effects, and record the work on cassette. Though his childhood oeuvre never garnered an audience, he learned a few important things in the process, and later applied them to music recordings. He and Rathbun launched Polymorph Recording in Berkeley in 1985, and moved to Temescal in 1989. At that time, the alley was a loose collection of old storage lockers, and the three storefronts that currently house Polymorph were a corrugated metal shed.

With the help of their friend Fellows-Mannion, the owners of Polymorph transformed it into a viable studio and vibrant hub for experimental music. They built a new front wall and roof, added multi-viscosity ceiling panels, installed plumbing, and insulated the building well enough to facilitate a wide variety of musical recordings. Rathbun, who was more of an architecture buff, added bent conduits and cantilevers for better acoustics; Fellows-Mannion turned one of the empty lockers into a three-hundred-square-foot control room.

Although the surrounding area remained fairly industrial for much of the two subsequent decades, Polymorph generated its own vibrant scene. Faun Fables, The Fleshies, Talk Is Poison, Moe!kestra, Carla Kihlstedt, Ralph Carney, Club Foot Orchestra, and Rathbun’s band Sleepytime Guerilla Museum all recorded there; with its mix of old analog gear and contemporary software, the studio could accommodate radio voiceovers as well as highbrow jazz or rock albums. Stikman’s acolyte, Davin Gaidano, a former intern who eventually formed his own spinoff engineering business, contends that Polymorph spawned a wide swath of a certain East Bay scene. “I mean, the guy from Neurosis interned here,” he gushed. “Neurosis. That’s huge.”

The owners of Polymorph would argue that, since theirs was the first business to breathe life into Temescal Alley, its very success led to its undoing. Gaidano said that Stikman helped make the area hip and artsy and cool, which eventually led to other hipsters coming in.

But Waite takes exception to that. She said that in the context of a new, vibrant alley, the recording studio just didn’t fit in anymore. “At one point, they were aligned with our artistic vision,” she said, wistfully. “We were aligned because they were musicians, and they were young.” But now the tables have turned, and she gets about five calls a day from prospective businesses wanting to rent the space — not to mention some of her current tenants want to expand. Even Stikman admitted he has a prime piece of real estate.

“I know a butcher came in and was looking at it with a drooly eye,” the engineer said. At this point, he has no definitive plans for Polymorph, other than possibly turning it into a roving enterprise. The business of engineering has changed along with the times, and now many people can cut albums on their own computers without the help of a professional. He may just be a relic of a previous “urban growth” movement, which counted engineers and radio play enthusiasts among its pioneers.