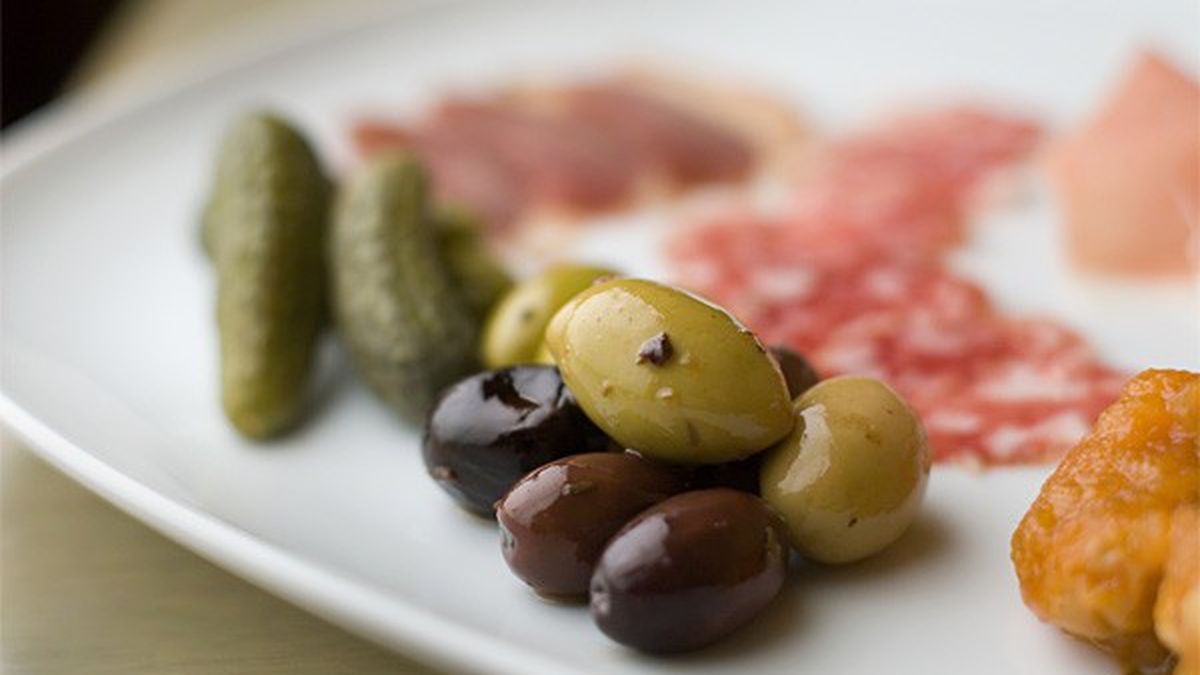 Artful eating for the diner who knows too much.

It’s a rare thing in an upscale Berkeley restaurant — especially one specializing in organic seasonal dishes — to hear a cranky diner asking her server for assurances that the ingredients in the dish she has ordered aren’t local. Yet that’s exactly the scene we encountered on a recent Sunday night at Digs Bistro, the tiny new eatery at Dwight Way and Sacramento Street that emerged from the underground restaurant scene this fall.

“I just need to know that the shellfish isn’t from the bay!” insisted our neighbor at the next table, who had selected Digs’ Fisherman’s Stew from the four entrées on offer that evening. She needn’t have worried; as her waiter patiently explained, the mussels were from Prince Edward Island, the clams were from British Columbia, and the shrimp was from Florida’s Gulf Coast. Chorizo from Spain, as well as potatoes and kale, nicely rounded out the dish.

“Chorizo? So is it really salty?”

And so it continued.

Conversations like these just didn’t happen back in the days when Digs was a mainstay of Oakland’s subterranean restaurant scene. A city employee named Jesse Kupers ran the operation out of his Lake Merritt living room, where he and chefs Justin Sconce and Heidi DiPippo gathered roughly 75 people one night a month for themed dinners (Southeast Asian, Mediterranean, vegan, Cajun) that eventually morphed into the simple theme of seasonal and good. Back then, the chatter was more likely about the paintings propped around the room or the heavenly scent of the garnet and Okinawan purple yam soup with crème fraîche and truffle oil wafting from the table.

The Digs team was tapping into what media outlets — including this one — had identified as the Bay Area’s restaurant ennui: Yes, we all like to eat out. Yes, we know our pho from our foie gras. No, after waiting six weeks to get a reservation, we’re not terribly impressed by that tower of seared ahi — which is hard to eat while sliding off this leather cube you people call a chair. … Underground restaurants were — and still are — a balm of sorts to this ailment and a welcome respite for the Diner Who Knows Too Much. These unlicensed, word-of-mouth establishments often offer the same caliber of cuisine as the Bay Area’s finest restaurants — minus the sticker shock. Also gone are the pretenses, the low lighting and fancy linens, the battle of wills with the pissy hostess or harried server. The dining-out experience is distilled to its essence — eating good food, drinking good wine, enjoying pleasant conversation. Period.

By all accounts, the Digs folks had elevated this trend to an art form. Then, a neighbor with a grudge made a fuss; Digs was busted and ceased operations. Not to be discouraged, Kupers, Sconce, and DiPippo decided to go mainstream. And while loyalists may have feared that coming out from under would ruin all that was best about the establishment, they shouldn’t have. Sconce and DiPippo are still making art.

Case in point: Digs’ charcuterie plate, brimming with not just your usual jellied hunk of country pâté and cornichons, but with perfectly thin prosciutto, thick slabs of maple syrup–cured bacon, savory slices of duck ham that is DiPippo’s own invention, and a small pot of chicken pâté that my companion eagerly described as “something I should really be eating a lot of.” An ample serving for two people at only $9, the plate and a slightly salty green salad tided us over nicely while we waited for our entrées.

Digs’ minimalist menu changes every few weeks, but the evening we were there other starters included a winter white bean and kale soup with cured olives and thyme — more broth-y than I expected, but this just made it seem more traditionally Italian, with flavors that mingled exquisitely. Entrées included Yankee Dixie pot roast and a vegetarian-friendly gemelli pasta dish with goat cheese, radicchio, arugula, walnut cream, and sundried tomatoes. Both dishes made us disinclined to share; the chuck from Iowa’s Vande Rose Farms fell apart in just the right way when sliced and was well balanced by its sides of mustard greens and grits, while the pasta was the perfect light entrée, each of its ingredients strongly flavored enough to savor, but not so strong as to overwhelm each other.

The concept of fancied-up comfort food is almost as tired as fighting for reservations, and I’m glad that’s not all Digs is doing here. Instead, you get the feeling of a menu designed by people who want to feed you what you already like to eat — just prepared a lot better than you’re used to. It’s like dinner at the house of that friend you wish would chuck her day job and become a chef already. The rooms and decor of the place also preserve the feeling of eating in someone’s house. Digs is basically two tiny rooms, one with a fireplace and a polished zinc bar with four stools, the other with nothing much beyond three tables. No arty roll-up sunshades here; this joint’s got drapes, like at your grandmother’s house, and a draft near the windows that may also remind you of dinner at Grandma’s.

Major server envy was the only down note of our Digs experience. That same waiter who so deftly diffused his patron’s oil-spill phobia did more than just chat up his tables about ingredients; he whispered conspiratorially about wine list selections, adjusted temperatures, brought out complimentary cookies and milk. On the other hand, our waitress’ frequent disappearances only gave us more time to watch her competition — wait, is he giving someone a hug now? — but somehow our wistfulness just rounded out the all-in-the-family feeling.

Ditto the Monday-morning quarterbacking going on at the next table, as Oil Spill Lady chugged her water. “Chorizo makes everything salty, I should have known better. I mean, I know chorizo.”