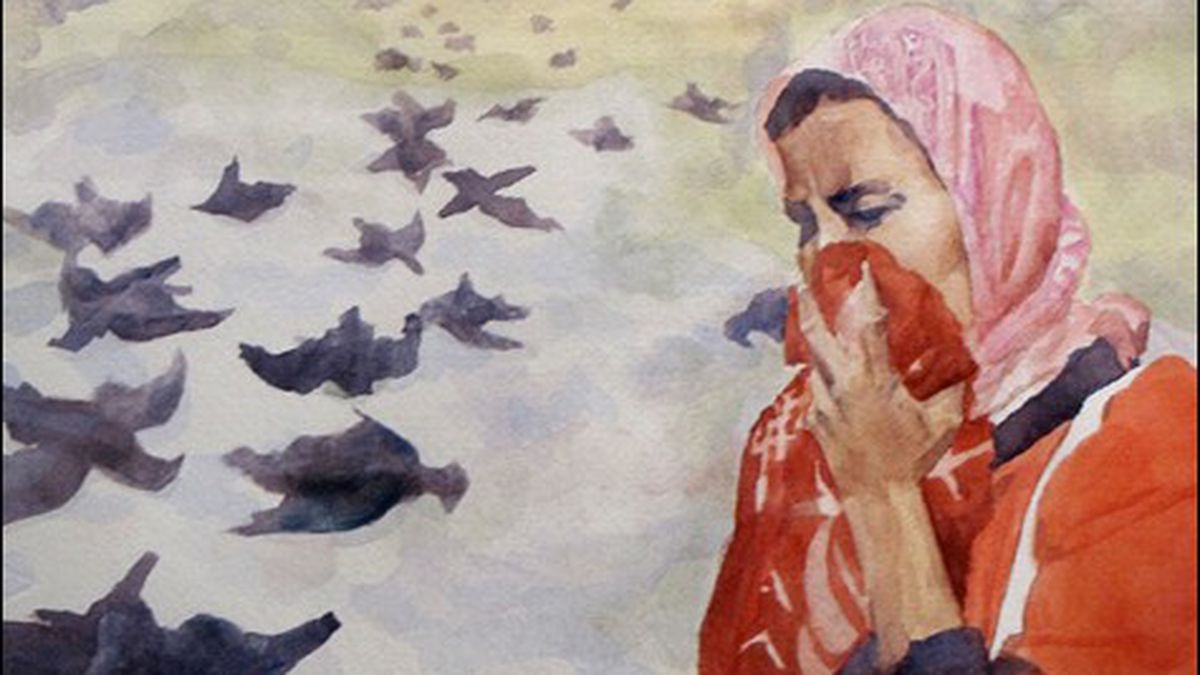 Pondering the collapse of cultural community.

“Things fall apart; the centre cannot hold; Mere anarchy is loosed upon the world,” wrote W.B. Yeats in 1919. A similar disaffection prevails in our unsettled times. Myths of Progress: Utopic Dreams/Dystopic Realities examines the breakdown of cultural norms (and postmodernism’s famous master narratives, or, rather, master-race narratives), so it’s about politics, but without ideological bludgeoning. Viewers can decide for themselves if the demise of our myth of “what we were promised” will lead, in curator Lauren Davies’ words, to “renewable utopia … [or] apocalyptic landscapes [caused by] out-of-control technologies.”

Nature and culture mix in strange and disquieting ways in these 44 works. Anna Ayeroff explores her family’s involvement with a utopian Jewish farming community (failed, of course) in Utah; her video, combining old Super 8 footage of the desolate landscape with new, matching footage of the artist raising a banner, and her landscape photos inset with reflective mylar windows would fit perfectly in the Berkeley Art Museum’s current show of 1970s California art. Jeff Eisenberg’s drawings of homemade guns examine the creativity of bullet-headed survivalists in times of deprivation. Alison OK Frost looks at social ills almost covertly in her watercolors; in “The Fallen,” a woman, perhaps Aghan, tries to block the odor of rotting ravens or crows; in “Rooftop,” young men stand on a roof silhouetted against the sunset: pretty scenery or Evening in America? And Lady Day fans will understand “Strange Fruit.” Jessica Ingram’s “Heaven” reveals the stage-flat mechanisms behind sentimental photographic fantasy. Michael Krueger resurrects newspaper images and graphics from the hippie era (“Oh Yeah”), when Boomers were the ones who knew everything. Michael McConnell combines stiffed toys and taxidermy specimens in his subversive assemblages, which manage to marry Lord of the Flies, Charlotte’s Web, and Goldilocks and the Three Bears. Erik Parra’s mixed-media paintings depict military/industrial buildings — warehouses and bunkers in red and blue — in remote, bleak locations, seen distantly as if from a helicopter; some of these examples of “Desert Modernism” have caught on fire.

Editor’s Note: The original version of this story mistakenly attributed the quote “Things fall apart; the centre cannot hold; Mere anarchy is loosed upon the world” to W.H. Auden. This version has been corrected.