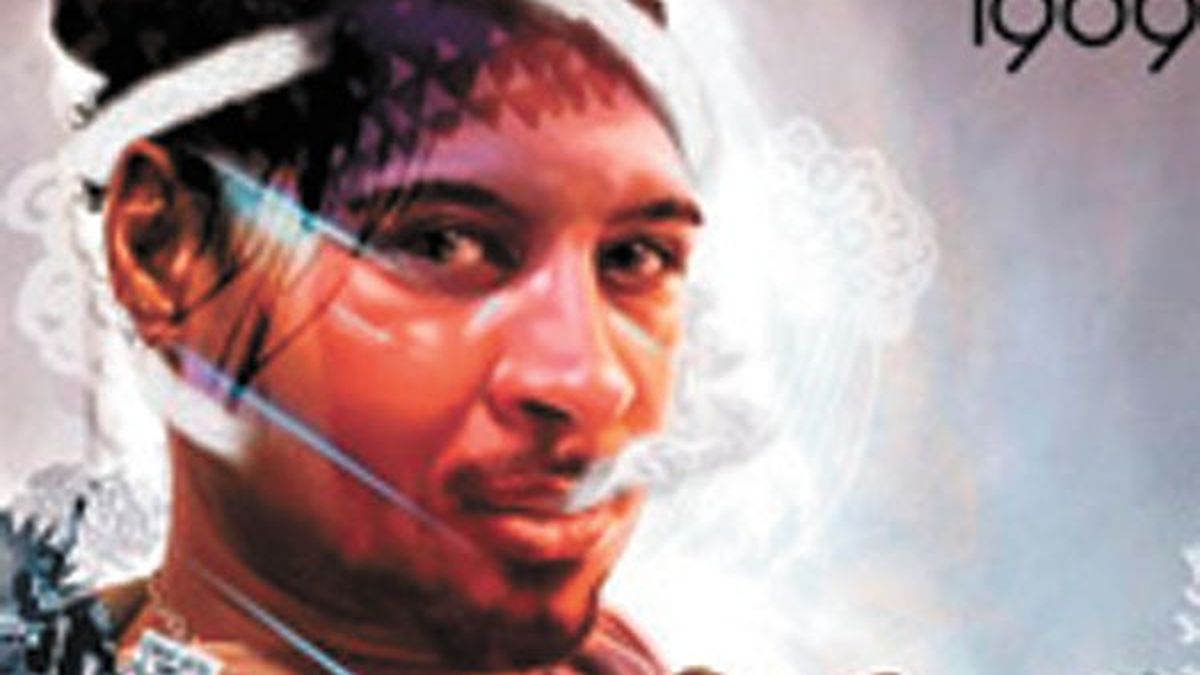 For any rapper to make a concept album is a mark of sophistication,
and Myka 9’s idea of creating a nostalgia-based soundtrack (hence the
title 1969) gives him room to experiment. Experiment he does,
sometimes with captivating results. 1969 sounds more like a
garage demo than anything to come out of a hip-hop studio in recent
years. He incorporates vintage horns, crusty bass lines, and R&B
hooks with no clear origin, all cobbled together by Canadian producer
Factor. It’s like listening to a rapper who fell in love with ’70s
music, but never quite figured out how to replicate its sound. He does,
however, make a valiant attempt.

And occasionally it works. Take the half-sung, half-rapped track
“Soul Beat,” which uses an acoustic bass and backbeat to get the groove
going. The lyrics are pretty corny (Gimme some of that double clutch
kick, snare, high hat/That’s right, Jack/I’m stayin’ where I’m at)
but that’s forgivable, since they pretty accurately reflect the content
of some ’70s-era pop songs. Better yet, take “Cadillac Nights,” which
incorporates electric piano and what could almost be Meters drum fills
— Myka 9 raps over the track in a slurry, stream-of-consciousness
manner, and spends most of the song name-checking vintage automobiles.
Both are charming anachronisms.

The only real drawback of Myka 9’s ’70s soul kick is that it gives
him more opportunities to sing. A talented and sometimes brilliant
rapper (check his flow on “Chopper”), Myka 9 is not the next Al Green.
He would do well to return to contemporary hip-hop. (Fake Four)

No on Measure B

Letters of the Week: Our Readers Are Done with White Supremacists