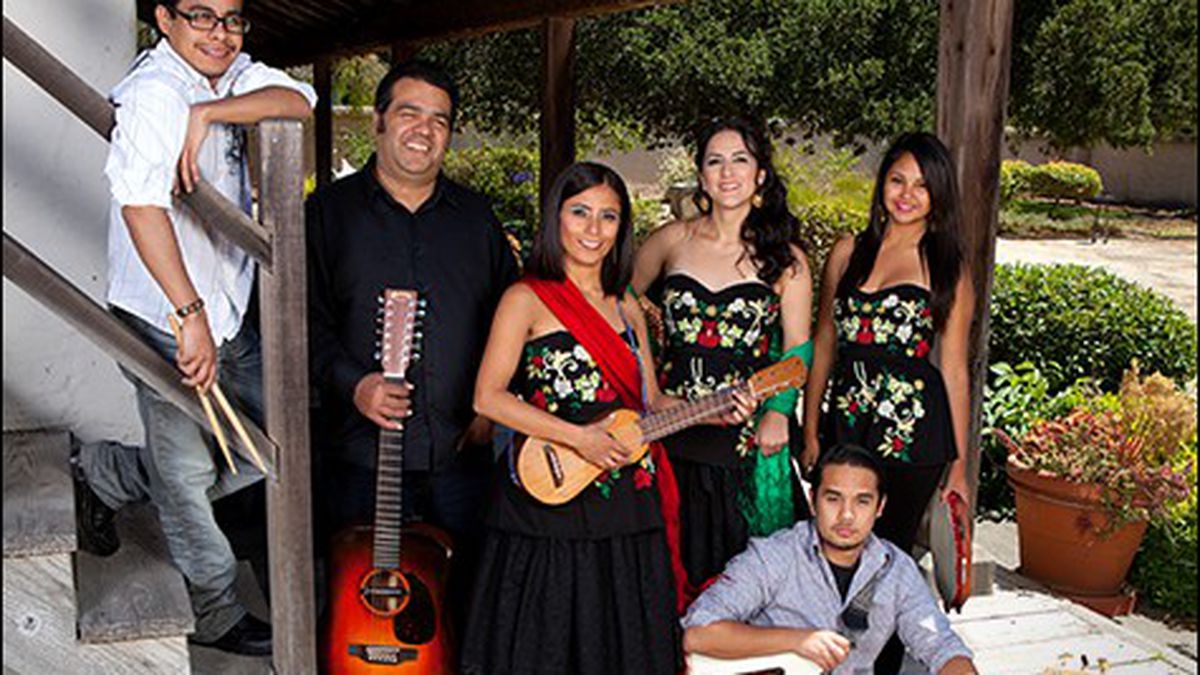 Los Cenzontles’ bandleader, Eugene Rodriguez, has always been interested in the connections between different musical traditions. So when Los Lobos lead singer David Hidalgo spoke with him about the zydeco musical community in Richmond during a recording session with the band back in 2007, Rodriguez’s interest was piqued. Then last year, Rodriguez heard about local zydeco musician Andre Thierry from one of his sound guys, and grew excited to meet a member of the scene he had heard so much about.

When he and Thierry began talking, the two noticed many shared characteristics between zydeco, the Creole blend of blues and R&B, which originated in Louisiana, and Mexican musical traditions. “I think what’s similar is a deep respect for tradition, but also the passion to critique the traditions moving forward,” said Rodriguez. “Balancing tradition with innovation is important to us and it’s also important to Andre.”

Upon discovering that Thierry went to the same middle school as one of Los Cenzontles’ band members, Rodriguez was further intrigued. “Two young people from the same generation, both writing songs from within their culture,” he said. “I thought there must be so many other commonalities.”

Rodriguez and Thierry began recognizing more and more points of connection. “Richmond was known as a real center for zydeco Creole culture for many years,” said Rodriguez. “The focal point was St. Mark’s Church, which is the same church a lot of our community goes to. I thought there must be so many stories about how we came here, and how culture made us strong.”

So they decided to embark on a musical collaboration and oral history project, which officially launches with a concert this Thursday, January 9 at the Los Cenzontles Mexican Art Center (13108 San Pablo Ave., Richmond). Featuring performances by David Hidalgo, Los Cenzontles, and Thierry, Rodriguez hopes the event will drum up enthusiasm for the cross-cultural endeavor. In addition to the music, concertgoers can enjoy food from both traditions — homemade tamales and red beans and rice.

Rodriguez’s vision for the project is to use musical collaboration as well as video interviews with Richmond community members to explore how culture has made the Mexican and Creole communities resilient. Interviews with Queen Ida, one of the best-known zydeco musicians from Richmond, as well as with Thierry’s grandmother, who planned zydeco dances at St. Mark’s Catholic Church, are currently in the works.

Rodriguez intends to put the interviews online, create an album, and tour with his band and Thierry, performing traditional as well as fusion songs. His hope is that the project will inspire and empower other ethnic groups to realize how their histories are intertwined. “I think we have a prevalent myth in our country that we all kind of revolve around white culture,” he said. “The more we deconstruct that myth, it makes all of us owners of our histories, and our destinies.”

The Fuzziness of Human Rights