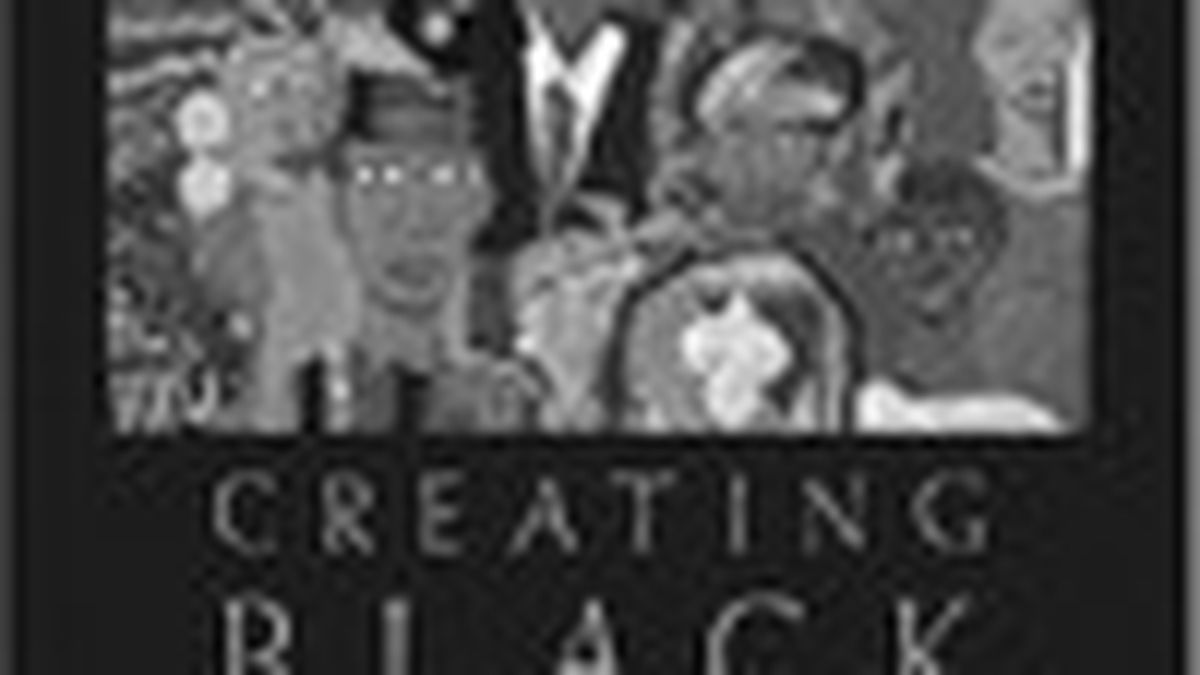 Po Bronson wept: Interviewing seven hundred families over three years could have produced a totally doomsday or totally sappy book. Instead, Bronson’s Why Do I Love These People? (Random House, $24.95) is a subversive real-life thriller about parents, spouses, sibs, and kids who survived abandonment, infidelity, poverty, illness, silence, and violence and made amends — or not. Among them are an Oakland doctor whose mother-in-law pees on his carpet, possibly on purpose; and a Japanese-immigrant farmer who went from earning eighty cents an hour pruning Hayward hedges to being worth $150 million and prouder of his orchids than his four Harvard-grad kids — or so the kids suspect. Heroes, villains, a grandma whose favorite meal was liver sautéed in Vaseline — Bronson saw and felt a lot. Interviewing one woman in a Florida housing project, “I was worried for her,” he tells Press Here. “I was worried whether she should be living with her boyfriend. Yes, I felt she should leave him. But was it my place to tell her so? … Months later, he got drunk and raped her. I insisted she file a police report, and she did. But sometimes I hate the rules of journalism.” In custody court, he saw a mother barred from seeing her daughter after being falsely accused of child abuse by her ex. “When the judge made his decision, it killed me,” Bronson says, “and I cried.” Another time he interviewed the daughter, wife, and girlfriend of a deceased KKK Grand Dragon: “The girlfriend was a retarded woman and this hateful man used to do the most terrible things to her. But because of her mental condition she recounted these incidents with a clinicalness in which she barely realized just how terribly she had been victimized. He would drive her around, pick up black men, and make his girlfriend have sex with them in the back of a van. When she told me this … I almost wanted to vomit and I did cry some.” Some interviews inspired him, but “hearing the capacity for cruelty in the human character shook me terribly, depressed me, and scared the living shit out of me.”

Pol dance: At a recent news conference Senator Barbara Boxer announced, “We are in a mess.” She meant America, not herself and her coauthor, Mary-Rose Hayes. The pair’s new novel, A Time to Run (Chronicle, $24.95), is the tale of a feisty liberal California senator — a “pint-sized cutie” — who, as a cafe-goin’, beret-sportin’, Nixon-loathin’ UC Berkeley undergrad circa 1974, realized that “she’d been put here on earth to save its endangered children.” She teaches poor kids to read. Two men vie for her. One beds her, “clinging to her as if he’d never let her go, and it was all so easy and right.” The other weds her. Political careers ensue. Here’s a spoiler: Republicans suck. They really, really do. Boxer, whose daughter was married to Hillary Clinton‘s brother, spent seven years working on the book — Hayes helped for three — and got a $15,938 advance, according to the Mercury News.

Putting the “head” back in “Deadhead”: Jerry Garcia pooped; Jerry Garcia painted — and the result is a bonanza for buyers. From December 18 through 24, Garcia’s toilets and dishwasher are being auctioned on eBay to benefit a local nonprofit. This fall, original paintings and drawings reproduced in Jerry Garcia: The Collected Artwork (Thunder’s Mouth, $60) were auctioned off in San Francisco City Hall. Edited by Berkeley designer and Garcia-estate art curator April Higashi, the coffee-table homage includes musings from cronies such as Carlos Santana, who dubs Garcia “the captain of multidimensional navigating.”

Hello sailor: At a shipboard party, Canyon music producer N. Jay Young told a nautical yarn to a stranger who introduced himself as “Alan.” The stranger urged him to write it — but since Young is a quadriplegic, writing is hard. As for the fact that Alan was famous actor Alan Arkin, “I was as clueless as a baby in a topless bar,” Young says now. Voice-recognition software helped him produce A Ship’s Tale (Boson, $17.95) — about rogue sailors saving a decrepit square-rigger — and he wants to send Arkin a copy if he can find the actor’s address. Having begun his career by volunteering at a 1969 outdoor concert “which in my opinion was a major disaster” but which turned out to be Woodstock, Young moved west. His real name is Neil Young, though he’s not the ex-CSNY singer (who, to confound matters, performed at Woodstock): “Fortunately, we know each other, so this has really never been an issue.” After originally submitting the manuscript under his real name, he was offered a contract — but when the publisher learned that he wasn’t the famous Young, “they withdrew the offer — bastards and idiots who received a reprimand from myself and [the other] Neil Young.”

Time marches on: After deciding that only African-American artists should illustrate her new history book Creating Black Americans (Oxford, $35), Nell Irvin Painter began searching for likely candidates and learned that “black art history, like black history as a whole, includes a crushing burden of racial and gender discrimination. American art history, like American history in general, seldom grapples with the fact of discrimination.” Born at the Houston Hospital for Negroes, Oakland-bred Painter is at work on another book, set to be published by W.W. Norton: The History of White People.

Ammunition vision: “Bill Clinton‘s Sacred White Anus” is among the essays in Words to Our Now (University of Minnesota Press, $25.95) by Fulbright Scholar, O. Henry Award-winner, and ex-Oaklander Thomas Glave, who asserts that the world considers gay blacks such as himself to be “disposable,” and wonders: “Will we stand together when the time comes for us to face that machine-gun fire?”

All’s pharaoh: Ex-Oaklander Sam Friede says his Egyptian heritage inspired his self-published series of historical fantasies. In Schneider’s Diary from the Ladder of Ramoteb ($16.95), a German’s encounter with a cat-woman — a djinn — produces a son who switches between human and fox forms. Satan-worship ensues, as do time-travel, mummies, blood-guzzling, and an evil temple near Dortmund.

Readers digest: Photographing thirty families in 24 countries, each posed alongside a week’s worth of its groceries, Peter Menzel and Faith D’Aluisio discovered that a typical American household (the Revis family of Raleigh, NC) spends $341.98 on seven days’ worth of Pop-Tarts, Chicken McNuggets, cucumbers, punch, and more. A typical family of Sudanese refugees (the Aboubakars of Breidjing Camp) buys limes, oil, dried goat meat, and more … for $1.23. The refugees’ diet comprises subsidized rations; a week’s worth would sell for $24.37 locally, as Menzel and D’Aluisio reveal in Hungry Planet: What the World Eats ($40), new from Berkeley’s Ten Speed Press.

Penal flash: Fulbright scholar Robert Smith spent 1961 in Europe studying criminal-justice systems. One of the first seminars he attended comprised international grad students. “Some of the Third World students suggested programs that I had difficulty considering,” Smith recalls. For them, “prevention meant mutilation, castration for rape, cutting off hands for theft. … Correction meant death by any number of methods.” He sure wasn’t in Berkeley anymore: “I could not even relate.” Generally, though, he admired the respect he saw being afforded to European inmates, but feared that this was changing: “They were just starting to follow the American model.” He remembers telling a British colleague: “You’re busting your tails to be where we are now and we’re busting our tails to be where you were fifteen years ago.” He and his social-worker wife Fran Williams Smith learned new values in landscapes still emerging cautiously from a major war. Their memoir Time Out (Ivy House, $22.95) celebrates risk-taking.

Nightly nudes: Ascertain the date, get aroused, and remember to use clean syringes: The “Hotties of Harm Reduction 2006” calendar ($15), new from Oakland’s AK Press, features nude pix and tips on safer drug use.

Fur sure: His prowess in bloody battles against the Blackfeet won African-American fur trapper Jim Beckwourth the admiration of their enemies, the Crow, who appointed him chief and dubbed him Medicine Calf around 1830, as El Cerrito’s Ann Manheimer recounts in a new bio, James Beckwourth, Legendary Mountain Man (Twenty-First Century, $27.93).

In memoriam: The energetic owner of Montclair’s A Great Good Place for Books has passed away at age 52. When Debi Echlin didn’t come to work the day after Thanksgiving, worried employees rushed to her house. She had died in her sleep.