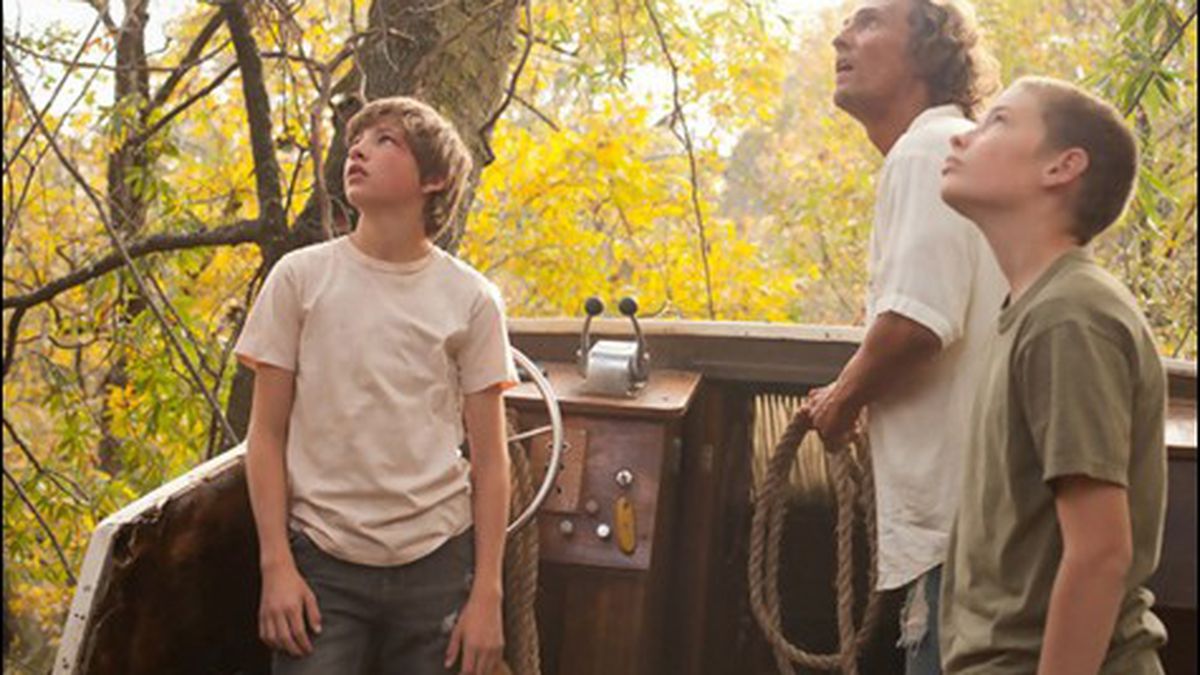 Everybody knows what a Western is. A friend of ours, working for a movie-theater circuit booking films in the Central Valley, was told by his boss he could program anything he wanted, as long as it had “a man on a horse.” But what exactly is a Southern? Cool Hand Luke? Gone with the Wind? Beasts of the Southern Wild? Driving Miss Daisy? Django Unchained?

There’s another definition available: Anything made by Jeff Nichols. The 34-year-old writer-director, a native of Little Rock, has made some outstanding “southerns” — challenging dramas that capture the atmosphere and character of the American South — in the past six years. Shotgun Stories (2007) looked at a family feud between groups of half-brothers. Take Shelter (2011) showed the disintegration of a fear-driven farmer in Ohio (not really southern, but close enough). But perhaps the best Nichols yet is his new one, Mud, the story of two teenage boys, a fugitive drifter, and the people they encounter.

Meet Ellis (Tye Sheridan) and Neckbone (Jacob Lofland), fourteen-year-old best friends from DeWitt, Arkansas, just above the Arkansas River, not too far from the wide Mississippi. Ellis, a quiet yet assertive kid who’s not afraid to get in a fight, lives with his quarreling parents in a houseboat. Neckbone stays with his oyster-diving uncle Galen (Michael Shannon, chief of the Nichols stock company) in a mobile home. Together they’re a junior redneck Heckle & Jeckle.

The two boys spend most of their summer exploring every nook and cranny of the surrounding area, including an island in the river where one day they discover a good-size boat stuck high up in the branches of a tree, obviously left there by flood waters. Inside that boat lives Mud (Matthew McConaughey), a weathered-looking drifter with a secret, who intimidates Ellis and Neckbone for about five minutes. Then they become his double-buddy chums.

If you’re thinking this is beginning to sound like The Adventures of Huckleberry Finn, you’d be correct. Unattributed references to Mark Twain (not to mention William Faulkner) abound in Nichols’ flavorful, character-rich story, alongside whiffs of Stand By Me, Cape Fear, and other tall tales. Nichols weaves them all together with consummate skill and a little black pepper. Mud is hung up on his old girlfriend Juniper (Reese Witherspoon), a shopworn blond in cutoffs, whose presence in town coincides with that of a party of bounty hunters led by King Carver (Joe Don Baker), whose son is believed to have been killed by Mud in a squabble over Juniper. Mud needs to get downriver to the Gulf in a hurry, and the boys are pressed into service, scavenging boat parts and canned food.

It’s been two hot years in a row for McConaughey — Magic Mike, The Paperboy, Killer Joe, Bernie, The Lincoln Lawyer. This may be the juiciest role of all, a complex character in a gabby cracker wrapper. Mud, in full Paul Newman mode, has a magic shirt that stops bullets. It’s his only shirt. Yes, he “kilt” that man, but he did it in protecting his girlfriend. Whether she deserves that kind of loyalty is another question, one that sticks out of Witherspoon’s performance at odd angles every time she sashays into shot. McConaughey and Witherspoon, both Southerners, understand the turf, as do Baker, Ray McKinnon as Ellis’ father (shades of Huck’s pap), and Sarah Paulson as Ellis’ mother. Sam Shepard is in a class of his own as Tom Blankenship, the grumpy old man who lives across the river from Ellis, but then Shepard always brings his own authenticity to this kind of part, even if it looks added on.

Nichols takes his time with this colorful cast of faces and voices, simmering the blood feud and the one-sided love affair and the fugitive chase and Ellis’ first love — an older high-schooler named May Pearl (Bonnie Sturdivant) — until they’re fork-ready. He clearly loves the region and the people, and knows when to stand back and let ambient sounds tell the story. Let’s not forget the work of young actors Sheridan (from Tree of Life) and Lofland, who hold their own with one of the biggest scene-stealers south of the Mason-Dixon Line. We may not get to see Mud as part of a beer-sozzled audience at SXSW, but it still resounds with Evinrudes and cottonmouths.

Oakland Has to Cut Salaries Now

The Recline of Movie Civilization: How Bay Area Theaters are Reinventing...