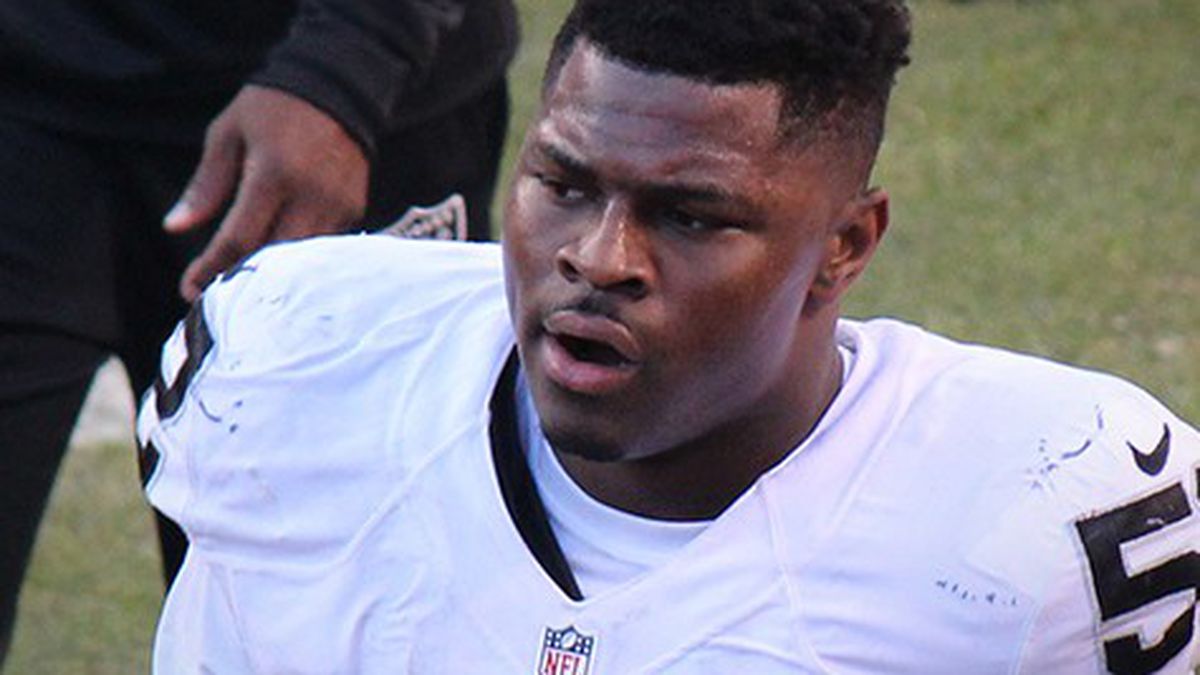 Here’s a prediction for the 2016 National Football League season: Khalil Mack will be the most dominant defensive player in the game.

That’s not quite going out on a limb, considering that the Oakland Raiders 2014 first-round pick racked up fifteen sacks last season, and is widely seen as the heir-apparent to elite defender J.J. Watt.

Nevertheless, Mack somehow flies under the radar. Perhaps it’s an Oakland thing, and the fact that, for so long, the franchise has simmered in its own bottom-feeder stew.

Or maybe it’s because, in a league of bombastic trash talk and flash, Mack is a classic player who succeeds by grinding it out in the trenches.

But even though Mack is not a showy star, he still likely will command elite dollars if he repeats last year’s Pro Bowl performance on the field. And that could equal big bucks for the University of Buffalo linebacker. (Think Von Miller’s six-year, $114.5 million contract that the Super Bowl champ inked last year.)

That’s a lot of coin — and the Raiders may have to leave to Las Vegas and get lucky just to come up with the riches to pay Mack.

No matter how they loosen the purse strings, though, it’ll be worth it. And Mack still hasn’t hit his ceiling. @52Mack_ on Twitter.