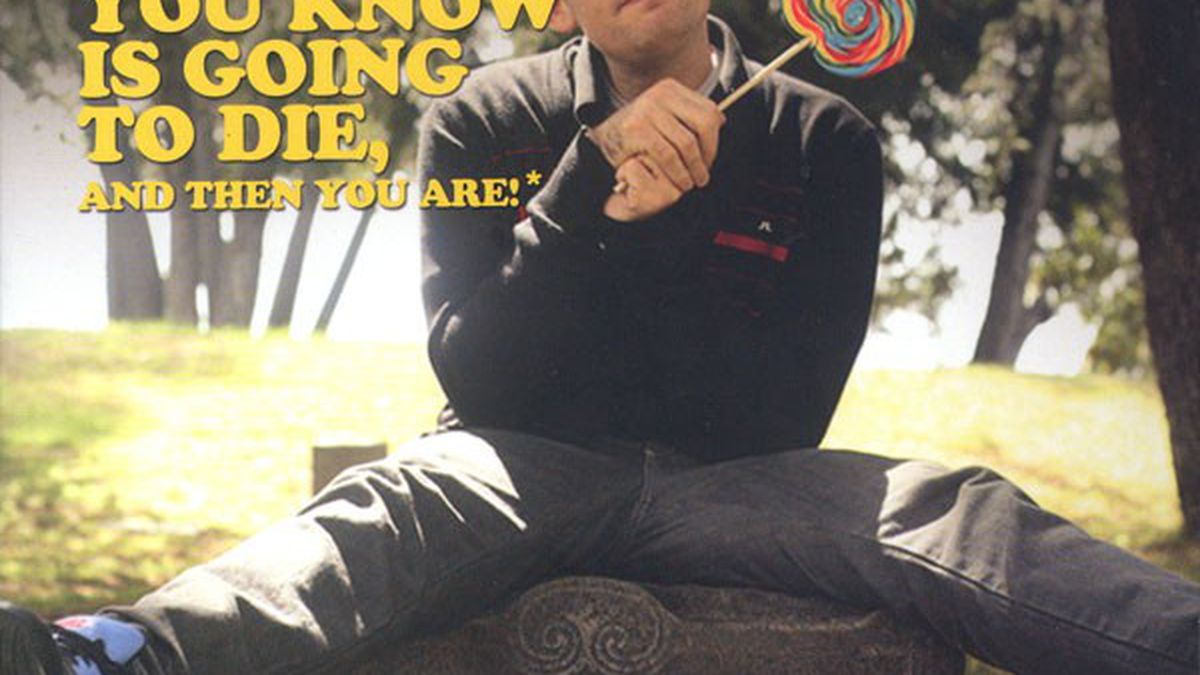 Everyone You Know Is Going to Die, and Then You Are! Unless You Die First

Like many comedians of his ilk, Moshe Kasher is riddled with
contradictions. He’s Jewish, but insisted on cutting his hair in an
oh-so-fashionable “Gay Hitler” style (he calls it a “Gitler”). He’s
self-conscious about his thin, wiry frame, but brags about his
virility. Above all, he presents himself as an enlightened progressive,
but takes great pleasure in offending his audiences. Off-color jokes
are Kasher’s stock-in-trade on Everyone You Know Is Going to Die,
and Then You Are! Unless You Die First, which is less a concept
album than a string of skits that use mortality — or, rather,
predestination — as a framing device. In Kasher’s universe, no
group is spared: gays, Jews, gentiles, non-English speakers,
metrosexuals, buyers of thrift-store underwear, cops, senior citizens,
and denizens of Modesto all get the hatchet. “If at any point tonight,
you do become offended by what you hear, that’s okay, you’re a big
girl, and you can do that,” Kasher says early on in a bit called
“Ground Rules.” “But please do not tell me after the show,” he
continues,” “because I don’t give a fuck.”

It’s not always clear why Kasher wants to be perceived as such an
ornery, abrasive human being, given that the persona doesn’t always
become him. His gay jokes are hit-or-miss. The one about being the
victim of a gay bashing is genuinely funny — partly because it’s
believable — but other bits devolve into caricature. Even the
poop jokes seem too pedestrian for a comedian who belongs in the
writerly ranks of Brent Weinbach, W. Kamau Bell, and Drennon Davis.
Kasher helped launch the comedy scene in Oakland a few years ago, then
made the obligatory pilgrimage to Los Angeles. He now seems intent on
separating himself from Oakland’s political correctness, perhaps to
show he’s above the fray. Or maybe he just needs a concrete way to
characterize himself.

Whatever the case, his best material deals with abstract ideas
rather than people. “Where One Sweater Ends Another Begins” is one of
Kasher’s most inspired bits, since it uses an accumulation of body-hair
metaphors (werewolves, beaver pelts, a sweater beneath a sweater) for a
joke that’s actually about neurosis. Kasher structures the joke as a
long tag, meaning he takes a simple punch line and drags it out well
past the point of absurdity. That’s a form in which he really excels,
and it shows the hint of a brilliant performance artist lurking beneath
the adolescent sense of humor. Hopefully, in his next album, Kasher
will veer more in that direction. (Rooftop Comedy)

Ben-Hur: Chariots of “So What?”