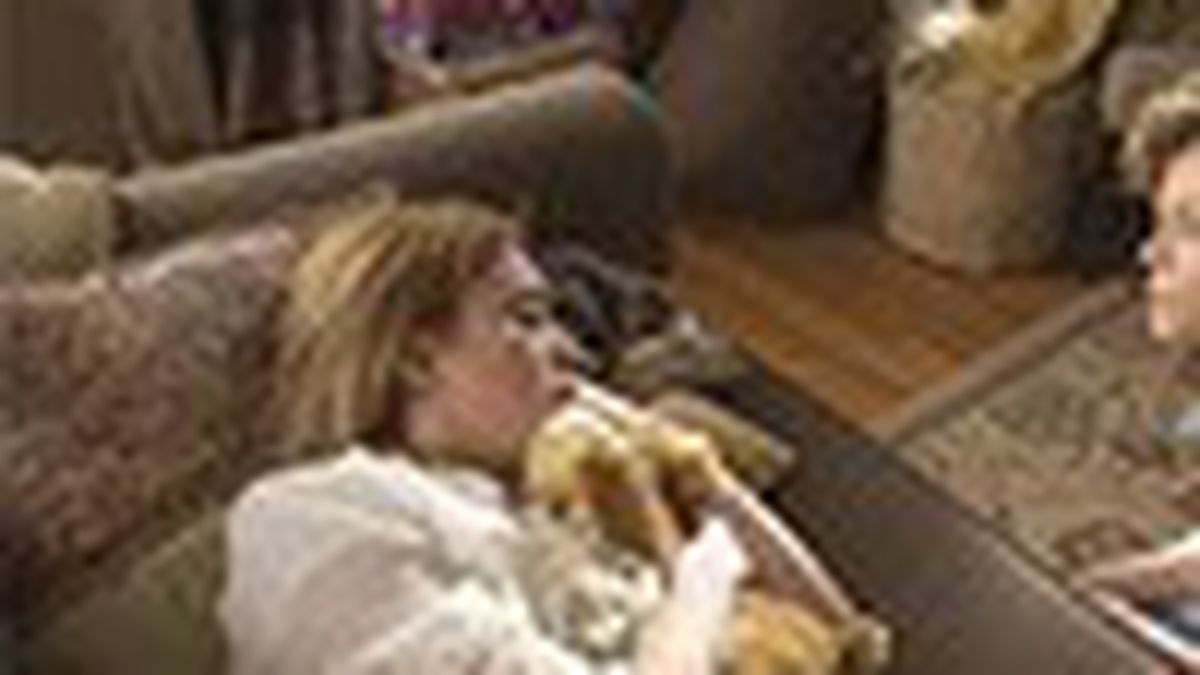 Three noisy women and a worn-out premise rattle around trying to make contact in Georgia Rule, an incoherent dramedy of rampant parental insufficiency from director Garry Marshall. Marshall’s broad comedy has always made him a soft target for critics, but along with his duds (Beaches, Runaway Bride, and Raising Helen spring unbidden to mind), he’s made a few charming women’s pictures, among them Frankie and Johnny, the first Princess Diaries, and even the politically reprehensible Pretty Woman. Georgia Rule isn’t one of them.

Earnest doesn’t become Marshall, who, along with his screenwriter Mark Andrus (whom we have to thank for the horribly pandering Life as a House and Divine Secrets of the Ya-Ya Sisterhood), has gleaned his notions about dysfunctional families from Oprah and Dr. Phil. Though Georgia Rule’s official lost cause is an out-of-control teenager, in the dreary logic of psychobabbling sagas, it quickly emerges, via an outsize elephant in the living room, that poor social skills and a tenuous grip on reality are rather equitably distributed among the three generations of highly strung ladies in her family. Rachel (Lindsay Lohan), a wild and woolly teen who has sinned and lied about it one time too many, is dispatched by her willfully myopic lush of a mother Lilly (Felicity Huffman) to Idaho, where, it is hoped, she will undergo a character makeover at the hand of her rule-bound grandmother Georgia (Jane Fonda) and a town full of smiling Mormons preaching premarital virginity and other red-state virtues. Notwithstanding her ramrod back and frequent invocation of the Almighty, Georgia gives as good as she gets, exhorting her grandchild to go fuck herself and stuffing soap into the child’s blasphemous mouth as needed.

This is Marshall at his slapstick worst, and the best that can be said for Fonda’s role — another frisky movie granny for the books — is that it is marginally less gruesome than the manipulative maternal virago she played two years ago in Robert Luketic’s abysmal Monster-in-Law. Here, despite a gardening hat that makes her look unnervingly like her late dad hamming desperately through On Golden Pond, Fonda is not made to pitch face first into a plateful of food, in part because Marshall is holding her in reserve for some two-way moral pedagogy when things turn serious, as they do in bewildering fits and starts between bits of low-comedy business involving genital exploration and zit-covered Mormon maidens popping up from bushes. Once the family skeleton marches out of its closet and the therapeutic blather sets in, there’s almost no rescuing this wobbly movie from its showdowns and insights, its tearful embraces and eleventh-hour forgiveness.

Except, that is, when Lohan’s around.

Beginning with The Parent Trap and on through Freaky Friday, Mean Girls, and A Prairie Home Companion, there’s scarcely been a movie that this gifted young actress hasn’t made her own, unless you count the unsalvageable Herbie Fully Loaded. A self-possessed, vitally carnal, and intelligent screen presence, she can outgun almost any caricature, including a parody of her own off-screen self, and as the movie wears on she deftly holds on to Rachel’s bravado while slowly unfurling this young woman’s bruises, and her courage. Sullen at having been dumped in Hicksville and put to work in a vet’s office, Rachel aims her indiscriminating libido simultaneously at the vet (Dermot Mulroney, whose many virtues include the ability to survive a Garry Marshall movie with dignity intact) and a young Mormon blade (Garrett Hedlund) whose untapped manhood she takes up as a challenge. She stays out late, lies — maybe — through her teeth, and creates mayhem wherever she goes. So, yes, Georgia Rule might profitably be retitled The Lindsay Lohan Story (there’s even an iffy father figure, nicely played by Cary Elwes), but peeking out from all the strutting and preening is a strong, decent person in the making. With luck that same person may yet rise up to deliver Lohan — whose well-documented freakout occurred on the set of Georgia Rule — from her off-screen antics before she wrecks her career, and her life.