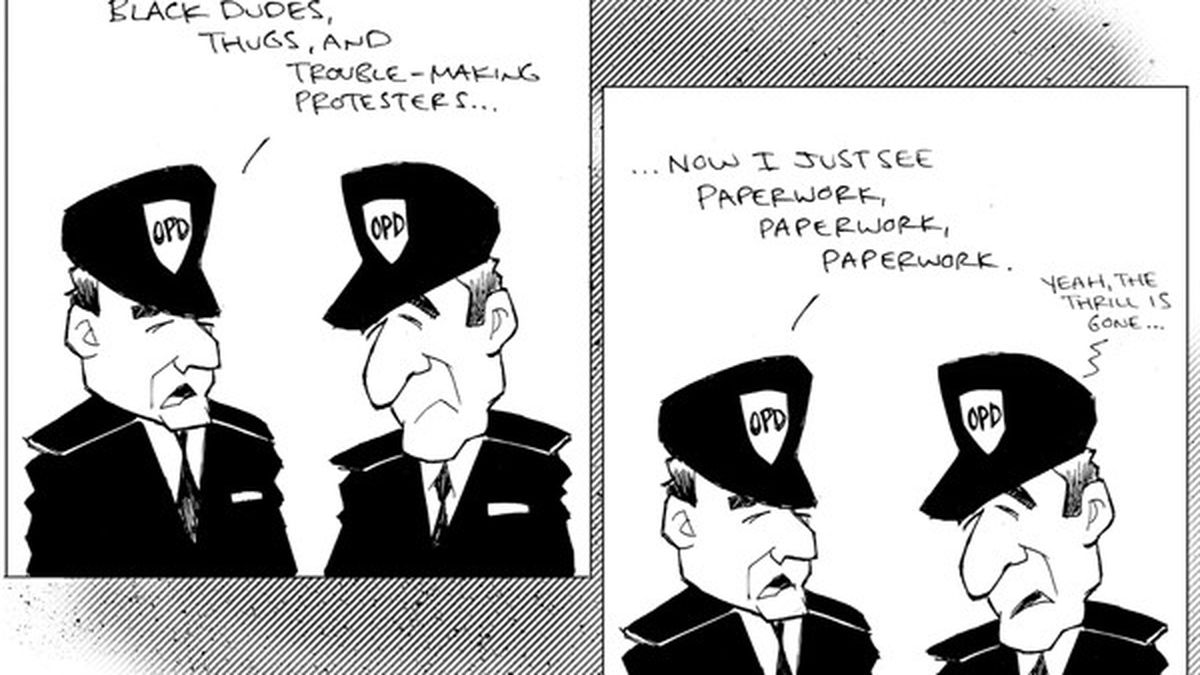 More of the Same from OPD?

The new settlement agreement between civil rights attorneys and the City of Oakland may not reform the city's troubled police department.

The Oakland Police Department narrowly avoided federal receivership last week when US District Judge Thelton Henderson approved a new settlement agreement between civil rights attorneys and the City of Oakland. Under the agreement, the city must hire a “compliance director” who will oversee the department’s federally mandated reform efforts. City officials and civil rights attorneys John Burris and Jim Chanin have expressed confidence that the compliance director will enable OPD to finally live up to the federal consent decree that stemmed from the infamous Riders scandal a decade ago. But there are questions as to whether the settlement goes far enough and whether the compliance director will be able to change OPD’s dysfunctional culture — a culture that has stymied the reforms so far.

Since the city agreed to its consent decree in 2003, Oakland has had four police chiefs who have often treated the reforms as roadblocks to policing. They’ve complained that the requirements have forced them to assign too many cops to internal affairs, and made officers fill out too much paperwork. They’ve argued that they can’t solve crimes and lower the city’s crime rate because they spend too much time trying to comply with the decree.

And their distaste for the reforms has permeated throughout the command staff and the department: Rank-and-file cops also dislike and resist the mandates. So it’s not surprising that the reforms are not being implemented, and that citizen complaints against OPD for misconduct are higher than ever.

Oakland street cops also appear to be avoiding some police work because they don’t want to comply with the reforms. Last week, the San Francisco Chronicle reported that vehicle and pedestrian stops by Oakland cops plummeted by 75 percent from 2008 to the present — from more than 68,000 stops to a projected 15,733 for 2012. The article attributed the drop in stops to the department’s loss of two hundred officers since the end of 2008, and to the unwillingness of street cops to fill out paperwork required by the consent decree.

Citing officers who spoke anonymously, the article claimed that stops are “distinctly complicated in Oakland” because officers are now required to fill out separate reports on each person they stop, including the person’s race and gender, as well as the justification for and outcome of the stop. “The policies become so restrictive that police work isn’t possible,” said one unnamed officer.

However, the so-called “stop data” requirements in the consent decree have not blocked other police departments from doing their police work. Indeed, stop data requirements represent best practices for 21st-century American policing, and have been adopted by several other departments that have undergone their own reforms under consent decrees. “All the consent decrees are essentially the same,” said Samuel Walker, professor emeritus of criminal justice at the University of Nebraska-Omaha. “There is nothing unique, or uniquely difficult, about the Oakland NSA [Negotiated Settlement Agreement].”

A 2009 report from researchers at Harvard’s Kennedy School of Government noted the progress that the Los Angeles Police Department has made under its consent decree and the positive impact the reforms had on street policing. Even though LA street cops viewed the stop data requirements as a burden to their work as well, LAPD’s patrol division improved the quality of its stops, resulting in more cases that actually made their way to court. “Despite the views of some officers that the consent decree inhibits them, there is no objective sign of so-called ‘de-policing’ since 2002; indeed, we found that both the quantity and quality of enforcement activity have risen substantially over that period,” the researchers wrote. “The greater quantity is evident in the doubling of both pedestrian stops and motor vehicle stops since 2002, and in the rise in arrests over that same period. The greater quality of stops is evident in the higher proportion resulting in an arrest, and the quality of arrests is evident in the higher proportion in which the District Attorney files felony charges.”

Cities similar in size to Oakland, such as Pittsburgh and Cincinnati, also have reformed their police departments to meet modern law enforcement standards in recent years. By contrast, OPD’s arrests and solve rates for violent crimes have plummeted in the past half-decade as its reform efforts went nowhere (see “Getting Away with Murder,” 11/14).

It should be noted that Oakland also has suffered from a lack of political leadership over the past decade. Mayor Jerry Brown instituted the “get-tough-on-crime” mindset that led to The Riders scandal, and then ignored the federal reforms until late in his tenure when it became clear that he was going to run for attorney general. Mayor Ron Dellums was not much better. And Mayor Jean Quan has failed to make much progress during her two years in office.

Nonetheless, the decline in stops made by Oakland police provides definitive evidence that the department needs to change its attitude toward the reforms. In September, the Express detailed the substantial progress that Detroit had made on its two federal consent decrees in recent years after that city’s police department command staff decided to fully embrace best practices in policing (see “The People’s Police Department,” 9/19).

By contrast, OPD has made little to no progress under Chief Howard Jordan — not unlike what happened under his predecessors Anthony Batts, Wayne Tucker, and Richard Word. And that fact, along with the rank-and-file’s strong resistance to the reforms, is why the new settlement appears to be flawed.

In other words, the new settlement agreement does not appear to have gone far enough. And so, one year from now, we may be no closer to having an effective police department than we do today.