1. Bay Area Bike Share, which launched last August in San Francisco and the Peninsula, is headed for the East Bay next year, the Chron reports. The program will feature about 750 bikes — 400 in Oakland and 350 in Berkeley — that commuters will be able to share at about 60 stations. Currently, program participants pay $9 for a one-day pass, $22 for a three-day rental, or $88 for an annual membership. Riders can return their bikes to any station. Transportation officials hope to begin the East Bay program by May 2015.

2. Labor activists are planning to put a measure on the San Francisco ballot this November that would raise the minimum wage in the city to $15 an hour — the highest in the nation, the Chron reports. Under the proposal, companies with more than 100 employees would have to raise the minimum wage to $13 an hour in January and to $15 in 2016. Businesses with fewer than 100 employees would have until 2017 to reach $15 an hour. 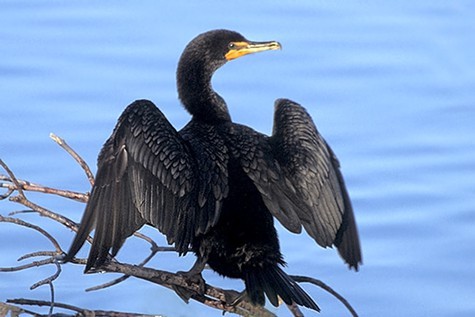 3. Caltrans’ $709,000 effort to lure threatened cormorants from the old Bay Bridge to the new span has failed so far, the Chron reports. The 800 birds are refusing to move, despite the fact that Caltrans built nesting platforms for them on the new eastern span. Transportation officials are now scrambling to demolish the old bridge — at an increased cost of $12.8 million — so that the birds will move before the nesting season. The demolition work is months behind schedule.

5. And the US Supreme Court’s decision last week to strike down some campaign donation caps could have a big impact for wealthy contributors in the Bay Area, the Bay Area News Group reports. About 7 percent of the largest donors in the nation live in the Bay Area.