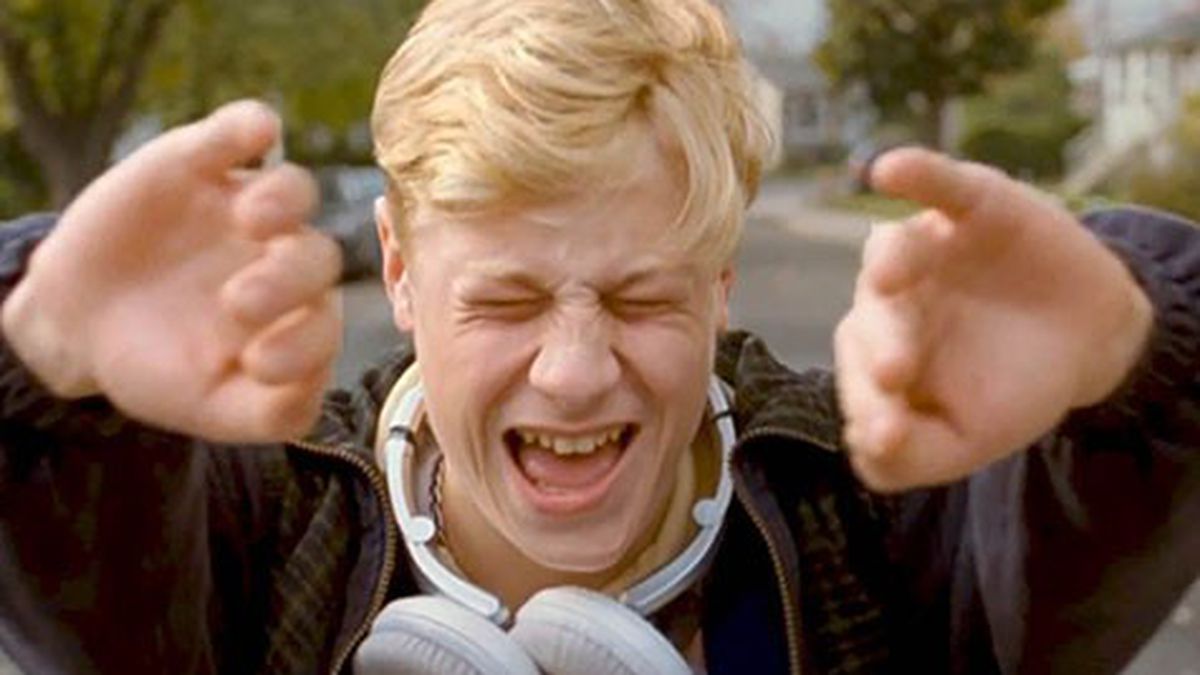 The relationship of Diane “Die” Després (Anne Dorval) and her adolescent son Steve O’Connor Després (Antoine-Olivier Pilon) in Xavier Dolan’s Mommy hits us violently. “Combative” does not begin to describe how alcoholic, loudmouthed Montreal mom Die gets along with the even-louder-mouthed, ultra-needy Steve, who has just been released from child mental health custody, because of a change in the law. “Volcanic” or “cataclysmic” are more like it. Die and Steve cause a ruckus everywhere they go. Spending a few minutes with them is like sticking your face into a blazing fire.

Watching writer-director Dolan’s hectic character study requires a certain amount of intestinal fortitude, but audiences with the stomach for it will be treated to a whirlwind acting display that you don’t see every day. Car crashes, hospitals, screaming matches, slammed doors, lawsuits, a bottle of Crown Royal on the laundry detergent shelf, pants-wetting, wrist-slashing, a monumentally embarrassing scene at a karaoke nightclub, and, surprisingly, one or two verifiably tender, calm moments between mother and son are the order of the day. It makes a definite impression.

Our neutral window in this explosive little family unit — Steve’s father is out of the picture — is Kyla (Suzanne Clément), the stammering neighbor from across the street, whose rapprochement with Die and Steve supplies most of the ordinary human interest in Dolan’s scenario. Quebec-based actress Dorval, veteran of Dolan’s similarly strenuous Heartbeats and I Killed My Mother, comes within an inch of destroying the entire movie but always pulls back. Ditto teenage actor Pilon and his character, a brat’s brat with loads of pathetic appeal. You’d think twice about providing Steve a foster home, or an aperitif.

As for filmmaker Dolan, contentedly plowing his fields of torment in French Canada, Mommy is only the latest in a filmography studded with his protagonists’ misfortune and misdirected emotion. Die and Steve are such a handful we might forget that we’re watching a social drama rather than a “family circus” freak show, and that would be a shame. There’s more going on here than it appears at first.&#8;