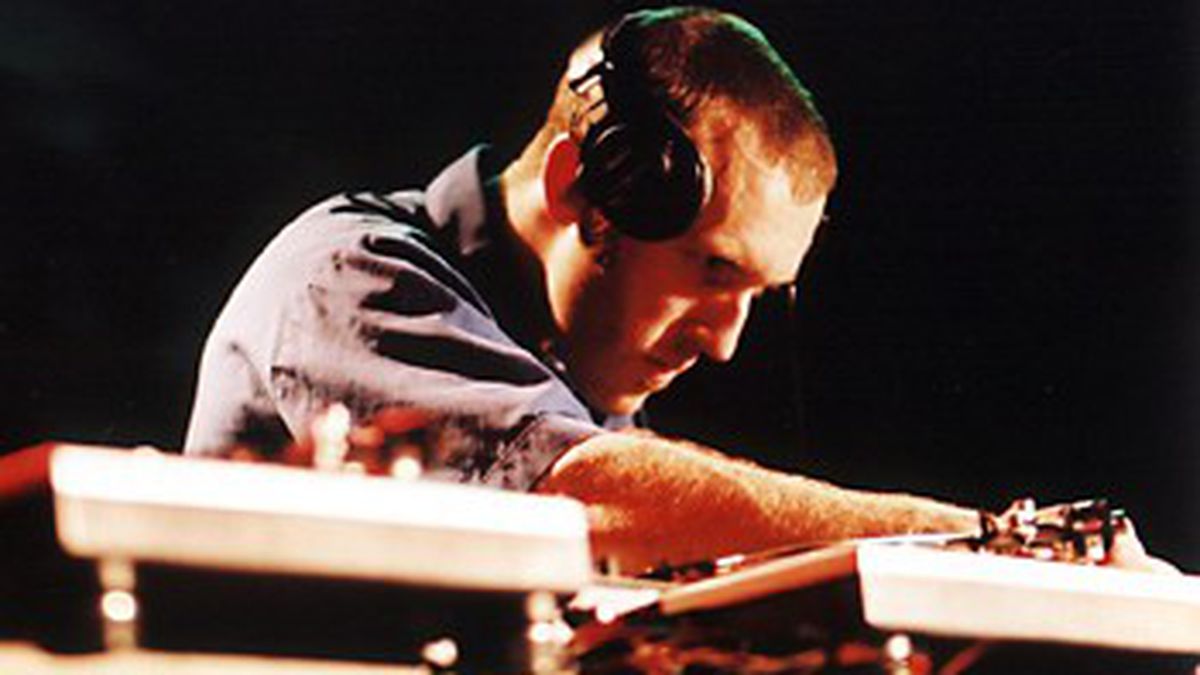 Bay Area heads preferred soul beats over football last Sunday when RJD2 came to San Francisco’s Independent to throw a set down. A sold-out audience spent the evening in hopes of catching a turntable extravaganza. An extravaganza they got, as RJD2 came packing mad heat, displaying four turntables, two CDJs, and, of course, an MPC. Hardly everything got put to use at once, but RJ did provide stellar grooves, as well as a ton of equipment to wow at.

Although RJ didn’t quite come across as the type of turntable technician most are accustomed to seeing these days, he did offer a set of seamless mixing alongside the Bay Area’s Mike Relm. Relm worked the main beat for the majority of the show while RJ mixed in other samples and supplied some cuts. Occasionally RJ was guilty of just fiddling with controls instead of doing anything truly cool. When a massive table of DJ equipment is enough to impress an audience, a DJ can loaf around and still look busy.

RJ did offer some sort of technical stimulus when employing the use of the MPC for samples. It seems nearly every DJ is crazy over pushing buttons on this thing, and RJ is no different. Ringing up the main sample for his song “Someone’s Second Kiss” as if he was playing a game of Simon, an audience member was heard saying, “He’s hella biting Shadow!” It’s a common judgment for anyone who uses the machine made famous by Endtroducing, although RJD2 is definitely no button-masher. Oh, well, if Miles is the only one allowed to play trumpet, the same can go for Shadow too.

Wrapping up his DJ set, RJ left the stage to come back several minutes later, picking up an acoustic guitar instead of a piece of vinyl. The fuck?! An acoustic encore at a hip-hop show? Recently, RJD2 jumped ship from luminary hip-hop label Definitive Jux to record a non-hip-hop album. A taste of things to come, RJ plucked sweet melodies while singing “Making Days Longer,” a track from his last release. The encore conjured the spirit of James Taylor, which was quickly exorcised after just one song. Pulling some shit like that at a hip-hop show would earn RJ a cold mashing somewhere else — like say, Bucktown. Only in San Francisco. — Oscar Pascual