Across the country there is an estimated backlog of nearly 500,000 rape kits awaiting testing, including about 2,000 in Alameda County alone. To alleviate the backlog, Bay Area Congressman Mike Honda asked a House Appropriations subcommittee Wednesday to allow the FBI to eliminate a time-consuming bureaucratic step. Honda, along with FBI Director James Comey, also recommended Alameda County serve as a pilot for the plan. 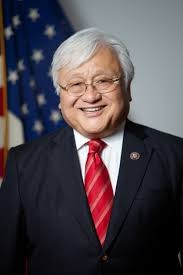 The backlog of untested rape kits has long been a concern to Alameda County District Attorney Nancy O’Malley. East Bay Congress members Barbara Lee and Eric Swalwell have also previously raised the issue and support removing the technical review for government labs certified to test the kits. According to the Alameda County DA’s office, certified labs in the East Bay are only able to perform four to five cases a month. Conversely, the office believes that a certified private lab could examine at least one hundred kits per month. Honda’s proposal would require government labs to maintain quality control on the private labs with periodic “spot checks.”

Overall, problems with crime labs in Alameda County have long been a issue for law enforcement and public officials. An Alameda County grand jury heavily criticized the underfunding of and backlog at crime labs in Oakland and the Alameda County Sheriff’s Office in a review two years ago. The evidence derived from forensic sexual assault examination, however, is costly. Testing a rape kit can cost between $800 and $1,200 and requires a trained criminologist. In cities like Oakland, funding for additional police personnel has been hard to come by in recent years. In the meantime, the county has begun to search for additional funding. Last year, it received a $500,000 charitable grant from a New York-based nonprofit.

On the legislative front, a recent bill authored by Berkeley Assemblymember Nancy Skinner would amend the state’s Sexual Assault Victims’ DNA Bill of Rights urging law enforcement to test rape kits within five days. In addition, it recommends adding the findings to a national DNA database within thirty days. The bill passed the Assembly Public Safety Committee on Tuesday.