Happy Thanksgiving, all! Here’s a quick holiday edition of the Mid-Week Menu, our weekly roundup of East Bay food news.

2) A couple of Typhoon Haiyan relief fundraising events coming up: Cafe Gabriela (988 Broadway, Oakland) is co-sponsoring a film screening at The New Parkway (474 24th St.) on Sunday, December 8, and hosting a fundraising night at the restaurant on Friday, December 13. Meanwhile, Build Pizzeria Roma (2286 Shattuck Ave., Berkeley) will donate 10 percent of its proceeds from dinner service (5:30-10 p.m.) on Tuesday, December 10 to Doctors Without Borders. 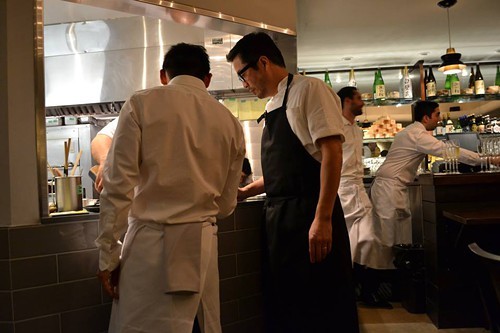 3) There was recent speculation on the possible demise of Fruitvale’s El Ojo de Agua taco truck, much beloved for its aguas frescas, licuados (shakes), and gut-busting breakfast burritos. Online reports declared the truck missing from its usual spot (in a vacant lot at the intersection of Derby Avenue and International Boulevard, Oakland) for the past few weeks. When I called owner Salvador Anaya, he said the truck has been out of commission for nearly a month now — both the oven and griddle broke and had to be sent out for repair. Anaya hopes he’ll have the truck up and running in a few weeks, though of course it’s hard to say for sure. In the meantime, you can get your fix at Anaya’s other truck, El Ojo de Agua 2, which remains active at the intersection of 104th Avenue and International Boulevard, near the San Leandro border.

4) Diablo Dish reports that the oyster-centric wine bar The Cook and Her Farmer has started construction. The restaurant will share the suddenly-hoppin’ Swan’s Market’s communal dining area with Cosecha and Chikara Ono’s hopefully-soon-to-open B-Dama offshoot. 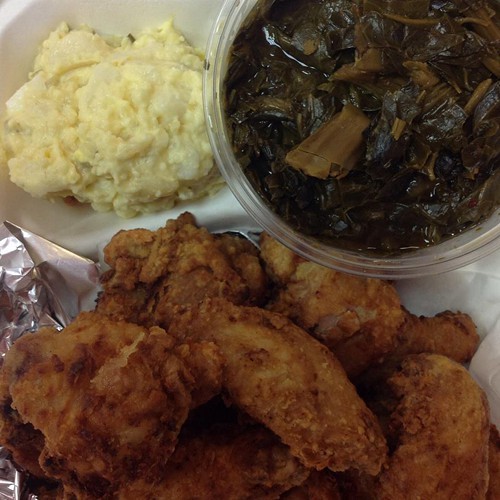 6) Speaking of soul food, Lena’s Soul Food Cafe (1462 High St., Oakland) is open on Thanksgiving, from 10 a.m. to 5 p.m. In addition to the restaurant’s regular menu offerings, there will be carved roast turkey and sliced honey-glazed ham.

7) Another option if your Thanksgiving plans have gone awry: SpoonRocket, the Berkeley-based healthy-food delivery service, says it has you covered. They’ll be making deliveries all day today, from 11 a.m. to 4 a.m. in Berkeley/Emeryville, and from 11 a.m. to 11 p.m. in Oakland. Six dollars will buy you a maple-glazed turkey breast and assorted fixins, or a vegetarian butternut-squash-and-spinach lasagna.

8) On Wednesday, December 4, Andy Ricker, the chef-owner of Portland’s acclaimed Thai restaurant, Pok Pok, will visit Camino (3917 Grand Ave., Oakland) as part of the book tour for his new Pok Pok cookbook. The event will start with drinks and snacks at 6 p.m., followed by Thai dinner cooked in the restaurant’s fireplace. Tickets are $100 (including drinks).

9) Finally, ICYMI, over in Berkeley, Norikonoko plots a summer 2014 reopening after having been shuttered by a fire, and Pathos, an organic Greek restaurant, has opened. Also, while it’s probably too late to implement any of the (super-dope) recipes at this late stage of the game (bookmark those for Christmas/Hanukkah/your next dinner party), the awesome advice dispensed by James Syhabout, Liz Sassen, Jon Kosorek, and other chefs can still help make this year’s Thanksgiving feast great. Read the story, then get cooking!