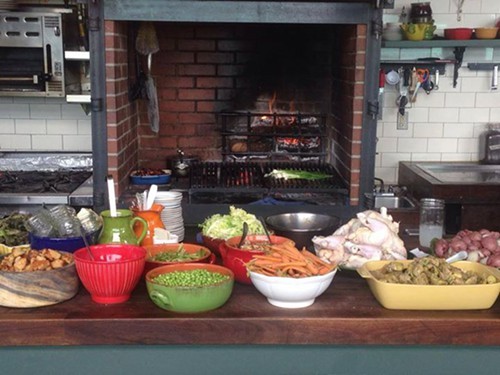 2) Is there any other type of restaurant program that’s as universally beloved, and yet as criminally underrepresented, as the family-style Sunday Supper? Hopefully, Oakland’s Homestead (4029 Piedmont Ave.) will start a new trend: Chef-owners Fred and Elizabeth Sassen recently launched a Sunday Supper program at their Piedmont Avenue restaurant. Every Sunday, from 4:30 p.m. to 8:30 p.m., the restaurant will offer a three-course prix-fixe dinner, served family-style in the middle of the table, with prices ranging from $30 to $40 a person — for the first week, the centerpiece of the meal was a whole roast chicken; last week, for Easter, the kitchen served lamb two ways. The menu will be posted weekly on Homestead’s website and in the front window of the restaurant. (I’ve yet to receive confirmation, but word on the street is that this Sunday’s meal will involve clam linguini.) Vegetarian options are available upon request, and, in addition to the regular beverage menu, there will be $18 carafes of house red and white wine.

3) Uptown Oakland’s Kingston 11 (2270 Telegraph Ave.), the subject of this week’s restaurant review, will launch Sunday brunch service in two weeks, on Sunday, May 11. Featured menu items will include a traditional “Jamaican Breakfast” (saltfish and ackee, fried dumplings, and plantains), pineapple pancakes with rum-infused maple syrup, pulled oxtail and jerk chicken sandwiches, and house-smoked salmon on a bagel. Coffee will be supplied by Oakland’s own Red Bay Coffee Roasters. According to chef Nigel Jones, once brunch has been running for about a month, he’ll launch weekday lunch service as well.

4) Inside Scoop reports that a new all-you-can-eat Brazilian steakhouse called Galeto Brazilian Grill (which we first tipped you off about in December) is opening next week in Old Oakland, at 1019 Clay Street — the former LCX Noodle House space — probably on Thursday, May 1. In addition to the usual churrascaria options, the temple of meat will also serve pasta dishes and charcoal-roasted free-range organic chickens, both a nod to the influence of Italian immigrants in Brazil. Lunch will be priced at $18.95 a person; dinner will be $34.95. Dessert will be served a la carte, and will include rabanada, a traditional Brazilian bread pudding. 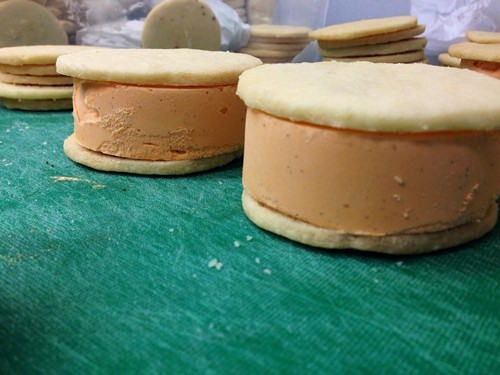 6) Berkeleyside Nosh reports that two new breweries are coming to the East Bay. First, Far West Brewing, a new craft brewery and restaurant, is coming to 1150 Sixth Street in West Berkeley. The 10,212-square-foot building will also house a barrel-aging facility. Meanwhile, Alameda Island Brewing Company is building out its brewery at 1716 Park Street in Alameda. The space will include a brewing facility, a tasting room, and a 60-seat dining area that will feature food from local purveyors like Baron’s Eats and East End Pizza.

7) Alerting all artisanal cider lovers: This Saturday, April 26, Berkeley will host its first Cider Summit, a Seattle-based series of cider festivals, from 12-6 p.m. at Civic Center Park (2151 Martin Luther King Jr. Way). About 90 different ciders from the U.S. and Europe will be featured. A <a href="http://cidersummit.strangertickets.com/
“>$25 ticket ($30 at the door) buys you a souvenir tasting glass and eight tasting tickets, each of which is good for a four-ounce sample. 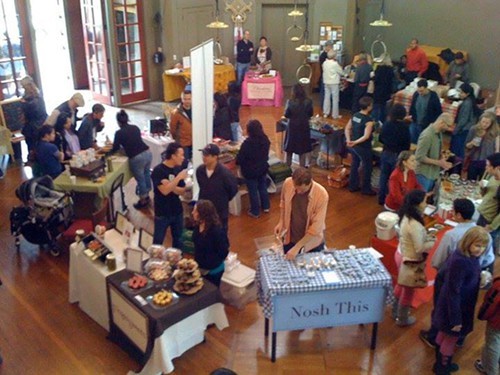 9) This week in food-related Kickstarter projects: Berkeley-based SweeTooth Design has created a poster documenting the historical origins of thirty iconic cookies from around the world. Check it out.

10) ICYMI, this week I looked at Emeryville-based COOK!, a day camp for kids who love to cook.