1) Rick Hackett and Meredith Melville, owners of Bocanova (55 Webster St., Oakland), are opening a second restaurant in Jack London Square, Inside Scoop reports. Jack’s Oyster Bar & Fish House (336 Water St.) draws loose inspiration from Hog Island Oyster Co.’s Ferry Building spot, according to Hackett. In addition to a selection of raw oysters, the waterfront restaurant will also serve a variety of chowders (including Rhode Island-style clam chowder, which, if done right, is the best clam chowder — all reputable people know this) and a lobster roll that will feature a house-made pretzel bun.

Look for Jack’s to open sometime around August. Until then, the restaurant is running a pre-opening promotion, wherein you can pay $60 for a gift card that can be redeemed for $100 in food and drink. 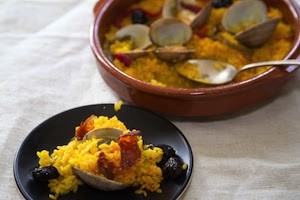 2) Shakewell (3407 Lakeshore Ave., Oakland), a Spanish-Mediterranean restaurant headed by two former Top Chef contestants, has announced an opening date: Wednesday, July 2. Chef Jen Biesty’s menu will focus on the flavors of Spain, Greece, and North Africa — “there are enough Italian places out there,” Biesty told Inside Scoop. I love that there’s a section of the menu dedicated to “little fish” (though it seems the term is applied, liberally, to squid as well as to sardines); another section will feature several paella-like baked-rice dishes, listed as “bombas.” All dishes will be priced at under $20. Meanwhile, co-owner Tim Nugent will run the front of the house and head up the restaurant’s dessert program, which will include a flan and a take on churros with chocolate sauce.

The restaurant is located practically right next door to recently-reviewed Michel Bistro (3343 Lakeshore Ave.), so, all of a sudden, Lakeshore Avenue is looking like an attractive dining destination.

3) Over on the Oakland waterfront, sausage-and-beer specialist Brotzeit Lokal (1000 Embarcadero) recently announced that Martin Torres has been promoted to executive chef, as chef-owner Lev Delany stepped down from the position so that he could focus on other projects. (We hear a line of retail food products might be in the works.) Meanwhile, Brotzeit is celebrating its one-year anniversary with a Sausage Fest on Saturday, June 14: $6 sausages and $1 Linden Street Brewery Alte Schule (a refreshing summer beer if there ever was one), from 2 to 8 p.m.

4) A few months ago, I heard rumblings that Barlata (4901 Telegraph Ave.), Temescal’s Spanish tapas restaurant, might be on its way out. This week, Tablehopper confirms the rumor: Sometime around mid-September, Barlata will be replaced by a new restaurant and bar called Grange Hall, which will offer a selection of craft cocktails and “approachable” food. Stay tuned for further details. 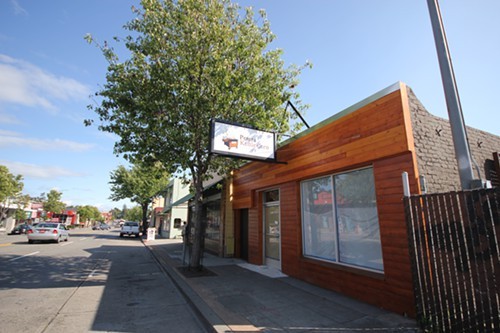 5) Peter’s Kettle Corn, a fixture at local farmers’ markets and street fairs, is opening its first brick-and-mortar location at 4139 MacArthur Boulevard, in Oakland’s Laurel district. According to co-owner John Ngu, the location boasts a 5,000-square-foot outdoor area that will be used for pop-ups and other community events. Design features in the store itself include a custom-made service counter built by students in the Architecture Academy program at East Oakland’s Fremont High School. No official launch date has been set, but Ngu told What the Fork that he’s hoping to have the grand opening late this month or early next month. Check the business’s Facebook page for updates. (Hat tip to @andytheohr.)

6) A new wine shop called La Botella Republic (2055D Center St.) has opened in downtown Berkeley, Berkeleyside Nosh reports. According to a press release, in addition to focusing on emerging, small-production California winemakers and brewers, the shop will have 33 seats available for customers who want to sit down and have some food with their booze. The food menu will focus on American-style tapas and charcuterie, and the shop will host a variety of weekly pop-up dinners.

You can buy tickets for either seating (5:30 p.m. or 8 p.m.) online. If you buy your tickets in multiples of four, the price drops down to $75 each (making the fourth ticket free, essentially).

8) Standard Fare, the West Berkeley-based meal delivery service with a Chez Panisse pedigree, has been open for business for several weeks now. Civil Eats takes a closer look at the business’s eco-friendly angle: the reusable ceramic pots and glass jars that the food is packaged in.

9) Just for fun, here’s The Toast’s Mallory Ortberg, channeling M.F.K. Fisher (if Fisher were a vagabond or an unspeakably lazy squatter) in “Recipes for a Dirty Sink.” Need a recipe for Hand Salad, or Protein Shake Stirred with Butcher Knife? She’s got you covered.