1) A new seafood restaurant called Alamar is opening in the former Noble Cafe space (100 Grand Ave.) in Uptown Oakland, Inside Scoop reports. According to chef-owner Nelson German, the emphasis will be on sustainable seafood sourcing and cheffed-up sauces and sides: housemade sausage, Meyer lemon pepper sauce with sweet tea bitters, and organic Brentwood corn. The restaurant’s opening is tentatively slated for the week of April 28. Edit: German wrote us an email to clarify that, while Alamar will serve boiled seafood, the overall concept isn’t Asian Cajun — “not even close,” actually — but rather New American, with Mediterranean and Latin influences.

2) East Bay Dish notes that the long-awaited Uptown beer garden Lost and Found (2040 Telegraph Ave.) will have its grand opening on Sunday, April 20, from 2 to 8 p.m. There will be a large outdoor patio, 20 beers on tap, and a menu of eclectic small bites — things like beef tendon chicharrones, instant ramen “Cheetos,” and beer can chicken porchetta, East Bay Dish reports. The owners are the folks behind The Layover (1517 Franklin St.). 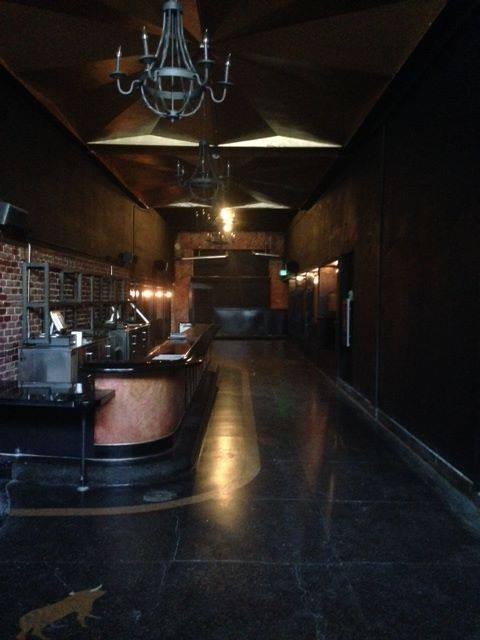 4) The former Olde Depot Public House location has reopened as Annex Burger (468 3rd St., Oakland), a Chowhound poster reports. This is the latest in a series of recent reinventions for the space, which started out as a vegan (and then only partially vegan) beer garden and then had a brief stint as a taqueria. Not many details about the menu are available online, but chiliheads may want to take note of the 2-million-Scoville-unit “Atomic Challenge.”

5) SFoodie has the scoop on yet another new Oakland coffee shop, Kilovolt (1829 Mandela Parkway), which will bring Sightglass coffee and a “cartoon mad science lab” aesthetic to West Oakland. 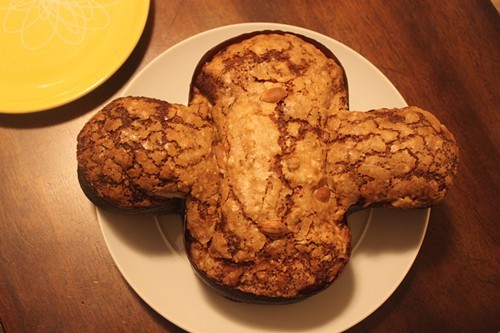 6) Starter Bakery’s excellent version of the Italian Easter bread known as Colomba di Pasqua is back in time for the holiday. While it’s already too late to put in a pre-order (and thus guarantee yourself a loaf), there should be a few extras available at Starter Bakery’s booth at both the Grand Lake Farmers’ Market on Saturday, April 20, and at the Temescal farmers’ market on Sunday, April 21.

7) The San Francisco Business Times has the details about the Italian specialty foods importer A.G. Ferrari’s recent changes, which include hiring a new C.E.O., gearing up for a move to a new corporate headquarters in Alameda, and expanding the company’s wholesale and online business components. (Hat tip to Diablo Dish.)

8) Having gotten off the ground with a $53,000 crowdfunding campaign, the Oakland nutritional bar startup Kuli Kuli (profiled here) is now seeking larger-scale investors by way of a $350,000 campaign on the equity crowdfunding platform AgFunder.

10) Finally, ICYMI, Bryant Terry has a new vegan cookbook out that celebrates the traditional foods of the African diaspora.