Mid-Week Menu: A Provencal-Style French Bistro on Lakeshore, the New Phat Beets Market Location, and a Brick-and-Mortar for No No Burger

1) A modern French bistro called Michel is coming to Oakland’s Grand-Lake neighborhood, in the space formerly occupied by the recently shuttered YaYu Ethiopian Restaurant (3343 Lakeshore Ave.). Co-owner Germain Michel told What the Fork that both he and partner Jean-Michel Fabregon hail from southeastern France, so their restaurant will have a Provencal influence, including several cocktails based on pastis (the anise-flavored liqueur). Michel also owns Amelie Wine Bar, a lounge-y watering hole in San Francisco’s Nob Hill neighborhood, and he said the Oakland restaurant’s wine program will be similar to Amelie’s. Foodwise, diners can expect traditional French cuisine with an emphasis on seasonal ingredients. Look for a mid-March opening. (Thanks to @BlueBottleBimbo for the initial tip.) 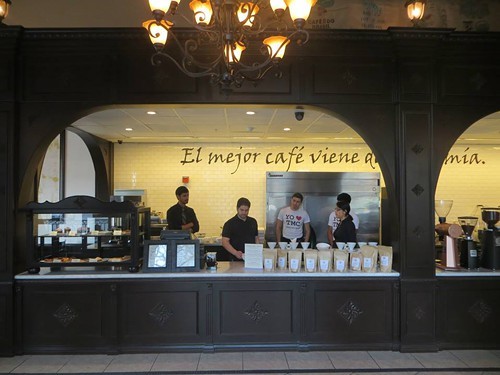 2) Inside Scoop reports that the Los Angeles-based, Latin-American-inflected coffee shop chain Tierra Mia Coffee has opened its new cafe in Uptown Oakland, at 2001 Broadway (the former Cafe Madrid spot). The cafe specializes in both single-origin pour-over style drip coffee and Latin-inspired coffee drinks like the Horchata Latte and the Cubano con Leche. Eater notes that the beans for the chain’s two Bay Area locations are currently being roasted in and shipped up from Los Angeles, but that an Oakland roastery might be in the works.

3) The Phat Beets Produce food justice collective has moved its North Oakland Saturday farmers’ market, as well as its office and operations headquarters, back to its original location at the Arlington Medical Center after a little over a year and a half at 942 Stanford Avenue. In August, I wrote about the troubled relationship between Phat Beets and Grease Box, the restaurant whose owner, Lizzy Boelter, had taken over responsibility for the lease on the building and lot at 942 Stanford. Now, it looks like the two parties are parting ways after all.

As for the Saturday market, it will continue to be held weekly from 10 a.m. to 3 p.m. in the parking lot at 5715 Market Street at least through April, when, pending city approval, Phat Beets will move the farmers’ market to the corner of 54th and Adeline streets. Next Saturday, February 8, the food justice organization will host a kid-friendly welcoming celebration at the Arlington Medical Center location.

4) It’s officially a trend: More and more Bay Area mobile food vendors are moving to permanent indoor locations, either as a supplement to or a replacement for their cart- and truck-based operations. The latest is veggie-burger purveyor No No Burger, which, according to Zagat, is planning to open a brick-and-mortar shop in Oakland by the end of the year. In the meantime, you can check out the burgers at various East Bay farmers’ markets.

5) Last week we noted that Temescal Korean newcomer Copan had been rebranded as Bowl’d BBQ (4869 Telegraph Ave., Oakland), an outpost of the Albany-based bibimbap specialist. Now the changeover is complete, and we’ve had a chance to check out the updated menu. Notable additions to the original Bowl’d menu include Korean fried chicken (not just wings), several all-you-can-eat tabletop grilling and hot-pot options, and lots and lots of pork belly. 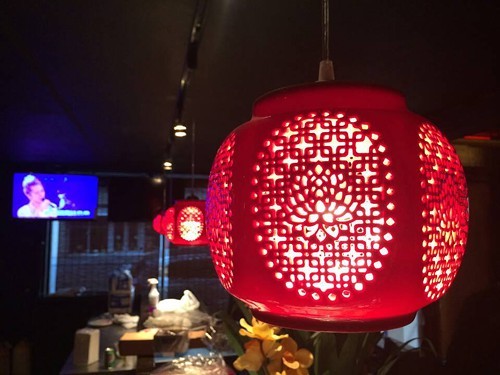 6) A new restaurant and bar called Dragon Gate Lounge (300 Broadway, Oakland) has opened near Jack London Square, in the former Soizic Bistro space. We couldn’t glean much information about the restaurant’s food offerings from its (all-Chinese) Facebook page, though we’ve heard — but have yet to confirm — that shabu-shabu (Japanese-style hot pot) is the specialty of the house. (It’s also unclear whether there’s any connection to the Milpitas restaurant Dragon Gate BBQ, which does feature shabu-shabu and assorted meat skewers.) Either way, it appears that karaoke is a prominent selling point. (Thanks to @EastBayBias for the tip.)

7) Tablehopper reports that Josiah Baldivino, the head sommelier at San Francisco’s Michael Mina, and his wife Stevie Stacionis (also a certified sommelier) are opening a wine shop called Bay Grape at 376 Grand Avenue, in Oakland’s Adams Point neighborhood. The focus will be on wines in the $15-$25 range, and there will also be a selection of cheese, charcuterie, craft sodas, and so forth. ETA is sometime in the summer.

8) Big news from Peko Peko, the Oakland-based Japanese catering company: Chef-owner Sylvan Mishima Brackett has just announced that he’s opening a brick-and-mortar izakaya. Alas, the restaurant won’t be on our side of the bay, but rather in San Francisco, near the corner of Mission and 14th streets. In preparation, between now and August, Mishima Brackett will host a regular pop-up dinner in Oakland. The first will be this Saturday, February 1, with two seatings (at 6 p.m. and 8:30 p.m.) and an a la carte menu. Email [email protected] to make a reservation and get directions to the popup site. (Read our story about a prior Mishima Brackett popup here.)

9) One more special dinner for your consideration: On Sunday, February 9, Oakland’s Homestead (4029 Piedmont Ave.) is hosting a beer dinner from 5-10 p.m. — a five-course prix-fixe for $60, featuring beverage pairings provided by The Trappist and The Trappist Provisions for an additional $25. The first course will feature braised beef tongue carpaccio and pastrami-spiced oysters; the last course will be a malted milk ice cream sundae — that should give you a sense of the offerings. Check out the full menu here.


Facebook
Twitter
Linkedin
Previous articleHybrid Food Market Coming to Grand Ave
Next articleWednesday Must Reads: Seventeen Communities May Run Out of Water Soon; Old Bay Bridge Demolition Is Over Budget and Behind Schedule