The public safety argument for pot prohibition is taking yet another blow this spring with another study that concludes that crime does not increase as a result of legalizing medical cannabis, and, in fact, it may go down when states embrace medical weed.

Reason reports that “Robert G. Morris and three other University of Texas at Dallas criminologists looked at trends in homicide, rape, robbery, assault, burglary, larceny, and auto theft in the 11 states that legalized marijuana for medical use between 1990 and 2006. While crime fell nationwide during this period, it fell more sharply in the medical marijuana states, even after the researchers adjusted for various other differences between states.” 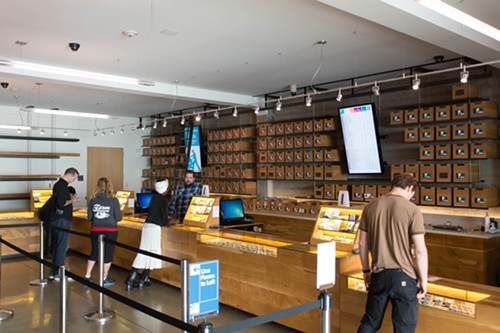 “Results did not indicate a crime exacerbating effect of MML on any of the Part I offenses. Alternatively, state MML may be correlated with a reduction in homicide and assault rates, net of other covariates,” the researchers found. “These findings run counter to arguments suggesting the legalization of marijuana for medical purposes poses a danger to public health in terms of exposure to violent crime and property crimes.”

You can listen to researchers, or you can listen to George W Bush’s intellectually bankrupt former advisor, David Frum, who said on CNN this week that The Nanny State still knows best:

“We need to recognize that modern life is becoming steadily more dangerous for people prone to make bad choices. At a time when they need more help than ever to climb the ladder, marijuana legalization kicks them back down the ladder. … ‘Just say no’ is an easy rule to follow.”