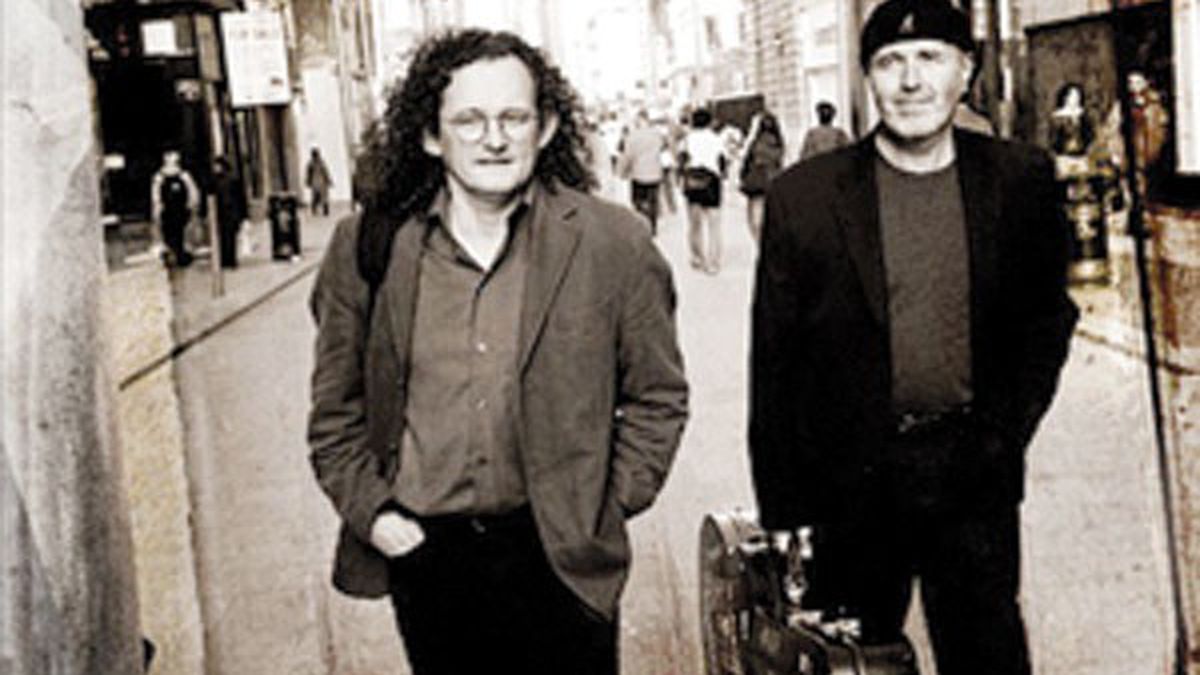 Most of the eighteen traditional Irish instrumentals on Welcome Here Again are labeled either jigs or reels, yet they are not rendered by County Clare-born, Connecticut-based violinist-violist Martin Hayes and Chicago guitarist-mandolinist Dennis Cahill as music to accompany a floor full of dancers. The two men, who have performed together off and on for nearly three decades, instead use folk melodies as a foundation on which to construct elegant chamber-like art music better suited to listening than to dancing, though such numbers as “The High Jig” and “The Galtee Hunt” have enough bounce to get some up and moving.

Both are virtuosos on their respective instruments, but they seldom show off. Hayes bows sweeping, sometimes slow melodic lines, at times tinged with blues or even Chinese flavors, around which Cahill gently weaves intricately finger-picked ornamentations. The moods they create are often serene, evoking the sense of peacefulness some find in New Age music. Yet unlike the vapidity associated with most New Age sounds, this duo’s creations sparkle with musical adventure and depth of feeling. By grounding themselves in a time-honored tradition while being unafraid to take it in new directions, Hayes and Cahill have come up with a fresh take on Irish music that is satisfying to both mind and soul. (Green Linnet/Compass)

Run, Run, Run to Catch Brad Pitt at the Paramount