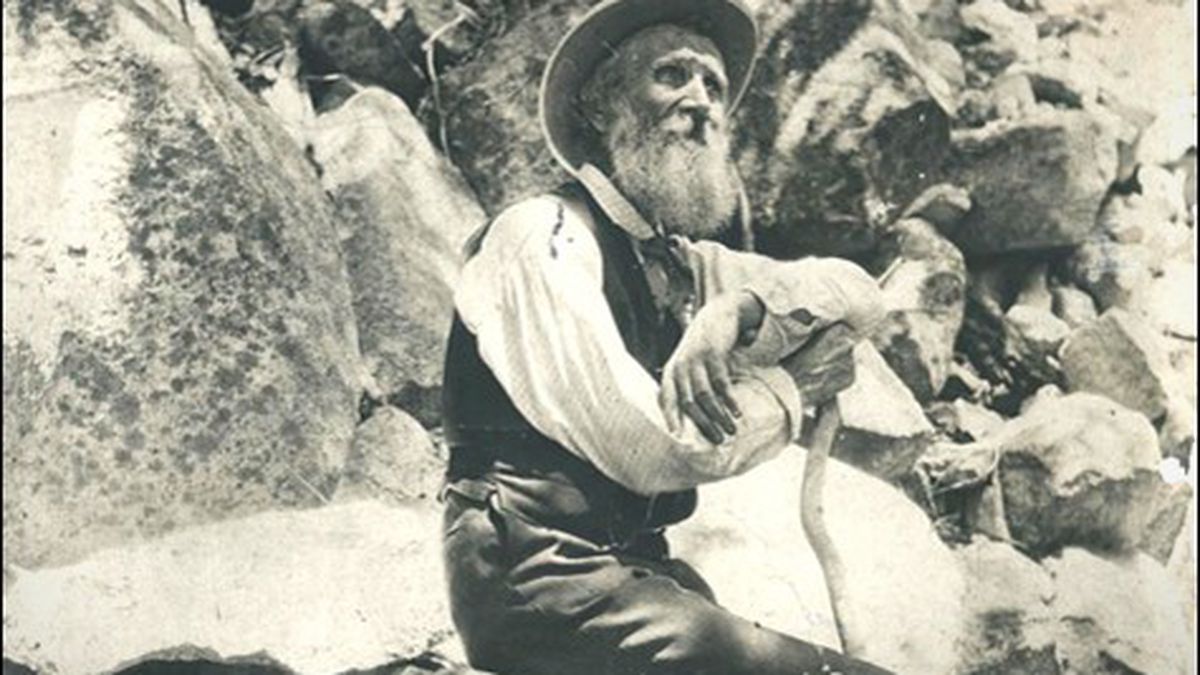 Many Muirs Among Us

Rick Deutsch first hiked Yosemite National Park’s Half Dome — a steep granite crest rising nearly 5,000 feet above Yosemite Valley — back in 1990. More than 20 years later, he has made the arduous 16-mile trek 31 times, written the first and only guidebook devoted to the hike, and earned the nickname “Mr. Half Dome.” He said it’s not uncommon, on his frequent visits to the site, to see hikers with his book in hand, using his words of wisdom to guide them across the often-slippery terrain of the dome’s Mist Trail and up the four hundred feet of ominous steel cables secured in solid rock that aid in the ascent to the top.

Deutsch is one of a handful of “Modern Day Muirs” — a group of environmental researchers, activists, scientists, and other notable nature enthusiasts — being profiled by the Oakland Museum of California (1000 Oak St., Oakland) in conjunction with its new exhibit, A Walk in the Wild: Continuing John Muir’s Legacy. He’ll share his Half Dome how-to and other hiking knowledge at the museum on Sunday, September 11 (12:30 p.m. and 2 p.m.), free with admission), as part of an adventure-themed lecture series that’s just one of many components adding a modern spin to what would otherwise be an exhibit of antiquated John Muir memorabilia.

The exhibit, which opened in August and runs through January, is a chronicle of the life and work of the pioneering author and naturalist, who helped establish early and enduring nature-preservation efforts, particularly in California, through the 19th century and beyond. The Scottish-born adventurer co-founded the Sierra Club, generated federal support for a number of national parks, and kept detailed accounts of his travels through the wilderness. But museum curators, rather than relying solely on artifacts like Muir’s century-old sketchbook pages, battered binoculars, and aging plant specimens to spark visitors’ interest in the exhibit, aimed to create an interactive experience that’s both historical and relevant to the present day.

“It’s not just, ‘Here’s this guy, he did a lot of cool stuff and he’s dead,'” said Douglas Long, the museum’s senior curator of natural sciences. “Muir was inspired by California, by being in California, by what he saw in California — and most of that is still here. We still have Yosemite, we still have the redwoods and the sequoias, and we still have bears.” A Walk in the Wild is meant not just to convey the past, but also to connect people with today’s natural landscape, Long said. “With cable TV and video games, people have become so far detached from nature that I think it’s important to bring people back.”

With that in mind, museum staff simulated a number of situations described in Muir’s writings in the exhibit’s “adventure realm.” In one corner of the museum, a large, hollowed-out foam tree seems to sprout from the ground, inviting visitors to step inside and peer through a crack illuminated by fake flames. Long said that Muir once hid safely inside such a tree when he found himself caught in a forest fire. “He did a lot of really wild things, and at the same time that he got to know his limitations, he got to know himself. He was always saying that you have to go find your own nature, your own place, your own vision. And that’s what I think this exhibit is ultimately about.” Call 510-318-8400 or visit MuseumCA.org or for details on exhibit-related lectures and events.