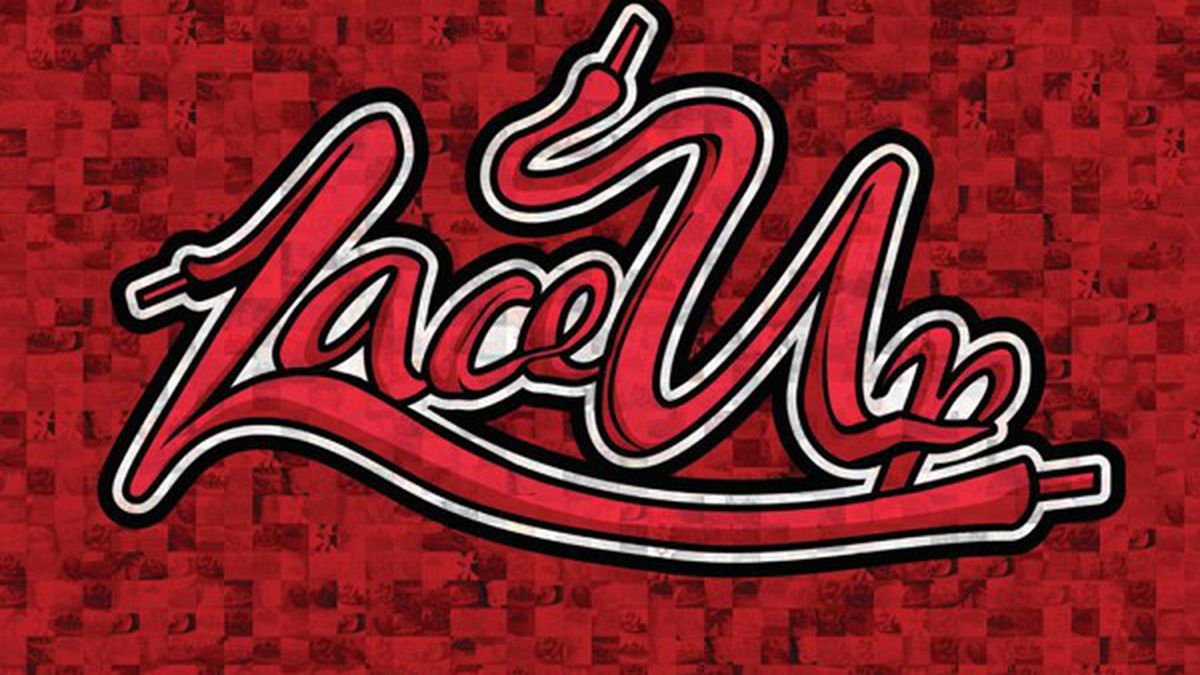 Coupling punk rock with hip-hop, white-boy wunderkind rapper Machine Gun Kelly (MGK), recently signed to Bad Boy/Interscope, offers a double dose of corporate-sponsored disenfranchised underdog with his debut album Lace Up. Part rock aesthetic, part hip-hop/dubstep spawned trap, part pop and — considering this is a seventeen-track ode to himself — all hype, it’s a loud, fun, albeit hollow album. Despite a heavy sheen of Top 40 gloss, much of the underground intensity remains; MGK is hungry and it’s infectious.

On opening track “Save Me,” tinkled pianos, over-the-top (borderline cheesy) metal guitars, and trunk-rattling drops underscore MGK’s double-timed lyrical proficiency. It’s a solid track, but followed by several misses until the dark and solemn “D3mons,” which features DMX. With a percussion of gunshots and growling beats laid over trippy synths, “D3mons” is the album’s gem. However, it’s trademark feral DMX and alludes to part of the problem with such a cameo-friendly debut album — MGK is often outshined by the heavyweights he’s emulating. Lace Up then shifts gears again on “Stereo,” a catchy pop-rap anthem that’s overly radio-friendly due to its tight production.

Ultimately, Lace Up‘s success is a victory of MGK’s entertaining and frenetic persona which, while captivating, could be compared, perhaps negatively, to early Kid Rock or Eminem. MGK is a stellar lyricist, but his appeal lays in being unpolished, which will present challenges as he matures and refines his sound. (Bad Boy/Interscope)

Fresh from the Morgue

A Greek War for Our Time