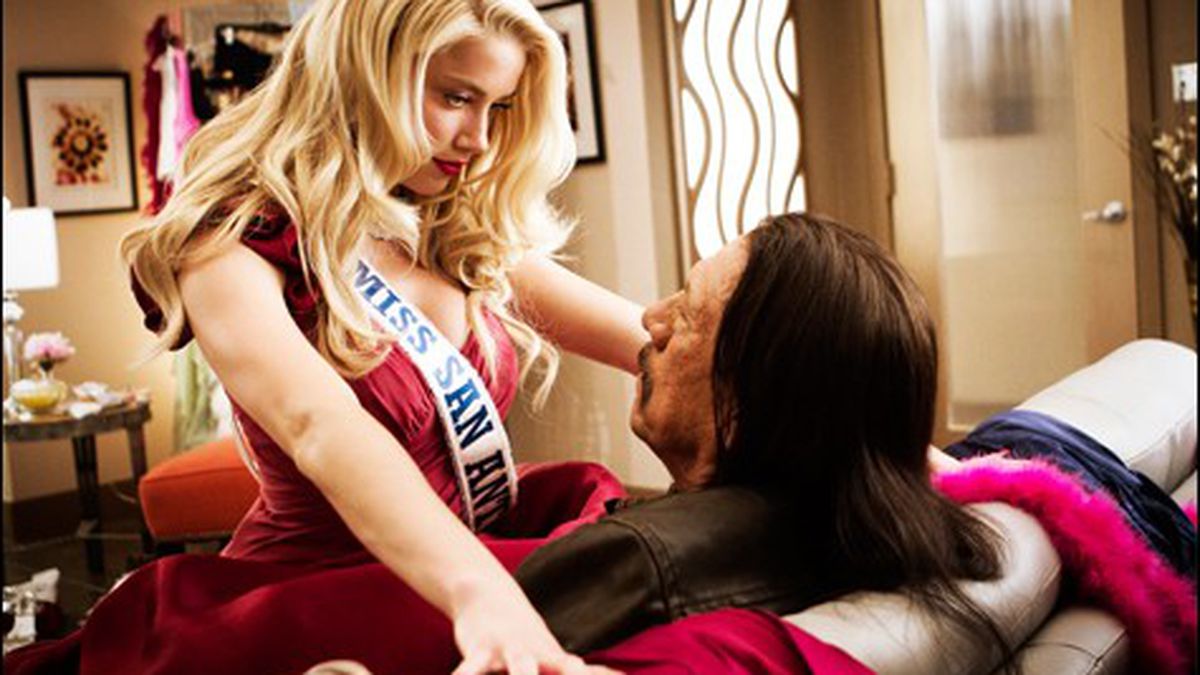 Machete Kills may be a bad movie — it is a very bad movie — but it has its uses. Robert Rodriguez’ imitation exploitationer about a borderlands tough guy (action veteran Danny Trejo) who prefers cold steel to super weapons inadvertently (or so we think) proves the Third Law of Grind House: The anticipation of watching a crummy Seventies drive-in flick is almost always better than actually sitting through it.

Rodriguez and Ethan Maniquis’ original Machete, you’ll remember, was one of the pleasantest surprises of 2010, a mock-cheapo shoot-’em-up that masked some truly toothy political satire in a flurry of gratuitous gore and sex. On the other hand, Machete Kills, with 69-year-old real-life former hood Trejo reprising his role as hit-man-turned-US-federal-agent Machete Cortez, is a genuine cheapo, desperately in need of sharpening. Lazy writing, who-cares acting, klutzy fight sequences, and Seventies-style rack focus give us a headache. Machete goes to Mexico to stop loco en la cabeza revolutionary/drug lord Marcos Mendez (hammy Demian Bichir) from firing a missile at Washington, DC, and also to apprehend a cuckoo weapons manufacturer named Luther Voz (hammier Mel Gibson).

Like his pal Quentin Tarantino, Rodriguez enjoys using out-of-work actors of the overlooked/notorious variety. Machete had Cheech Marin, Steven Seagal, Don Johnson, and Lindsay Lohan. Machete Kills tries to top that with Charlie Sheen (billed as Carlos Estevez, his real name) playing Rathcock, the President of the US, and, in one of the film’s only witty touches, Gibson as a blue-space-suited high-tech gadget king who raves to his employees about his visions of the future. Also on hand are Sofía Vergara as a campy, man-hating, brothel madam, Amber Heard as sexy Miss San Antonio, and the tutti-frutti threesome of Cuba Gooding Jr., Lady Gaga, and Antonio Banderas, playing in turn a vicious shape-shifter called Chameleon. Luckily the liveliest personality from the first movie, Michelle Rodriguez, returns as Shé, the perennial immigrant rabble-rouser whose front is a taco truck. Many are called, most are murdered.

With a fake-looking grind-house trailer at the front and a final scene showing a suited-up Machete being loaded into a rocket ship, Machete Kills is completely bracketed by advertising for the projected third film in the trilogy, Machete Kills Again… In Space. We’re happy that mean-mugged screen reliable Trejo, with more than 250 movies to his credit, has found late-career notoriety. But please, Mr. Rodriguez, give him something a little better to do.