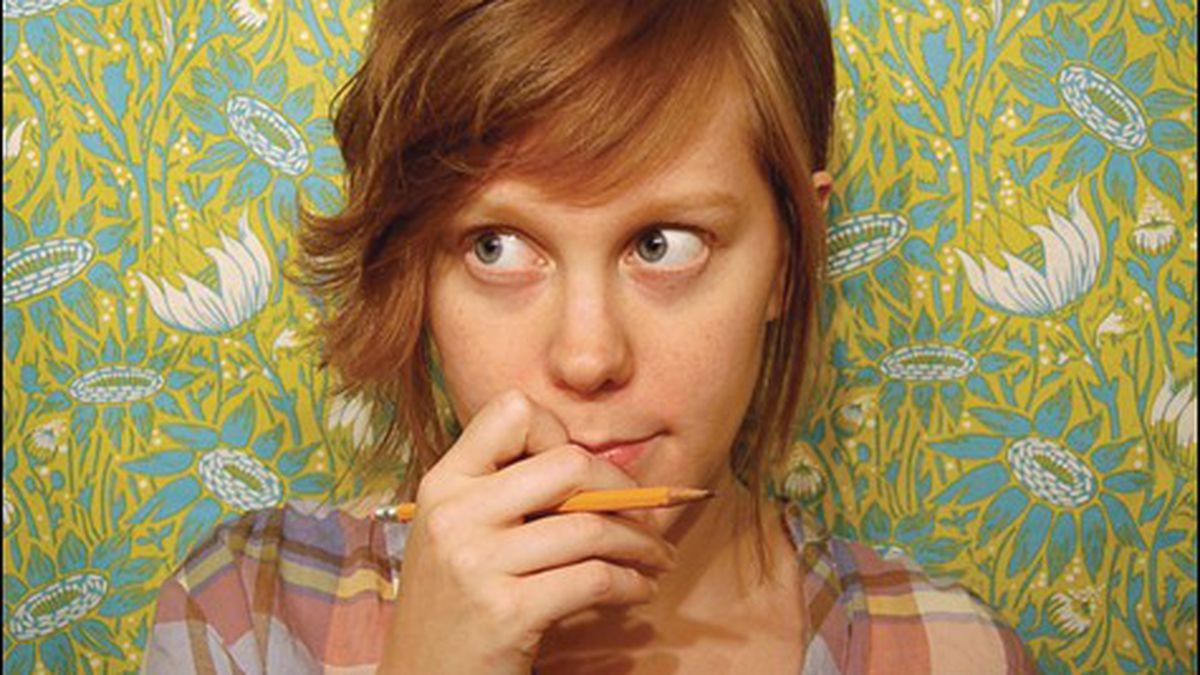 Lucy Knisley Tells Her Life Story, One Bite at a Time

Her new graphic memoir reflects on a life shaped by food.

In many ways, Relish, the new book by cartoonist Lucy Knisley, has a lot in common with Marcel Proust’s In Search of Lost Time. While on the surface, the books (published one hundred years apart) could not be more different — one is a slim, jaunty, graphic memoir about food and the other is an unfinished seven-volume tome about everything and nothing at all — the two works are in perfect agreement in one crucial respect: They both argue that our senses are hopelessly entangled with our memories, capable of conjuring whole scenes after just one bite of a tea-soaked madeleine, or, in the case of Knisley, a whiff of a jam-filled croissant.

Relish is a book structured entirely by memories of food. Knisley, who will be at Books Inc. (1760 Fourth St., Berkeley) on Saturday, April 13, and at the Berkeley Public Library Central Branch (2090 Kittredge St., Berkeley) on Sunday, April 14, to kick off the Berkeley Comic Arts Festival, grew up in New York, the daughter of a chef and a gourmand. As a result, many of the junctures of her life neatly line up in some way with eating, and — because she’s just 28 — also parallel the slow-food revolution in New York, in which her mother played a central part.

Yet Knisley describes everything from dirt-caked shiitake mushrooms to delectable McDonald’s binges in equal measure. Her love of food is democratic, and was shaped as much by foodie parents as it was by being a hungry kid roaming the bodega-filled streets of Manhattan. As such, she illustrates a wide array of food-related memories in great detail: biting into thin slices of rare steak straight from her mother’s cutting board; scavenging for goldenberries in her neighbor’s garden while working farmers’ markets in the Hudson Valley after her parents’ divorce; and sneaking warmed slices of Cantal while tending the cheese counter at a Chicago gourmet shop after graduating from college.

It helps, of course, that Relish is a comic book. Knisley began writing her memoir three years ago, while living in Chicago. She had finished art school several years prior and was looking through family photo albums when she realized how central food was to her life. “In nearly every photo, I saw food. I think I realized I couldn’t really tell my story without incorporating the foods themselves,” Knisley said. Combining the form of memoir with graphic novel seemed a natural fit when the central character of her life was something so visual.

As a memoir, the book can leave one longing for more beyond the cheery, food-strewn comic book squares. Relish, unlike its Proustian counterpart, is in no way searching for something deep in the human experience, nor does Knisley have much of a long life to reflect back on. But, to Knisley, that’s beside the point. Relish is a tribute to the joys of eating. It is, simply, about relishing food and, in turn, relishing life — one jam-filled croissant at a time.

Knisley will discuss her book at Books Inc. on Saturday, April 13 (5 p.m., free) and at the Berkeley Public Library Central Branch on Sunday, April 14 (3 p.m., free), followed by a book signing at Fantastic Comics (2026 Shattuck Ave., Berkeley). BooksInc.net and BerkeleyPublicLibrary.org

Every Dog Has His Say