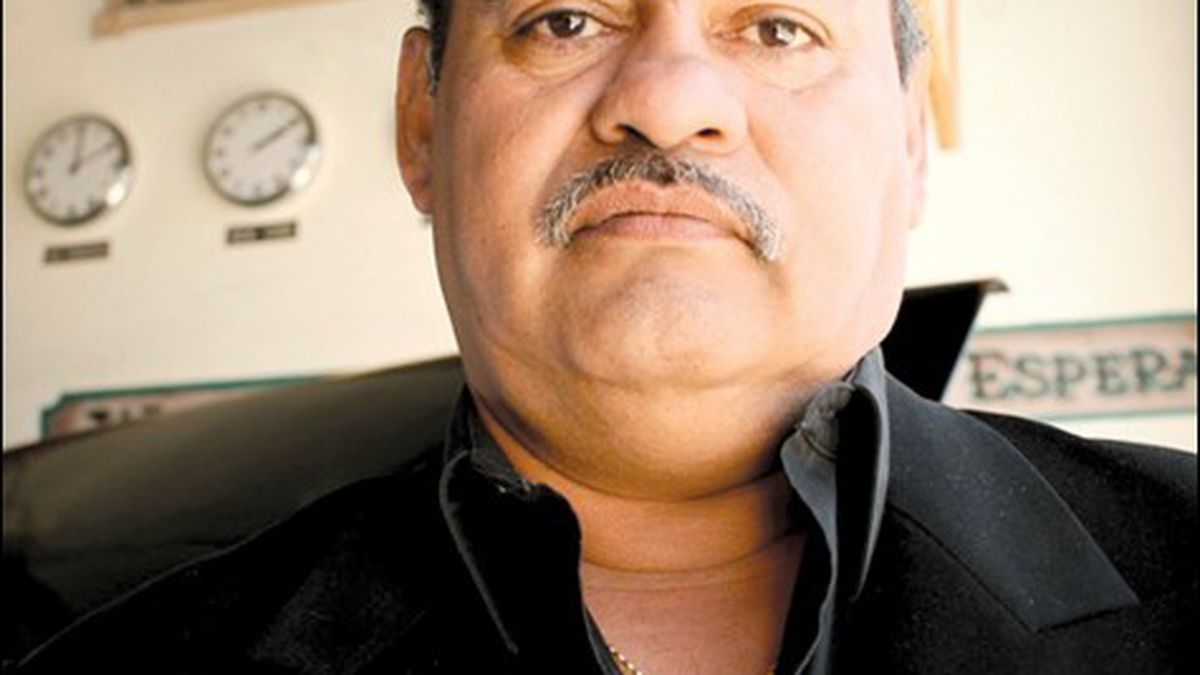 Jose Ortiz, a former revolutionary from Fruitvale, attempts to smooth the rough relationship between youth and police with his tricked-out cop car.

Oakland’s Fruitvale district once swarmed with lowriders. Before imported palm trees and politically correct street names, East 14th on a summer afternoon was a red carpet for the pageant of ’73 Oldsmobiles and ’54 Chevy Bel Aires, their two-tone paint jobs reflecting admiring faces and their bumpers just skirting the asphalt.

Where the lowriders rolled and bounced, the law followed or preceded, and the intersection of Fruitvale Avenue and East 14th Street was a strategic waiting point for motorcycle cops with ticket books at the ready to cite a modified vehicle. “All they was doing was they stayed in one corner and write a ticket to every lowrider that was driving around here,” recalled Jose Ortiz. “And in those days, there was a lot of lowriders driving around here.” Ortiz, a Fruitvale resident since he left Puerto Rico 33 years ago, said he never got cited for his ’63 Impala Super Sport, but as the leader of a car club and the father of teen boys, most people he knew did.

Ortiz scratched his memories while standing in Sin-Mex, the body shop his son runs that no longer installs hydraulic suspensions at the rate it once did on a street no longer called East 14th. Former lowriders have families and drive minivans. Anti-cruising signs are gone from Lake Merritt, and the Oakland Police Department is more concerned about sideshows than modified cars.

The cops and the cruisers reached a truce. And if there is a white flag to mark the armistice, it’s parked right before Ortiz’s polished black shoes: the Oakland police lowrider.

An original 1991 Crown Victoria, last driven by Officer Miguel Soto when he was killed on duty in 1994, the car was modified by the sweat, money, and parts donated by Ortiz, his partner Louis “Big Lou” Feliciano, and their car club, Street Inspiration. A mechanic polished the exterior while Ortiz, his black suit setting off a salt and pepper moustache and gold chain with his nickname “Cheo” hanging around his burly neck, showed off the bells and whistles — a six battery-powered hydraulic suspension; ten switches on a translucent blue joystick; four sub-woofers in the trunk; and a working police siren and emergency lights.

The flashy stuff is for the kids. What matters to Ortiz is their reaction, their desire to approach a police car they would normally flee, like the teens who stopped on the sidewalk to take pictures with their cell phones as we talked. In the fifteen years since OPD donated the car, Ortiz has maintained its polish and service through his organization, Community Outreach Program Alternatives, with the mission of connecting natural enemies of the urban habitat — law enforcement and youngsters — with the bait of hydraulic suspension.

“When you drive a regular police car,” Ortiz explained, his words coated in a thick Puerto Rican accent, kids “run away from you. When you drive a machine like this, they’re chasing you down to stop and see the car.”

Ortiz calls himself a “crime prevention consultant,” and the officers and politicians he works with laud him for his youth outreach efforts. But with a revolutionary childhood and a life of sticking his nose up at authority, he’s an unlikely fit for the job of smoothing the friction between Oakland youth and the law.

Ortiz came of age in Puerto Rico in the 1960s, during the growth of the independence movement. A neighboring house was turned into the headquarters for Rubén Berríos‘ Puerto Rican Independence Party, and Ortiz became a teenage foot soldier for the cause. At fifteen, Ortiz joined a massive protest at the island’s major newspaper, El Mundo. The next day, he saw his face all over the media, “playing congas with my neighbor, who was one of the leaders of the independent movement.”

Soon after, his mom handed him a ticket to the United States. “I only found out maybe five years ago about my FBI file,” he said.

That was only the start of Ortiz’s troubles with authorities. A month after landing in the states, he signed up for the army so he could continue his education afterward. But a year later, Ortiz went AWOL, deserted with his new wife to Puerto Rico, and then turned himself in to awaiting handcuffs at the Puerto Rican base. “I didn’t like taking orders. I was a revolutionary. I was a kid,” he said. After a few days in a jail cell, Ortiz relocated to East Oakland, home of his wife’s family.

But law enforcement was always close to Ortiz, despite his seeming disdain for authorities. He grew up playing ball in the Police Activities League; several cousins in Puerto Rico and New York are on the police force. And once you’ve seen an officer in uniform pass out drunk in your bathroom as his cousin once did, Ortiz explained, you don’t have a problem viewing policemen as real people.

As he settled into his new life in Oakland, where he simultaneously befriended and was harassed by police officers, he made it his mission to open a line of communication between the cops and the community. The car is the culmination of that idea. Eddie Bermudez, an OPD traffic enforcement officer and former lowrider during his youth in the Mission District, often drives the car with Ortiz to schools, parades, and block parties. He said it immediately melts the animosity kids feel: “I pull up … you have all the kids flocking to the lowrider because they relate to something like that.” Then, they can have a conversation about resisting peer pressure or staying away from drugs. Or they can just talk about hydraulics, car stereos, and chrome rims.

Long past the heyday of lowrider culture, Ortiz isn’t worried about the car’s image getting stale. “This car speaks for itself,” he said. “It’s a magnet.” He conceded that his goal is ambitious, that “the incident with Oscar Grant gave a black eye to all law enforcement.” Even his own son disdains the police.

But for kids who otherwise have no positive experience with the law, Ortiz believes the lowrider is a powerful tool. It will be at this weekend’s “Chrome and Cops 4 Kids” car show, benefiting the Police Activities League. And because Ortiz’s program can use all the help it can get, a new tool is in the works for next school year. In the back of Sin-Mex, still wearing a scraped up desert-tan coat of paint from its tour in Kuwait, is a US Army Hummer, ready to be tricked out with police logos and in the schools come fall.