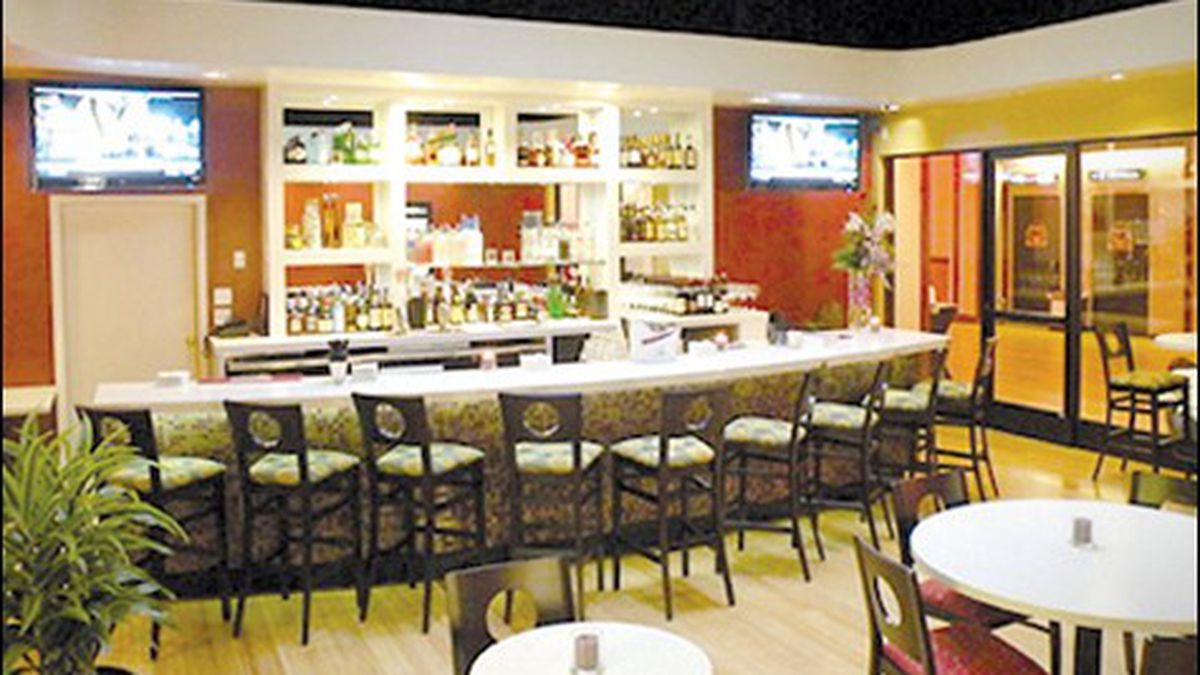 Lot 68 Lounge: Drinking at the Movies

Undisputed fact of cinema: Going to the movies, like all but a tiny fraction of activities, is better when buzzed. Jokes are funnier, dramatic moments drama-ier, action shots blurrier and more disorienting. So glory be that the good people at Shattuck Cinemas figured this out and installed a full bar right next to the lobby, enter-able both from the street and from the other side of the box office. On a stretch of street that’s devoid of bars serving hard liquor, Lot 68 Lounge already feels like a find, but inside a movie theater, it’s brilliant.

The multiplex also has two theaters designated for its “Liquidflix” shows, which are terribly named but otherwise awesome: big, comfy, cuddle-friendly couches and a liberal open-container policy that allows you to bring your drink in. Which is a godsend in the sense that it means, for example, you won’t be in the position of accidentally dropping your smuggled wine bottle during one of the particularly suspenseful moments in Black Swan, causing the entire audience to hear the repeated, god-awful, ka-thunk of glass as it rolls down the stairs, coming to rest just below the screen. Uhhhh, sorry about that, California Theatre!

Lot 68 is, indeed, in an odd location — entirely invisible from the street, easy to miss unless you know what you’re looking for — giving it the distinct impression of being like something of a secret hideout. Plus, a large swath of the wall facing into the theater lobby is glass, adding a wonderfully submariney feeling (and a delicious people-watching option) to the whole thing. But otherwise, it looks not unlike any other cozy, blandly upscale bar: nice lighting, upholstered chairs, red walls, vaguely mod-looking white tables. The bar is flanked by (backed!) stools and decorated with little ceramic candle- and flower-holders; behind it, there’s a set of backlit alcohol bottles and a twinset of flat-screen TVs silently playing sports. Lot 68’s location means the clientele is roughly as heterogeneous as the moviegoing population at large, and its peak hours are often dictated by the quirks of the theater schedule: I’ve seen it completely packed at, say 4:30 in the afternoon on a Saturday, but I’ve also seen it empty and silent four hours later, just as Shattuck Avenue outside begins to get busy. On a Thursday at seven, it was nearly empty, just a couple of single drinkers sitting at the bar, most likely biding their time before a movie. “This place is nice,” said my friend, almost immediately upon sitting down, and he minored in film so he clearly knows what he’s talking about.

Lot 68 is small, with a little slip of a stoveless kitchen, but its offerings are many — the heftily padded menu contains a full two pages of pub-food standards, and a booze selection that rivals many full-scale stand-alone bars: Pyramid Hef and Trumer Pils on tap for $5, plus fifteen other bottled beers and nearly two dozen wines, some surprisingly fancy, available by the bottle and the glass. Cocktails tend toward the vodka-y and Nineties-inspired: a melon drop, a pomegranate margarita, a — wait for it — chocotini. But once I got past the name, the fastidiously prepared Peppertini (Absolut Peppar and spicy tomato juice, $9) wasn’t half-bad — kind of like a less-heavy Bloody Mary, adequately spicy and strong enough; my friend tried the cucumber cosmo (Square One cucumber vodka, Cointreau, and lime and cranberry juice, also $9) and found it a little lacking in cucumberiness but otherwise drinkable and delicious. At any rate: You can’t go wrong with a BLT and a beer. Undisputed fact.