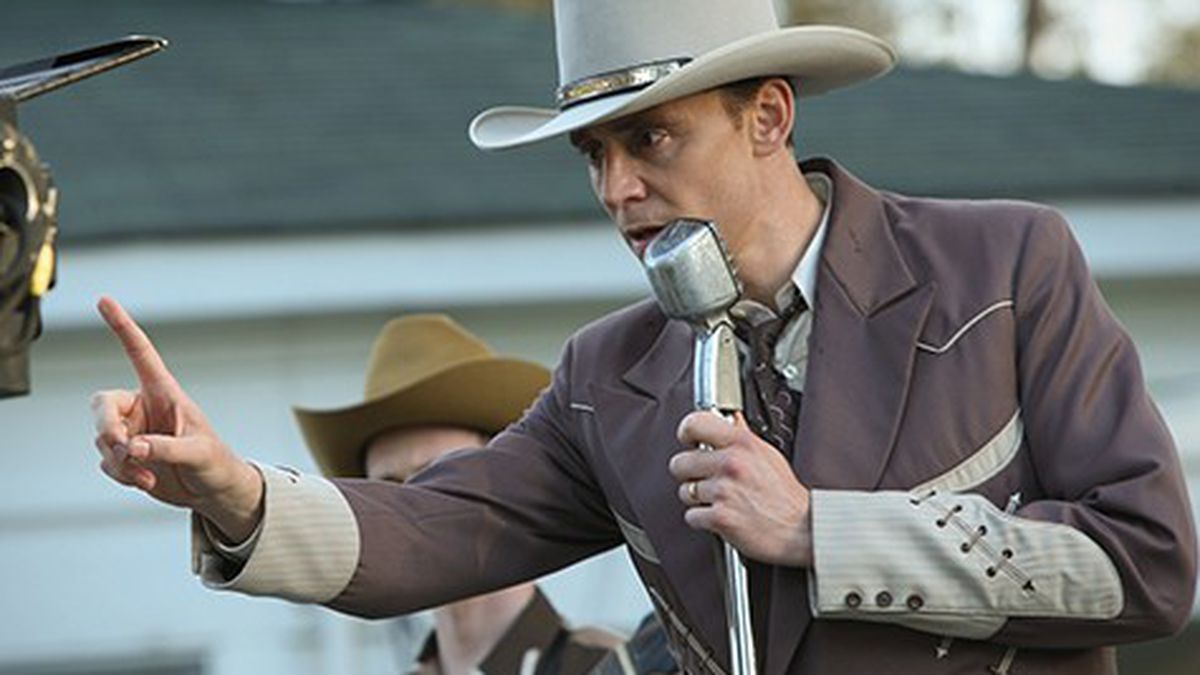 I Saw the Light makes road kill of Hank Williams.

Country music legend Hank Williams was a sad and lonely guy. That much is a given. But that’s no reason for the makers of the Williams biopic I Saw the Light to grind him into the carpet the way they do. Give the poor ol’ boy a break.

Right off the bat, Tom Hiddleston doesn’t fit the part in any way except the obvious skinny-body resemblance. If filmmaker Marc Abraham’s sole intention was to depict Williams as some sort of soul-sucking Alabama crooner/vampire in the mold of Hiddleston’s roles in Crimson Peak, Thor: The Dark World, or Only Lovers Left Alive, the gaunt English actor might have been an apt, if conversation-killing, choice. But Williams was so much more than that. Don’t take our word for it —consult the works of Johnny Cash, Keith Richards, Bob Dylan, or Greil Marcus if you have any doubts about what Hank Williams means to American music.

Producer-turned-writer-director Abraham (the RoboCop remake, Children of Men) imagines the artist in a ceaseless struggle against disapproval. From the very beginning of the chronological stack-up, Williams is hectored by everyone he knows, every moment of the day. His mother Lillie (Cherry Jones) is a harpy who only pauses her controlling mechanism to complain about Audrey, Hank’s grumpy wife (Elizabeth Olsen). When Williams is feeling sorry for himself, which happens in just about every scene, he pictures Audrey and Lillie as leeches attached to his checkbook. The main “other women” in his checkerboard life, played by Wrenn Schmidt and Maddie Hasson, follow along similar lines. Even the Grand Ole Opry has its doubts, at first. People trouble everywhere. Only music publisher Fred Rose (Bradley Whitford) believes in Hank — if only the guy could kick the booze, pills, and floozies, i.e., the things that made Hank Hank.

It’s true that Williams was a dry-out/drunk-tank recidivist. As a contrast to that, the film spends very little time showing its subject engaged in the act of creation, writing songs or at work in the recording studio. There’s a scene in which Williams walks out onto the street in New York after a career triumph. Characteristically, he feels an emptiness. Instead of letting him, say, randomly walk into a bar where one of his songs is playing on the jukebox and quietly observe the faces of the customers drinking in his high, lonesome, wolf-tone howling voice (which Hiddleston does not possess — but credit him for giving it his best shot), the scene jump-cuts away to yet another misunderstanding. In a nutshell, that’s what’s wrong with this inert, static movie, with its lead-balloon non-sequitur dialogue. Hank Williams was a beautiful loser but I Saw the Light fails to reveal his beauty.