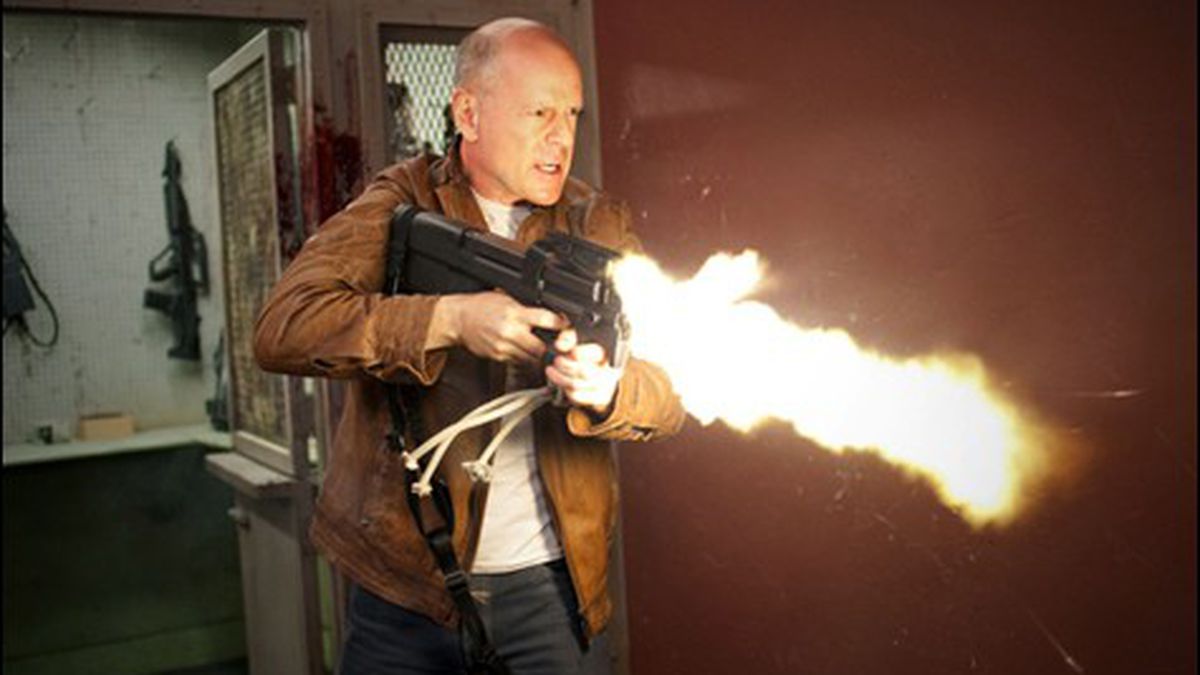 Time traveling for fun and profit!

This time-travel shit just fries your brain like an egg,” says Looper‘s schlubby crime boss, Abe (Jeff Daniels), and he’s right: Time-travel movies usually don’t make a hell of a lot of sense. So here, right off the bat, is one of the many great things about Looper: It dispenses with the head-scratching early on, fully aware that paradoxes will bewilder and that space-time is a pretty iffy playground — but that, even so, there’s a lot of fun to be had. Looper is crazy smart, but (unlike with, say, Inception) you won’t spend its runtime trying to glue together its illogic. You’ll just be enjoying the movie. Because all you need to know to enjoy Looper is that actions have consequences — and Looper is an action movie.

But Looper is “just” an action movie the same way Brick was “just” a noir, or The Brothers Bloom was “just” a heist flick. All three were written and directed by Rian Johnson, and with each, Johnson appropriates the skeleton of a genre, then fleshes it out in astonishingly clever ways. On paper, there’s no way Brick, a grim murder-mystery set in a SoCal high school, should’ve been so gorgeous and heartbreaking, or that Brothers Bloom should’ve so easily blossomed into a hilarious, sweet romance. And on paper, Looper‘s premise ….

Hell, on paper, Looper‘s premise sounds badass: Time travel doesn’t exist yet, but it does in the future. And in the future, one sure-fire way for criminals to dispose of problematic individuals is to send them into the past — where an assassin known as a “looper” is ready and waiting. Problematic individual gets zapped into the past, the looper shoots ’em and pockets the silver that’s taped to their body, and — space-time having been thoroughly exploited — proceeds to blow his silver on cars, drugs, girls. Joe (Joseph Gordon-Levitt) is a looper, and while he’s arrogant, strung-out, and selfish, he’s also pretty content with his crappy life until his next victim, Joe (Bruce Willis), zaps into place. The two Joes are the same Joe, separated by thirty hard years — and Cranky Old Joe has no intention of letting Young Jackass Joe take him out.

It’s a slick setup, and most filmmakers would be content to leave it at that. But Johnson, true to form, blows it out in bigger, weirder directions. Looper riffs on other sci-fi flicks — most notably The Terminator — but ends up feeling surprising, focused, intense, and original. It’s also a movie that’s better the less you know going in, so all I’ll say is that the stakes are higher than they first appear, and the action — kinetic, intellectual, emotional — doesn’t disappoint.

Like the lonely football field of Brick or the madcap Europe of The Brothers Bloom, Looper‘s world — where technology feels tangible, America’s class divide is split even wider, and a vault of blood-splattered silver still can’t solve your mommy and/or daddy issues — is a hell of a place to visit. And if there’s one thing most of the people who live there can agree on — in between shootouts, anyway — it’s that predicting the future is a fool’s errand. Which maybe makes me a fool to admit that I’m already excited for Johnson’s next movie. But I don’t think so.