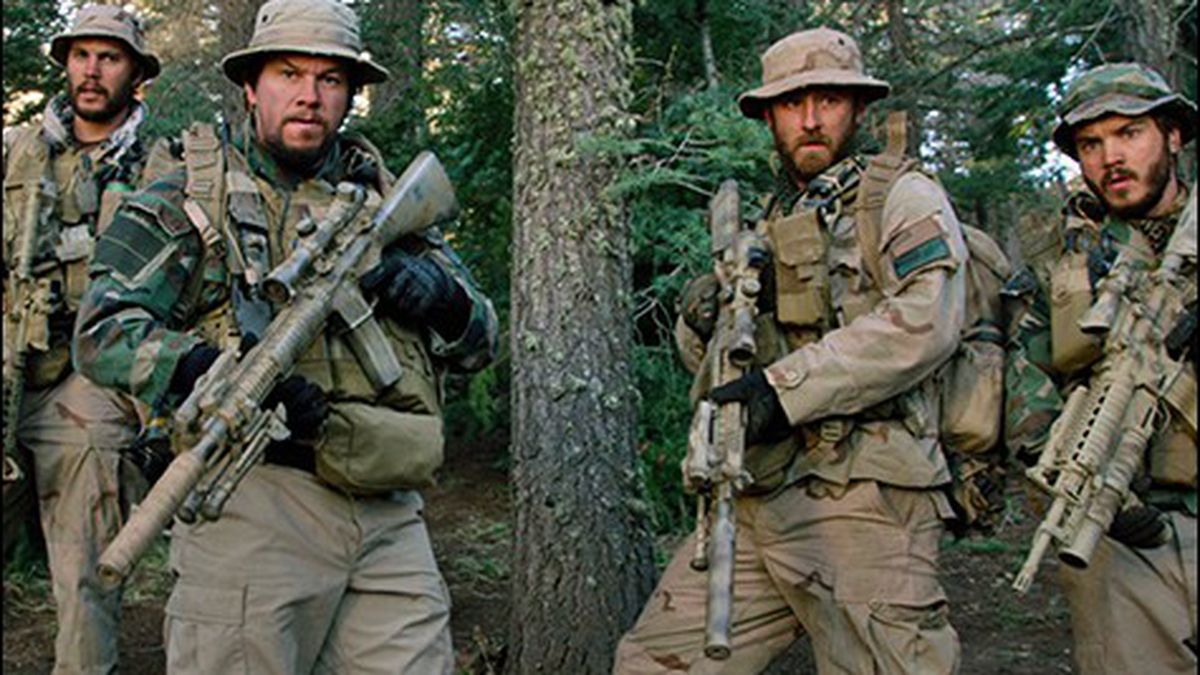 The plot spoiler is in the title. We’re told up front that there is only going to be one Lone Survivor from among the four Navy SEALs flown into the mountains of Northeastern Afghanistan in June of 2005 to “neutralize” a Taliban leader. Scanning the cast list, we can guess even before seeing the movie that the lucky man is going to be the one played by actor Mark Wahlberg: Marcus Luttrell, a Navy medical corpsman who went on to co-author a best-selling book on the subject, upon which writer-director Peter Berg based his screenplay.

So the suspense factor is out. So, too, frankly, is the basic legitimacy of a such a war movie in the first place, in the minds of some civilian audiences who would rather not think about what happens to American men and women doing their jobs in places like Kunar Province and Sawtalo Sar peak. The debate is a longstanding one involving politics (of culture and art as well as the public-affairs variety), about which subjects deserve glossy, high-profile movies and which ones do not. The argument has raged for years in one form or another, over hundreds of movies, from The Birth of a Nation and All Quiet on the Western Front to Sands of Iwo Jima, The Red Badge of Courage, The Burmese Harp, The Battle of Algiers, Das Boot, and The Messenger.

Essentially, film lovers occasionally have to be able to put their politics and their appreciation of the cinematic arts into separate compartments, with the understanding that a well written, convincingly acted, intelligently directed movie can, at times, go against the viewer’s beliefs and still be worth watching and talking about — in other words, that a good film is a good film no matter what “side” it’s coming from. No genre pushes these buttons as strongly as a war movie. We may question why America, after all these years, is still engaged in Afghanistan — we may hate all wars and shun the warriors — but at the same time we owe it to ourselves to be open to stories about the people doing the fighting, because of the shared humanity that art reveals to us. Nothing human should be foreign to us. In that frame of mind, a portrait of a Talib planting IEDs is ostensibly as worthy of appreciation as the tale of a heroic Marine. Raw emotion is essential to the war movie — just read the work of director, screenwriter, and novelist Samuel Fuller — and every human being has his or her reasons.

In a nutshell, that’s why we care so much about Marcus and his fellow soldiers, Navy Lt. Mike Murphy (Taylor Kitsch), Navy Gunner’s Mate Second Class Danny Dietz (Emile Hirsch), and Navy Sonar Technician Second Class Matt “Axe” Axelson (Ben Foster), and what happens when they accidentally run into a trio of goat herders on the mountain.

Berg, a former character actor and affable screen presence in action pics (Smokin’ Aces, his own Battleship), films the SEALs’ heated exchange with the forces of Ahmad Shah (Yousuf Azami) with a crisp, efficient realism that doesn’t sacrifice the lethal ironies of combat against a native insurgency. Hard edges, clean visual lines of action, very little gung-ho boo-rah except for a brief moment back at Bagram, alongside CO Eric Bana and rookie Alexander Ludwig — there’s always a little Top Gun comradely bullshit, even in the toughest war story. Regardless, each of the four main actors handles his role in a way Howard Hawks might recognize.

Marcus and his buddies are regular middle-class guys, planning a wedding online, pricing an Arabian horse for the significant other, etc. — except that, as we’re shown during the opening credits, they’ve been rigorously trained to kill and be killed. Each of them carries at least a thousand dollars’ worth of equipment on him, and they’re up against guys in robes and sandals with AKs — but the SEALs are outnumbered 200 to 4. The combat sequences are as strong and nerve-rattling as anything in Black Hawk Down. The bad guys win. Sometimes it happens that way. Lone Survivor actually means something.